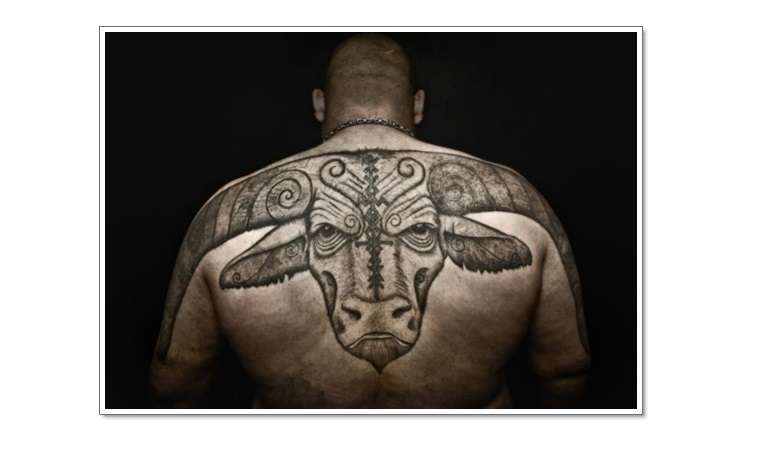 Slightly obsessed with following your star sign? It’s a sure sign that you’re a Taurus! Easy to rush into things and sometimes aggressive, you always know what you want and how to get it, and you love openly. These awesome Taurus tattoos will remind you of all the qualities that you both love and hate about being a Bull!

Zodiac signs are a popular choice for those looking to have body art completed on their skin. There are numerous different signs that can be chosen, from the water bearer Aquarius to the pure and demure Virgo. Yet, one of the most popular of the options in zodiac tattoos may be more associated with an emotion than an actual sign. Taurus tattoos are extremely popular in what they depict and the emotions that they evoke.

Marked by the image of a bull, Taurus tattoos are beautiful and stunning and also fun and creative, depending on the aesthetic want of the client. The following are some of the different aspects of these tattoos that are commonly seen on the body of those who want to sport their aggressive sign on their body. One of the most common interpretations of the zodiac Taurus tattoo is the realistic approach. This involves an artist actually taking the image of the bull in its full beauty and translating it to the body. Usually, this type of tattoo will have details that almost walk the line between cartoon and realistic. The realistic tattoo is that which looks like a photograph has been taken directly from the bull and transferred onto the skin.

This can be done with an actual photo or may use some artistic leeway, depending on the setup and what you and your artist decide. The goal of the realistic photographic tattoo is to take the image that is seen by the naked eye in real life, for lack of a better term, and turn that into the most accurate depiction on the skin. These can be quite beautiful if done the correct way.

Another of the most popular Taurus tattoos that are depicted in body art are those that focus on just the sign itself. What is meant by this is that often these are the zodiac symbol as seen on artwork and calendars, for example. These are simplistic yet can be highly powerful. Usually, like the realistic tattoos, the face of the bull is highlighted or the body of the beast in a running or active way. Realism, however, is not the goal for this tattoo but a depiction of an almost cartoon-like or simple line tattoo. Do not be mistaken, though, these line tattoos can take time and be just as emotionally invoking as the realistic tattoos but in an understated way.

In the realistic and the cartoon depictions of Taurus tattoos, the bull tends to be in some sort of action. They may be running or snorting. They may be glaring or kicking their legs. This is common in that it highlights the aggressive nature of the bull itself when threatened or when attacked. Most individuals who get this zodiac symbol choose the action shot because it is depicting what their sign is about: aggression and passion. A qualified artist will discuss with you what you want from your tattoo, the feelings you wish to evoke, and what you expect to see painted on your skin when done.

Black and white Taurus tattoos are a popular option. This is especially true when it comes to the zodiac symbol rather than a realistic portrayal. The reason is that it can create a stark contrast on the skin that does not become too busy or bogged down in details. For that reason, if you have a small space or want to really make one aspect of the bull pop, consider a black and white tattoo or simple color design. This can highlight features rather than become so overwhelming to the eye. Though it is common to see Taurus tattoos in a simpler design, do not think that that is the only ones that you will come across. On the contrary, it is often the more realistic depictions that have a deeper color palette and more space that allows for involved colors and hues. Because of the passion and aggression that is associated with the bull, colors that are used often include reds and blacks, as well as yellow in the eyes as a way to highlight this mystique and unique feature. Ultimately, though, it is your tattoo and you can do as you wish…after talking to your artist of course!