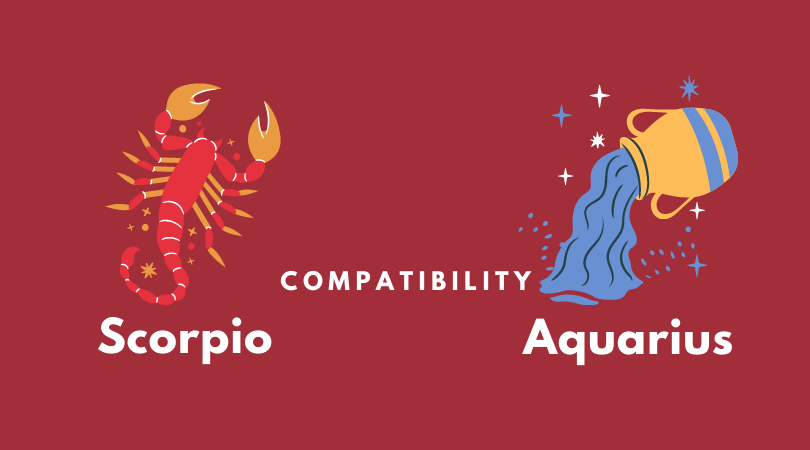 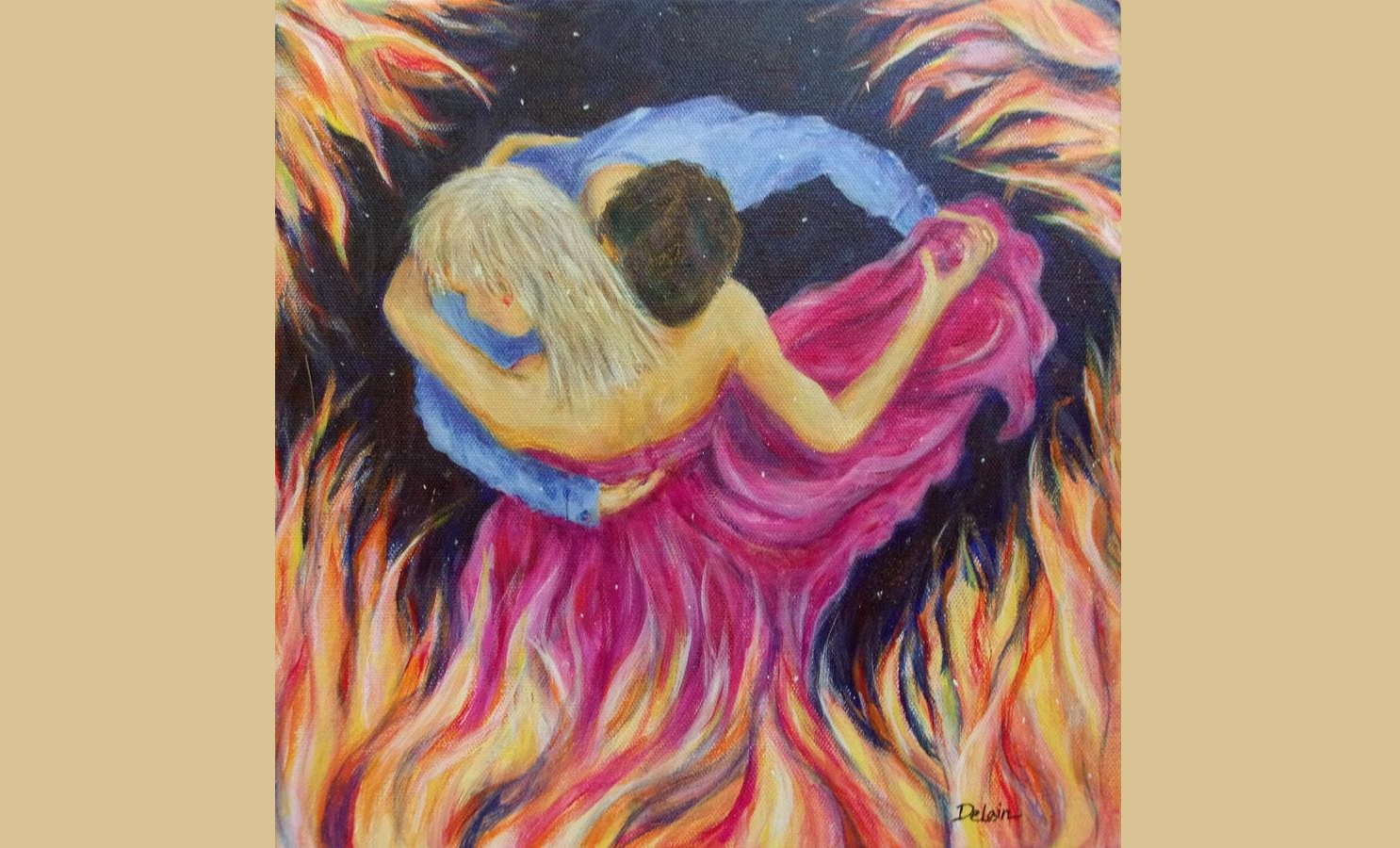 Romance and love between a Scorpio and an Aquarius will involve two strong-willed and independent individuals. Scorpio brings mystery, intensity, and passion to this connection. Aquarius brings adventurousness, rebelliousness, and a powerful, explorative intellect. Scorpio’s unpredictability will fire the imagination of risky Aquarius.

Both can be emotionally aloof but will know intuitively how to give each other space without pressure to communicate thoughts and feelings when it suits either partner to do so. A strong bond of closeness will exist between a Scorpio and an Aquarius. However, closeness will need to take the form of unequivocal love before freedom-loving Aquarius can offer loyalty-obsessed Scorpio the commitment Scorpio wants and needs. 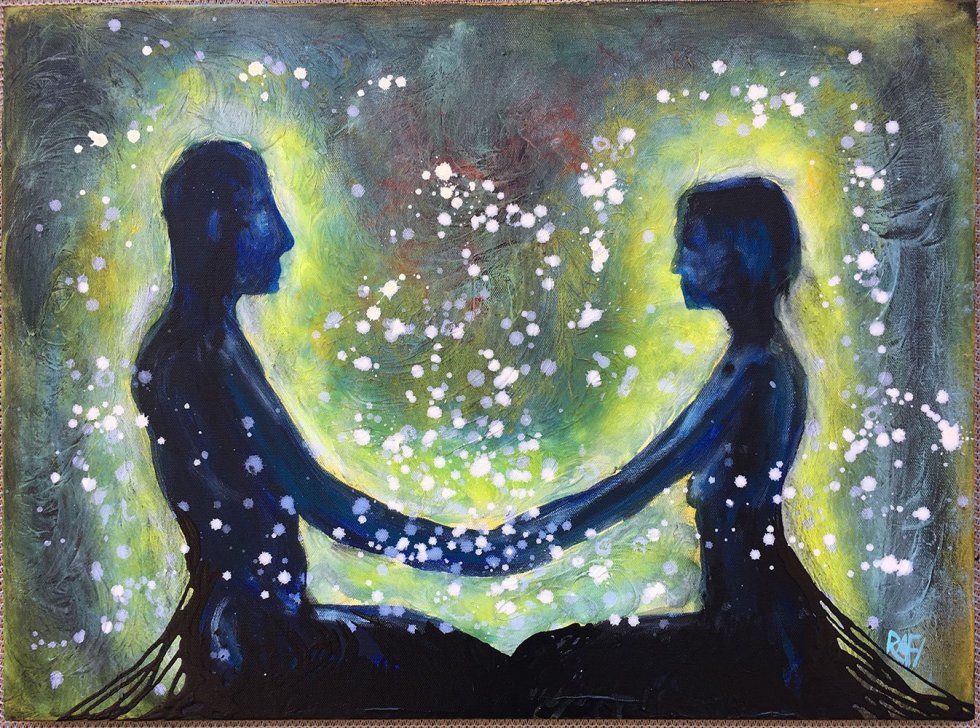 S# xuali ty and physical compatibility between a Scorpio and an Aquarius will be unlikely to be balanced, passion-wise. However, it will be strong due to each other’s keenness to keep s# x varied and experimental. Scorpio will want to avoid anything conventional or traditional s# xua lly, preferring instead to explore depths of intimacy that require a very willing and open-minded partner.

Intellectual compatibility and communication between a Scorpio and an Aquarius could encounter issues due to Scorpio being naturally suspicious, possessive and prone to jealousy. Therefore, Scorpio could find it difficult to trust their freedom-loving Aquarius partner.

This can become more complex due to Aquarius’s rebelliousness and independent traits. Intellectual and communication compatibility between a Scorpio and an Aquarius will require a need to accept each other’s diverse needs and allow time to establish trust before a meeting of minds can occur. Fortunately, they are two future-thinking people who will delight in discussing the latest technologies and gadgets!

Strengths and Weaknesses between Scorpio & Aquarius 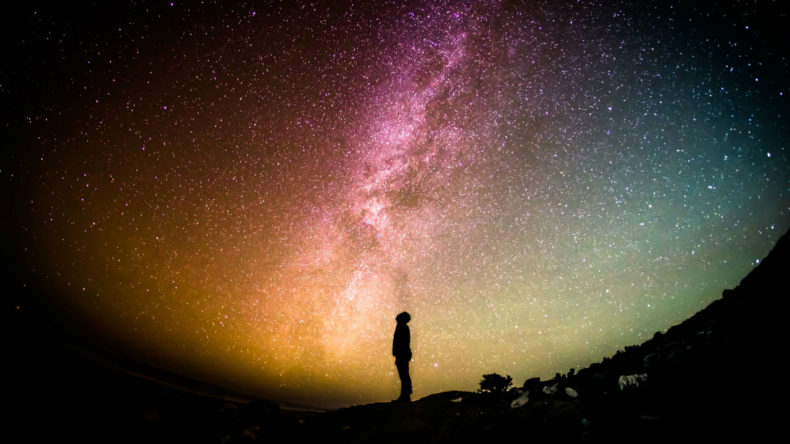 Strengths of a Scorpio and Aquarius relationship involve both providing what each other lacks. Scorpio can help Aquarius to understand that commitment or settling down can be immensely enjoyable without the level of compromise Aquarius believes will be required. Aquarius can help Scorpio to be less defensive toward or suspicious of anyone or anything new or unusual.

The weaknesses of a Scorpio and Aquarius relationship can surround both constantly questioning each other’s loyalty and mistrust that comes from doing so. Scorpio won’t be happy with sharing their Aquarius with Aquarius’s many friends and could assume Aquarius has a romantic interest in more than one of them. Aquarius might feel threated at Scorpio’s flirtatious conversational style that can come across as provocative. A relationship between a Scorpio and an Aquarius will require constant reassurance to control insecurities on both sides.

General Compatibility between Scorpio & Aquarius
General compatibility between a Scorpio and an Aquarius could involve Scorpio being attracted to Aquarius’s eccentricity and keenness to be unusual or stand out from crowds. Aquarius will likely be drawn to Scorpio’s deep and mysterious qualities that will encourage Aquarius to rise to the challenge of discovering what’s behind Scorpio’s enigmatic persona.

This is a relationship comprising two forward-thinking and ambitious individuals with very different outlooks on life. As a friendship or business relationship, it’s Five-Star material. However, if a Scorpio and Aquarius can be open-minded and receptive to each other’s different ways and controlling personalities, then a strong bond of love isn’t impossible.

The Scorpio Man will admire the Aquarius Woman’s intelligence, and she will likely be drawn to the Scorpio Man’s visible inner strength. However, even though an emotional connection might not be instant, a Scorpio Man and Aquarius Woman can sense the solid team they can be if they draw upon and share their unique abilities.

This will start with the Scorpio Man helping the Aquarius Woman to create a better balance between her intellect and intuition. She can learn that feelings and emotions have magical qualities and needn’t be feared or suppressed. The Aquarius Woman can help the Scorpio Man to apply a bit more intellect to feelings and emotions. With her help, he can start to make sense of his confusing and fluctuating moods and sensitivities.

If he finds it difficult to do so within himself, then he’ll have to learn to apply his unique and impressive intellect to become more adept at reading the Scorpio Woman’s feelings without having to be asked. With plenty of compromise on both sides, a Scorpio Woman and Aquarius Man relationship can be an enduring and delightfully quirky match!