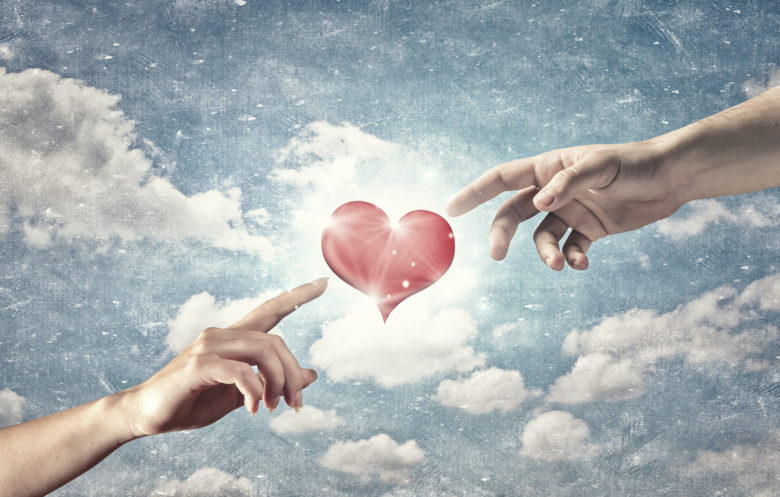 Did you know there is a provable way to determine if a person you love could be your soulmate? Though the concept of a Soulmate is a relative and subjective one, soulmates always have strong astrological connections.

You and your partner’s astrology charts may be one of the biggest indicators of how strong a relationship you will have together.

One such aspect is a North / South Nodal connection- these are some of the strongest indications of true love. For example, your Sun could be conjunct (aligned with) your lover’s North Node.

These synastry angles are very frequently shared between soulmates. All longterm lovers have some form of strong astrological connection; there is no such thing as 2 soulmates without soulmate astrology connections.

The Nodes of the Moon

The North Node is an ancient point in astrology used to pinpoint your destiny- one of the most important parts of your chart. The South Node represents childhood, and in Karmic Astrology, Past Lives.

The NN is the point at which the Moon crosses the ecliptic plane, the plane of all planets, at any time of the month. The NN position changes signs about every year and a half progressing backwards through the zodiac; that means every 18 years, a person experiences a North Nodal Return.

Here are 6 universal astrology angles and signs that indicate you have found your soulmate:

Sometimes lovers feel connected, as if they knew each other in past incarnations.

North Node connections make two lovers work well with each other to advance in life.

With North Node conjunctions or angles, 2 lovers advance together in life and stay productive together; they help each other succeed and are always pushing each other to do better.

North Node connections drive the two towards their destinies with passion, and love is constructed around a mutual appreciation for fate. This effect is similar to a Midheaven connection, or Ascendant connection.

With a person’s Pluto in aspect to their lover’s planets, the love is filled with intensity. If it’s a positive aspect, Pluto will make the lovers inseparable and mutually unable to let each other go.

Intensity is the keyword. If in harsh aspect, such as a square or opposition, this could cause obsession.

Connections between Pluto and the North/South Nodes are some of the most intense connections lovers can have.

Venus is overrated in Astrology when it comes to Love.

While the Nodes govern fate and are the truest indicator of a soulmate, Venus connections actually signal lovers who are into the pleasure side of love.

A simple aspect such as your Sun Trine your lover’s Sun could make a huge difference in compatibility. With these connections, your core being and identity is compatible with your lover’s core identity, and you both feel very much yourselves together.

Despite this being surface level synastry, the connection is significant.

With Neptune or Uranus connections, the 2 lovers are bound by imagination, ideological passion; shared ideology and spirituality. Friends can have these aspects too.

In conclusion, astrological signs play a huge role in determining the level of connection you share with another person. Everything from how well you vibe each other to how compatible you are to what your sexual expression is like can all depend largely on your astrology chart. The Nodes of the Moon are the one and only greatest indication of a soulmate connection. I highly recommend you learn how to read a synastry chart, and use the knowledge wisely.