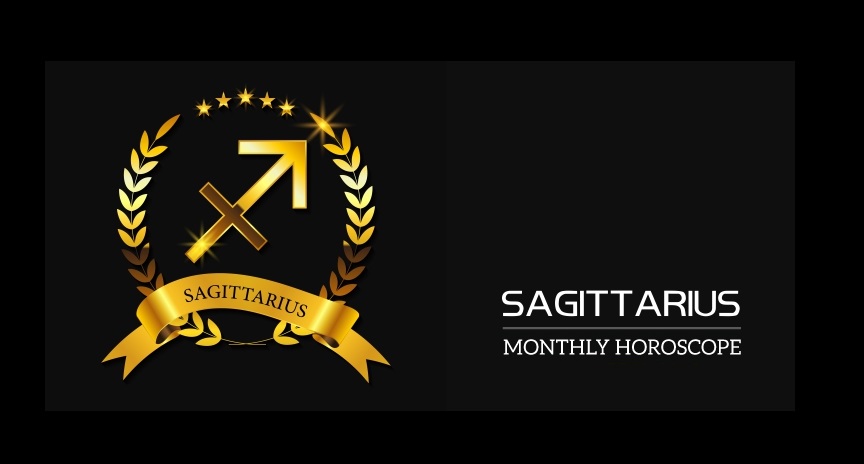 Passion or practicality? You’ll get a heaping helping of both this April, as the planets gather in two contrasting corners of your chart.

Packed into the fun-loving camp are the Sun, Mercury and Uranus, which are traveling through Aries and your expressive, “carpe diem” fifth house. But before you throw caution to the wind or race off on one of your impulsive Sagittarian adventures, a circumspect counterforce kicks in.

Intensifier Mars, structured Saturn and power-player Pluto are clustered in Capricorn and your sensible second house. All month long, they’ll issue a reminder to look both ways before rushing to “follow your heart.”

But it won’t be easy to ignore your ticker and all its temptations. The Sun remains in Aries until April 19, igniting your passionate fifth house of romance and joie de vivre. This is one of your annual hedonistic cycles, and it will be hard to resist indulging your every whim and want.

Treat yourself—you’ve earned it!—but tune in to your appetite instead of just mindlessly bingeing. Aries season will spark your playful spirit, so find a creative outlet. The muse is definitely crashed on your couch this month… so welcome her inspiration and have fun.

The glamorous rays of this Sun cycle are perfect for sprucing up your spring style. How about some vibrant nail art or one of these spring trends? Navy blue hair dye might just work for you, Sag… or maybe a streak of it. 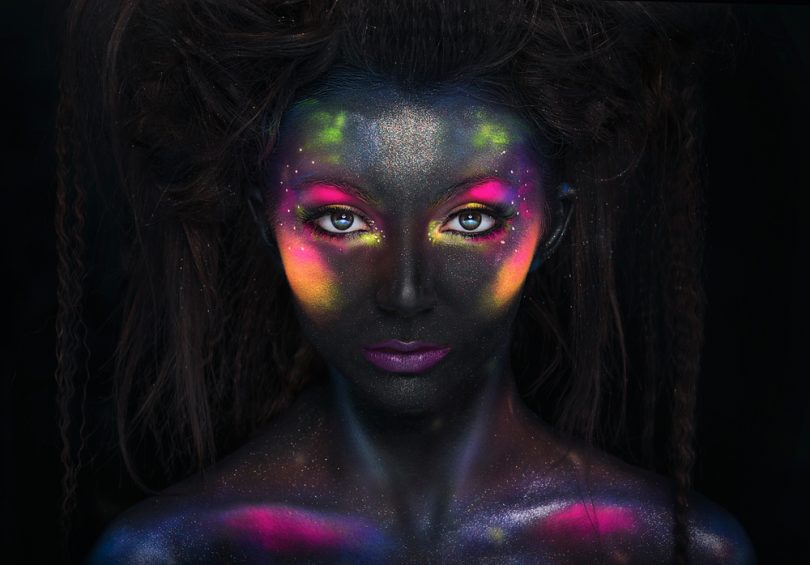 You could feel restless and cagey at moments, since Mercury—planet of communication, technology and travel—is retrograde in Aries and this expressive zone until April 15. Mercury’s mischief can stir up drama and knee-jerk reactions.

Keep that volatile temper in check and minimize frustrations as best you can. Manage your stress levels so you don’t take out your anger on other people. This retrograde could bring a case of “too much of a good thing”—and despite Mae West’s insistence that this bounty “can be wonderful,” it can also be overwhelming.

Don’t fry your own circuits by taking on more, more, more. Think twice before you dive into any plans or projects, even (especially) when your FOMO kicks in.

Retrogrades can bring back the past, and this one might find your thoughts drifting to an unresolved romantic situation. You could hear from an ex out of the blue or get a wild urge to creep their social media feeds… and maybe even comment on a post or message them.

But should you really open that door, Sag? If you’re in a relationship, Mercury retrograde could spark heated misunderstandings that can flare up fast. Take a deep breath and count to ten before you create a chaotic firestorm with your words.

You’ll be glad you held off because there’s much to look forward to in the second half of the month. On April 15—the same day that Mercury retrograde ends—the year’s only Aries new moon arrives, which will set off a six-month cycle of fresh romantic and creative energy.

On April 18, the bold Sun and spontaneous Uranus make their annual meetup in Aries, which could spark a love connection or a spontaneous creative download.

Tempering all of this wild energy (well, sort of) are Mars, Saturn and Pluto, which are gathered in Capricorn and your second house of money, work and security. With motivator Mars here from March 17 to May 16, your career and finances could be equal parts exciting and stressful.

On the upside, you might be fielding fast-and-furious opportunities. You’re in hot demand, and while that could be lucrative, it can also have you burning the candles at both ends. Deadlines and fuses can be short.

A stressful expense could crop up or you might need to hustle to make a tight turnaround time. Mars only comes here every two years, so be discerning about which opportunities you take on. Aim for ones that are most likely to pay off with both short and long-term ROI.

You’ll get an assist from sensible Saturn and insightful Pluto, which are also in Capricorn for the rest of this year (and beyond). If Mars is the gas pedal, Saturn is the brake, so you may feel a push-pull to race after something shiny and exciting, only to be seized by sudden doubts or reservations.

It’s okay to have second thoughts—more than okay, actually. In fact, you could find yourself in the full-on throes of what coach Lois Barth calls a “crush and burn.” When Mars and Saturn make a rare meetup on April 2, you might get a case of virtual whiplash from changing your mind. But better to get a little messy now than to find yourself mired in an even bigger drama down the line.

In the second half of April, Saturn and Pluto will both turn retrograde, a time to be more careful with your resources. Structured Saturn will backspin from April 17 to September 6, which could send you back to the drawing board with a project or force you to tighten your budgetary belt.

You may need to scale back your ideas or roll them out in phases. Err on the conservative side (even if eager Mars is nipping at your heels) and put a solid plan in place before moving forward. While Pluto makes its annual U-turn from April 22 to September 30, you might want to tackle some limiting beliefs around abundance.

If you’re stuck in a “scarcity mindset,” you could draw people and experiences that mirror this, and reinforce your fear-based misconceptions. Pick up a classic book like Esther and Jerry Hicks’ Ask and It Is Given for a refresher course on the spiritual Law of Attraction.

You’ll trade decadence for discipline starting April 19, when the Sun enters Taurus and your organized, healthy sixth house for a month. After four indulgent weeks, you’re eager to start spring training and get all your systems in place.

Do a deep cleaning, switch over your seasonal wardrobe and decor, replace “comfort food” with nutritious fare. The sixth house rules helpful people and pets. You might enhance your life by delegating to a capable assistant or spending time with a furry friend.

Time to let something go? On April 29, the year’s only Scorpio full moon beams into your twelfth house of healing, endings and release. If you’ve been clinging tightly to an outmoded situation, this lunar light can help you devise an exit strategy. Where have you been swimming upstream? Release the struggle.

You may be unusually tired with la luna in this restful zone, but don’t fight that current either. Your subconscious is highly activated, and you could receive important information through your dreams or meditation. Pay attention to strong gut feelings as your intuition is sending powerful guidance. /TheAstroTwins