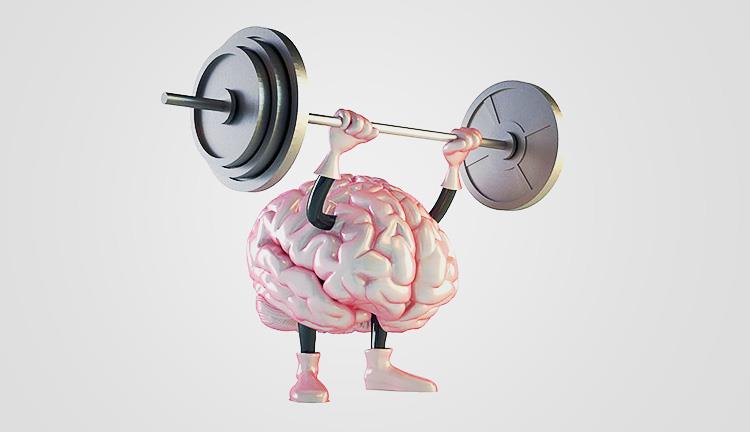 Every person is strong in their own rights. Each and every one of us has a special something which is unique to them; it is this unique ability which makes every one of us special in our own way. Sometimes it may be the case that a person might be unable to discover his/her quality, but that doesn’t mean that the person doesn’t have anything special. It is just a matter of discovering oneself in newer ways to unearth every fragment of one’s soul to oneself.

Our zodiac signs can give us a hint in the matter. They govern the special attributes that we possess and can show us the right way of approach to achieve greatness using those abilities. Let’s just have a look at what each zodiac has to offer and what each zodiac’s strongest mental ability is.

Aries
Aries fall under the ruling planet of Mars and belong to the fire element. Hence, it is only natural that they have a very fiery and aggressive personality. It should also not come as a surprise that these people are some of the strongest and bravest people around, always ready to take up the challenge and defend and protect those they love. Aries also possess a very spontaneous and fun-loving personality, and their happy persona seems to infect people around them too.

Aries act as inspirational figures for people around them as their unending devotion and bravery only spurs people to take on any challenge with a valiant heart. They love to take charge of a situation and come up with new and innovative initiatives. Some of them also display a child-like enthusiasm which is hard to match when they find something they like.

Taurus
Taurus is an earth sign which is governed by the planet Venus. They are known for their positivity and reliability, which is very common among earth signs. Their friendly nature is also a trademark personality trait for Taureans, as is their strong willpower and hardworking nature.

However, perhaps the strongest and most important mental ability that they have is their strong determination and will to stick to aesthetics. They are not the ones to break the rules and will give their heart and soul to get the job done. The fact that they love security and dislike changes is what makes them perfect for important jobs which require loads of commitment and dedication. This is exactly what makes them perfectly and utterly reliable.

Gemini
Gemini is an air sign under the ruling planet of Mercury. The dual personality of Geminis makes them as fickle-minded as can be possible, and they are always in two minds about whatever they do. However, this very personality also gives them a sharp intellect which helps them achieve greatness in life. Their mental prowess helps them make hard, logical decisions where they think of all the possible outcomes of their actions and make an informed decision accordingly.

Geminis also show a quick grasping of difficult concepts which other people find it hard to understand. Their mind is also equipped with excellent reading and writing skills which are the envy of anyone wanting to excel in these departments. Apart from that, they are generally very happy people always willing to help and please people around them. Talkative as they are, it is not hard for them to make friends wherever they go.

Cancer
This zodiac sign, ruled by the Moon, shares the water element. Just like water itself, Cancerians are fluid enough to adjust to any situation without a problem. Adapting to various situations is a part of their personality. Another very important ability that these people possess is the ability to love and care beyond limitations. They harbor such nurturing feelings that people come to them in times of need and trepidations.

Sacrificing their own happiness for those around them comes naturally to this water sign. To them, sacrifice is the ultimate proof of real and uninhibited love and respect. Their strong intuition also makes them receptive to other people’s opinions and feelings, making them rather easy to talk to. Their high range of emotions sometimes brings them to the receiving end of grief and sorrow as well.

Leo
Leos are governed by the Sun, and hence, naturally belong to the fire element. Just like the Sun and the fire element, they are hot-headed and expect royal treatment from everyone, but also they also possess the kindest hearts and the strongest will. Nobody dares to mess with them or their loved ones because of fear of what this sign might do. Leos are also very noble in whatever they do and never back down from a challenge or betray their friends and family.

Apart from that, Leos are gifted with a kind of thinking which takes into account every aspect of a situation to arrive at a logical solution. Their expanded thinking and self-confidence make them the perfect leaders to follow. They also hide an inspiring and artistic side of their personality underneath all the fierce energy.

Virgo
Virgo falls under the ruling planet of Mercury and has the earth element. Like any typical earth sign, Virgos are grounded and humble, but not in the least under-confident and easy to walk over. In fact, Virgos hold their ground and follow their own head when making decisions. Decision-abiding as they are, they excel in whatever they do due to their thirst for perfection and undivided sincerity.

Taking initiatives and stepping up to difficult challenges is part of their daily routine. They love being challenged as they not only get to prove people wrong, but also get the chance to hone their own skills. They are also very dynamic and love freedom and adventure in every form. Inspiration is something that always has a grasp on their mind, and their frequent childlike behavior always seems to enlighten people around them.

Libra
This air sign is the ruling planet of Venus. Just like the planet itself, the sign is always looking for balance in everything. People who have this zodiac sign have a special bond with nature which allows them to love and be in harmony with the natural processes of the earth. They are also little perfectionists who want everything to be in perfect balance. Their spontaneous thinking gets them amazing results in record time, making them the perfect team member in group projects.

Their strongest mental ability would be, undoubtedly, their dynamic thinking. Virtuous as they are, there is nobody as strong as them in the department of taking charge. Even when they make a mistake, they do not hesitate to own up to their mistakes and seek to redeem them. They are a hardworking lot of people who are an inspiration to everyone.

Scorpio
Mars and Pluto jointly rule this zodiac sign, which is, in fact, a water element. This leads to a particularly mysterious personality which lets them perceive anything without being told outright. They have strong intuitions which tell them what they should do and which people they should trust. Their personality also enables them to influence the people around them to alter their choices.

Scorpions possess great powers of manipulation using which they can bend the will of almost any person. They are also determined individuals who are never afraid of taking a leap of faith. The only thing standing between these people and success is their own self. This means that they themselves deal with the mistakes they make and the choices they take, and use these experiences to transform themselves.

Sagittarius
Sagittarius is a fire sign under the ruling planet of Jupiter. These are majestic people who are always open to new things and looking out for new experiences. Their best mental ability is their ability to adapt and learn from new people and situations. It is very hard to dishearten this group because they always find the fun in whatever they do.

Sagittarians also possess a kind soul which is ever ready to help others. Understanding and deeply philosophical, they can almost always come up with an easy solution when it comes to dealing with difficult situations. They are also very optimistic, even in the face of utter disappointment, and never give up their hopes and dreams. Their enthusiasm and undying grit is their biggest weapon. They also have a fiery enthusiasm which is hard to kill and can match those of a child’s.

Capricorn
Capricorns are governed by the planet Saturn and have the earth element attached to them, and like any other earth sign, they possess all the truly remarkable qualities common to them. Their strong mind and hard will keep them from breaking when faced with difficult challenges, usually ending with them coming out as victorious. Capricorns are also extremely hard working and sincere in whatever they do, and never let their eyes off their goal. Their determination and grit only makes them all the more formidable to their opponents.

Apart from all these amazing qualities, Capricorns are also very patient. They do not randomly jump to conclusions and draw them out only after careful analysis. They are also trustworthy and do not believe in gossiping and reveling in one’s misery. Their best feature is perhaps their organized way of life. They are anything but haphazard and usually follow a planned routine to get through their days.

Aquarius
Aquarians have the air element and belong to both the planets of Saturn and Uranus. They are known to have the most generous hearts in the entire world. Their willingness to participate in any number of humane causes to help change the world for the better just shows how dedicated they are towards other people’s happiness. Aquarians are said to be truly genuine people who want nothing more than peace and harmony among everyone. They have a vision for the future which they want to make a success at all costs. Their progressive mentality makes it better for them to see the point of view of other people as well.

Aquarians have a scientific and rational way of approaching problems. They think critically and usually arrive at a most comfortable solution. They are also easy to talk to as they possess great socializing skills. They are also very objective in their views and opinions.

Pisces
Pisces belong to both Jupiter and Neptune and belong to the water element. Like a typical water element sign, they are overly sensitive and emotional and put other’s needs and wishes before their own. They are great at loving and caring for others and can shower all their attention on people they love. Their strong intuitions also tell them which people are good and which are bad.

Pisceans are also very creative and have strong imagination. Their artistic inspiration generally comes from natural beauty that they witness in their day-to-day life. This makes them flexible to changes as they welcome every change with open arms and open hearts. Their belief in themselves and their friends and family only makes them stronger, giving them the strength to face all adversities and take them in stride. /Izofy