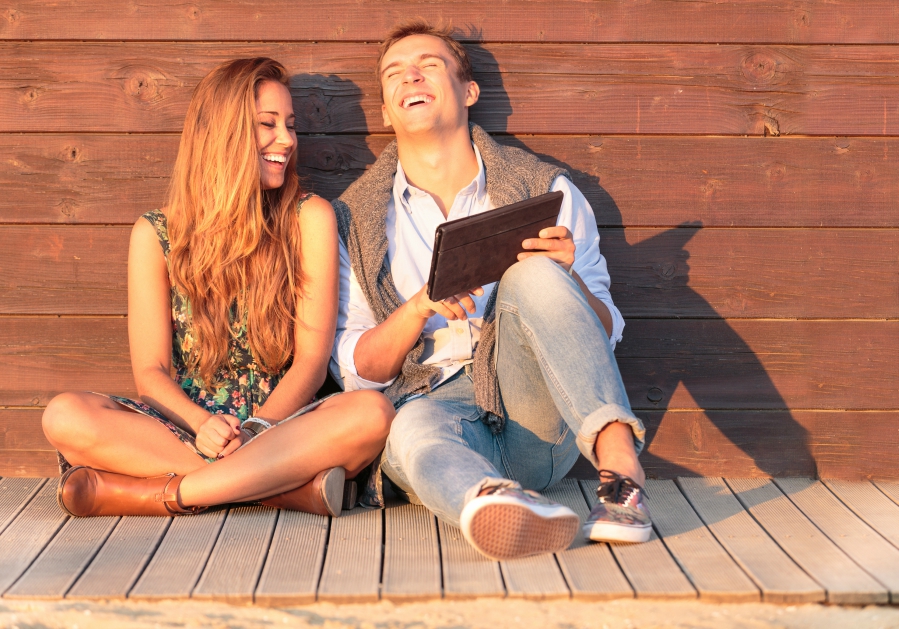 Have you met a new guy and are unsure what type of texts will get his attention? Perhaps you’re dating one but haven’t been texting a whole lot yet but would like to?

Whatever the reason, here’s how to text your crush based on his zodiac sign. This is an alpha male. This means he likes to take the lead in most situations. If you’re trying to get his attention to possibly date him, take it easy but flirt a little. How? Easy, tell him something like “have a good day handsome”.

He will see this as a flirt and almost as though you’ve let him know you’re interested in him. This will lead to him taking the next step of asking you out or flirting back.

If you’re already dating him, he really loves to keep in contact with you so you can just flirt as much as you want. He’ll absolutely love it and not see it as you trying to tie him down. Wording is everything though so think about it first. This guy isn’t the easiest to get through to. He wants to take it slowly and make sure that he’s making the right decision for the future. If you aren’t dating him yet, you want to keep it light and fun.

You’ll want to flirt in a way that lets him know what is on your mind but without seeming too eager to rush. Saying something like “Have a wonderful day cutie!”

Whether or not you’re dating him; you’ll want to try to avoid texting him too much. He’ll see this as too aggressive and he isn’t into that. He wants to be the man in the relationship. Let him take the lead.

However; if he doesn’t reply right away or within a day or two; try not to let it get to you. He wants to see how stable you are for the future. Stay relaxed! This guy is out to have a good time. So the texts you send him should maybe be funny or witty. He loves an intellectual woman with a sensational sense of humor. Try not to text him too often though as he’ll see you as clingy.

He enjoys a good banter and lots of fun times. Keep it really light and cute. If you’re already dating him then you can basically keep up with what he likes or what you like to do together.

He’ll let you know the speed he’s ready for as far as texting goes. Either he’ll text you a bunch of he’ll be sort of quiet. Then you’ll know how often you can text him or reply to him.

If you’re involved with him; sending him sexy texts will probably go over pretty well. This guy wants to do everything he can to please you. In order to please him or show him that you’re interested in him; go ahead and flirt. Tell him he’s good looking or charming. He’ll love it!

He isn’t one that gets offended if you text him often. If you’re dating him already; you’ll know how much he likes to be in contact. However; if he isn’t quick to respond, try not to get too worried.

Sometimes he likes to test you and see if you’re going to hang in there for him. He’ll text you when he can. This doesn’t mean you should allow him to abuse this though. He should always respond to you unless there is an emergency.

Cancers are family oriented and are looking to find a secure relationship. Try to focus on those types of things when you’re texting. He’ll enjoy it greatly.

This guy is pretty easy to text with. He’s fun loving, open, and likes to take charge. However; when it comes to texting; there is no reason you can in some way let him know you’re interested.

Adoration and flirting will win lots of brownie points with him. He absolutely will respond very well to compliments. So whether you’re dating or you’re just interested in dating; he’ll always respond well with ego strokes.

So with him; just go ahead and text whenever you want. As long as it involves boasting him up; he’ll accept them gladly. Asking him for advice will go over well too. He’ll see that you find him trustworthy and important.

He’s an easy going guy but doesn’t go crazy unless he responds to you in like. Then it’s open season. Just like with any guy; wait to see how he replies to you. This one is another complicated one. He’s going to want to take the lead so if you text him first; you’ll need to keep it very light. If you try to say too much too quickly; he’ll shut down and back away.

If you’re already dating; you’ll still need to keep it somewhat light. Try to resist the urge to text him constantly. He doesn’t want to feel smothered or that he cannot be free to be himself.

He’ll also want to take things slowly so as long as you’re not professing your undying love via text; you may be alright. That would be something he’d like to discuss face to face.

He’d also be impressed if you were to ask him for a solution to a problem you’re having. He will feel valued by you which is important for any relationship. This guy isn’t one that texts a whole lot. He’ll be perfectly happy getting one text saying something simple like “Hey sweetheart! Have a great day!” He may actually be the one to send you one like this first.

He may take things very slowly but easy texts like this show that there is interest between you and that he’s beginning to make you part of his routine. If he texts you something like this first; you can respond by something equally easy.

You may get lucky and he could ask you how you are or if you’re doing well. This opens the door for responding to him and asking him how he is doing. He’ll be glad you asked.

If you land him; he’ll probably text you every single day. Even if you get serious and move in together; he’ll still text you every day as he always has. He’s good about that. This guy is rather secretive so he’s not one that will open up to you right away. If you’re not dating; he’ll look to you to flirt with him. Not too heavy but enough that it makes him feel wanted or desired.

If you do start dating; he’ll text about deeper issues in his life and want you to do the same. In fact; it’s often times easier for him talk this way rather than face to face. It’s more comfortable and less confrontational.

I cannot emphasize this enough; flirt with him like crazy! You don’t need to be explicit but flirting with him keeps him interested as he feels as though you really want him. That of course; makes him feel secure that you could be the one that lasts. This guy really likes to be flirted with. One way to do this is by talking about what possible adventures you could have together. If you’re not yet dating; make it intelligent and sweet like “Hey babe! How is your day going?”

Flirting with him will let him know you’re interested. If you’re already dating him; go ahead and talk about which places you’d like to visit in the future. Keep it open just in case there is a future long-term for you two.

You could even plan a vacation or weekend getaway with him via text. It’ll make him excited and look forward to when he sees you again. He likes a good verbal tease.

This sexy man will enjoy sexy flirting as well. I wouldn’t recommend racy photos but dripping hot words will turn him on. Remember this guy is cerebral so his imagination will go nuts. The way to this guy is by talking about serious things like your career. Ask him things about his career. Discussing ambition will turn him on. Perhaps you can mention that your home smells fantastic after cleaning it.

I know that sounds strange but he’s a bit of a clean freak. He will want a neat and tidy woman. This may not seem like the best topic or fun but he’ll get a kick out of it; whether you’re already dating him or not yet.

Show this guy that you’re ambitious and clean. Tell him when you have good news. Ask him if he has any good news. After you’ve been with him for awhile; you can maybe move on to kinky sexual talk.

He won’t mind dirty pictures at all and may send you some back if that’s what you want. If not; that’s alright too. Be open and honest, he’ll dig it and you. This guy can take tons of texting. If you’re trying to date him; you may not want to come on strong though. He’ll see it as being clingy or needy which is something that will turn him off and cause him to pack it up.

If you are dating him; you can talk to him about just about anything. He’s an intellectual so he’ll love to discuss worldly events, politics, religion or any other topic you can possibly think of.

He isn’t chatty to start and if he is; you’ll want to keep it light. Let him set the pace of how much texting he’s comfortable with.

It will also depend on how busy he may be. He likes a lot of alone time and if he feels he’s getting too many texts; he’ll ignore them for awhile. This man likes to flirt a whole lot with the girl he’s interested in. In fact, rather than saying cute things; he may say very sexual things. He lets you know how in love with you he is by talking to you quite often.

If he’s into you, he’ll text you on a daily basis even if it’s only one or two texts. As long as you remain cool, calm, and collected, he’ll keep you in his world. Once you two start dating; you can text him just at any time.

Talk to him like you’d talk to any other friend and you’ll find that this makes things flow fairly easily between the two of you.

He will let you know whether or not he wants more or if he’s just being flirty. It’s important to determine which one is to know where this could be going for the two of you.

The important thing to remember with any sign is that it’s always best to talk about things as friends would when you are getting to know these guys. Determining where you go from there will take time and finesse. /By Anna Kovach