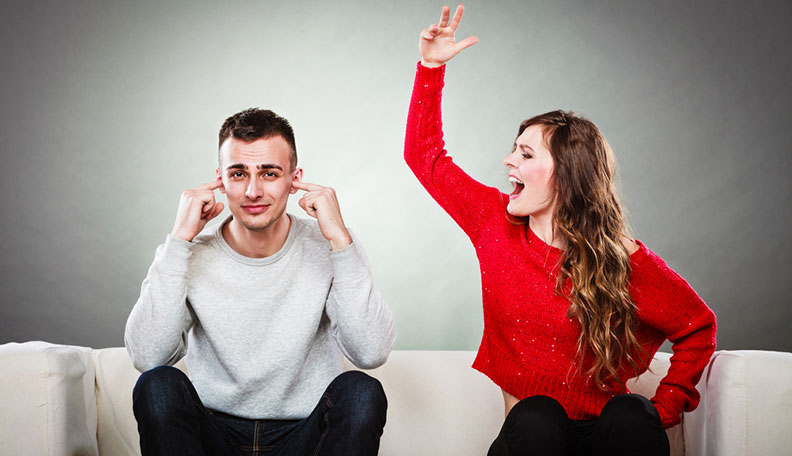 Some people believe that zodiac signs matter a lot when it comes to describing your personality in a certain setting. One may have a different personality at workplace and a different one in personal life. It all depends on the zodiac sign that you have for those who believe in zodiac signs.

Here we will talk about the type of girlfriend a woman can be on the basis of her zodiac sign.

Women who have Aries as their zodiac signs are usually adventurous. They are fearless and active at the same time. They have a little bit of tendency to be angry at small things. Women who are Aries do not act impulsively when it comes to getting into a relationship. They don’t fall easily into love but instead they take baby steps in which they are quite cautious. At the same time, once they decide that they like a certain person then they go ahead at full throttle.

They’re highly practical but the downfall is that when they get angry, they may sometimes become unreasonable as well. Instead of judging them or being mad at them for being unreasonable when they’re angry, one has to be patient with them because once the anger is over, the woman would come back to her reasonable State of Mind.

Women who have the zodiac sign ‘Taurus’ are really hard to convince to open up. Men who like Taurian women have a hard time in trying to know what’s going through their mind. They don’t share their thoughts and emotions easily which is why it sometimes takes a lot of time for them to develop proper understanding with the right partner.

Gemini women are quite passionate when it comes to romantic relationships. They might even be a little too sensitive for some people, but who isn’t sensitive in a serious relationship? Gemini women are practical but at the same time they considered emotions as the top priority, which may not be favorable for some type of men who believe in practicality and not letting their emotions become hurdles in their life.

A person who has a Gemini girlfriend would always find himself in romantic situations and romantic surprises. If a person is into all these things then the Gemini woman would be the perfect one for him, but if a person is more towards practicality and seriousness in life, then that person should try to reconsider before getting into a relationship with a Gemini. Life is never dull with a Gemini partner.

A Cancerian woman can become a highly supportive, loving and caring girlfriend that one can ever have. It is safe to say that once a person has a Cancerian girlfriend then he would be spoiled for the rest of his life and would not be able to settle for anyone else because Cancerian women would go out of their way in order to please their partner and make sure that their loved one is comfortable around them. Cancerian women tend to give their partner unconditional and deep love which is why it makes it hard for a man to settle for anything else after that.

Leo women tend to take a lot of care of their physical appearances which is why one can say that they are the flashy kind of girlfriends. They love to see positivity in themselves and their surroundings which is why the overall aura and energy of a leo girlfriend would be positive. It may make other people around her feel happy and positive as well. Which is why a person who has a Leo girlfriend would feel happy most of the time. They always keep things spiced up and they’re full of surprises. They are daring as well as bold which is why the partner would never get bored.

A woman who has the zodiac sign ‘Virgo’ would be a very stable girlfriend. Whether the partner gets stuck in a serious problem which may even be life-threatening, the virgo girlfriend would always be by his side. Even when the person would grow old or may even have serious health problems there is a very small chance that his girlfriend would leave him. The factor of maturity has been observed quite a lot in a Virgo woman.

These women usually prefer practicality over everything else. They think rationally and the decisions they make are usually based on facts and figures and not based on emotions and sensitivity. A Virgo girlfriend would be the one who would have the solutions to all the problems of her partner. And if she doesn’t have the solution at least she would try to solve the problem or help with it.

A woman who has zodiac sign Libra is considered to be the Powerhouse of her relationship. She is always full of energy and she is considered to be the one who keep things active within her relationship. Women who have the zodiac sign Libra have really good social skills. They are loving and warm towards every person that they meet and they win the hearts of all those who have socialized with them.

They are really good at motivating others therefore a man who has such a girlfriend would always be motivated towards being better and would have high AIMS in life. It would not be easy to demotivate a man who has a Libra on his side.

Women who have Zodiac sign Scorpio are very bold, both in social situations as well as in private time. Sometimes it may even be hard for even a very active man to handle a Scorpio because they are intense, sensual, confident and most importantly there are Unforgettable lovers. For a Scorpio woman the center of gravity of a relationship is in the sexuality as well as the physical relationship between the two partners which is why they consider sex as the most important element of a relationship. For a man who wants things to be more sexual in a relationship would find himself quite happy with a Scorpio woman.

Initially, every man believes that he wants a super active sexual life but when it comes to being with a Scorpio woman is not easy for every man to handle such a woman therefore step with caution.

They would make you cherish every single moment that you spend with them but at the same time those men who believed that humor should be limited and in some points of life one should show seriousness would not have as much fun with a Sagittarius woman as much as those men would want to laugh no matter what. Therefore serious guys should step with caution whereas all the others who want to enjoy life and laugh a lot can jump in.

Most of the Capricorn women are old-fashioned and reserved. One may mistake it for coldness but the thing is that they are not in favor of acting funny and joyous in public places. Capricorn women are passionate lovers as well as really good counselors. They are really good at motivating their partner which is why one can consider it a byproduct of their maturity levels.

Aquarius women are known to have a lot of Charisma. They are very passionate at the same time their Charisma can convince anyone of what they want them to do. Some people may believe that this is a negative thing when it comes to the benefit of others, but if you think of it positively then a man who has such a girlfriend could team up with her and use her skills for his benefit. They can be a really effective team when it comes to convincing others because most of the Aquarian women are considered as Beauty with brains. Antiquarian girlfriend would always be with her partner till the end. Some may believe that their practicality would lead them to better options but once they’re in then they are in for real and they will not leave their partner even in really hard times.

Pisces women are considered as old school in a positive way. Their choices in everyday life and their approach towards life resemble those of the women in the older times. They’re considered to be mature and at the same time a little bit reserved. They are a combination of many other zodiac signs as they are known to be secretive or at least they keep their thoughts to themselves. They prefer to stay calm in the most complex and scary situations. At the same time Pisces women tend to be super compromising which is why men who have been with Pisces women agree to a certain extent that they are quite compromising. /by Kaetlyn Summers