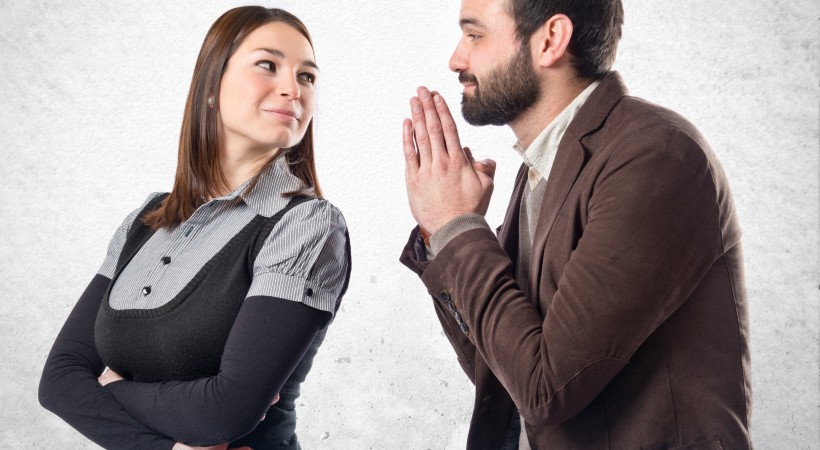 You might not even be aware of what you’re doing.

We sometimes take actions that we know we’ll regret taking, but we do it anyway despite the circumstances. There are times when making a bad decision or doing something that is a mistake makes us feel better in a weird way.

Perhaps it’s saying something that you know will push your boyfriend’s buttons, but you’re fighting and you don’t care; in that moment you want to hurt him a little. Or maybe you call in sick to work even though there’s a big project due. You know there will be consequences, but you do it anyway.

As humans, we’re very rarely perfect and we often do the wrong things at the worst time, and we don’t care. Hopefully, we get something out of the poor choice or the stupid action — a lesson learned, or confirming that we are at rock bottom and can only move upwards.

It can be difficult enough navigating the ups and downs, and decision-making that someone has to go through in their own life. But the challenge is tripled when it comes to relationships because now you not only have to deal with how it affects you, but how it affects the other person and their life.

It’s easy to focus only on ourselves and say screw it to how our bad decision hurts our partner or wreaks havoc on our relationship.

You become desperate to know what you did to chase him away. Astrology has a lot of influence over our behavior and can help determine why you did what you did. Look to the stars to figure out how you chased him away, based on your zodiac sign.

Aries:
You made him feel as if your life was too full to have anybody else in it. You never seemed to make him a priority and you were always running off to do something. It didn’t matter what you were doing, you made him feel that it was always more important than he was.

Taurus:
You kept your feelings buried so deep that he could never get a good sense of how you felt about him. You thought your actions screamed how much you loved him but they didn’t. Sometimes you need to speak from the heart about how you truly feel about someone. It can be scary to be so open, but it’s worth it.

Gemini:
Every time he wanted some sign of you being committed to the relationship, you backed off. You made him feel as if you were always looking over your shoulder in case there was someone better. He figured you valued your freedom and the possibilities more than him.

Cancer:
You scared him off by being too needy. Not everybody can deal with your emotional extremes and when he tried, you always wanted more. Your vice grip on him made him feel as if he was being suffocated and he had to get out.

Leo:
He wondered if you wanted a partner or just someone to be part of your entourage. In a relationship, needs must be a give and take. You took and if he didn’t like it, you made it known that it was always going to be your way or the highway. Your ex had no desire to be your yes man.

Virgo:
He felt as if you were constantly finding fault with him and felt beaten down by your criticism and hypercritical nature. It made him feel as if he was always on edge and could never relax.

Libra:
It seemed as if you wanted everybody’s opinion but his, and ultimately that insulted him. We know that decision-making isn’t one of your strongest skills, but making them while still excluding his thoughts isn’t cool.

Scorpio:
You got too serious too fast and he got scared. One minute it was flirty and fun, and the next you were talking about moving in together. Girl, next time slow your roll. Hold something back and let him slowly discover why he can’t live without you.

Sagittarius:
You said you wanted a serious relationship, but every time things started to develop you took off on a trip. He understood your wanderlust, but not when it seemed as if you preferred a long-distance relationship rather than being in the same room.

Aquarious:
You’re very good at being emotionally aloof. Every time he opened up and wanted to get closer, you kept him at arm’s length and became cooler and more distant. Rather than trying to change you, he thought it was better to just cut his losses and walk away.

Pisces:
You made it very clear to him that you refused to get hurt again, and made him feel as if he was walking on eggshells all the time trying not to upset you. He couldn’t stand the thought of hurting you down the line so he ended it now for your sake.