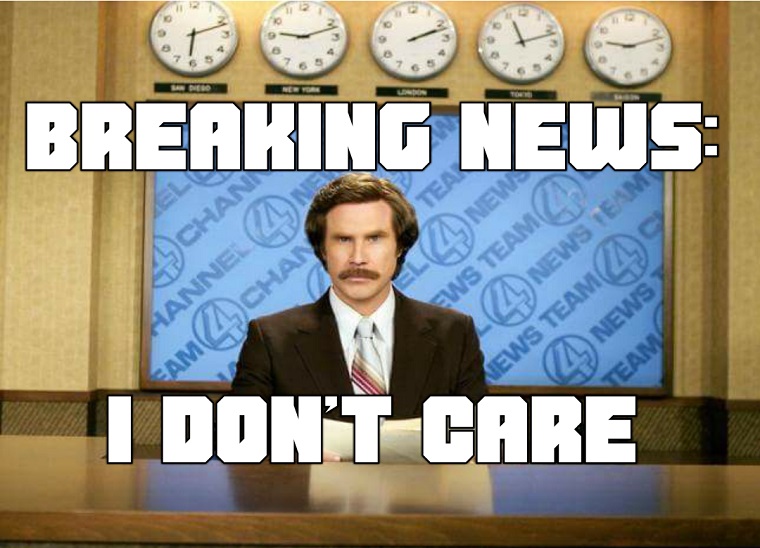 Aries: March 21st – April 19th
Stop giving a fuck about how you’re going to spend every single weekend. You don’t always need plans. It’s okay to spend a full day sitting on the couch, relaxing, binging Netflix. Not every week can hold an adventure.

Taurus: April 20th – May 20th
Stop giving a fuck about your exes. They’re out of your life for a reason. Stop stalking their social media to see how well they’re doing without you. The answer doesn’t matter. Moving on matters.

Gemini: May 21st – June 20th
Stop giving a fuck about how much money you make. You don’t have to become a millionaire to find happiness. As long as you love your job and have enough money to pay the rent, you should be proud of yourself. You’re doing better than most people.

Cancer: June 21st – July 22nd
Stop giving a fuck about what age you’re going to get married and have children. You don’t have to stick to a set timeline. I know there are a lot of people around you announcing their engagements and showing off their baby bumps — but you don’t have to be one of them. Take your time. It will happen when it’s meant to happen.

Leo: July 23rd – August 22nd
Stop giving a fuck about how many likes you get on your Instagram photos and how many followers you have on Twitter. Those numbers don’t mean a thing in the real world. Give social media a break.

Virgo: August 23rd – September 22nd
Stop giving a fuck about your number. You’re allowed to kiss boys. You’re allowed to sleep with boys. It doesn’t make a difference if you’ve been with two people or twenty. Let yourself experiment.

Libra: September 23rd – October 22nd
Stop giving a fuck about how cute you look. You don’t have to apply a full face of make-up before you run out to the grocery store. You don’t have to dress up every time you leave the house. You look fine.

Scorpio: October 23rd – November 21st
Stop giving a fuck about your past. Yes, you screwed up. No, you’re not perfect. That’s okay. Stop moping about what a fuck-up you are and pick yourself up off the ground.

Sagittarius: November 22nd – December 21st
Stop giving a fuck about being rejected. Ask that guy out, even if he might say no. Ask your friend to come over, even if she might be busy. Stop being so timid and put yourself out there.

Capricorn: December 22nd – January 19th
Stop giving a fuck about impressing people. You’re smart. You’re sweet. You’re talented. But it doesn’t matter if anyone else knows it. All that matters is that you know it.

Aquarius: January 20th – February 18th
Stop giving a fuck about keeping up with whatever has been trending. You’re never going to catch up on every episode of every show that’s on Netflix. Sometimes your friends will gossip about a topic you know nothing about — and you’re just going to have to deal with that.

Pisces: February 19th – March 20th
Stop giving a fuck about whether or not other people like you. There are some assholes out there who will hate you, no matter what you do, so just be yourself. Forget about the haters and they’ll forget about you. /by Holly Riordan