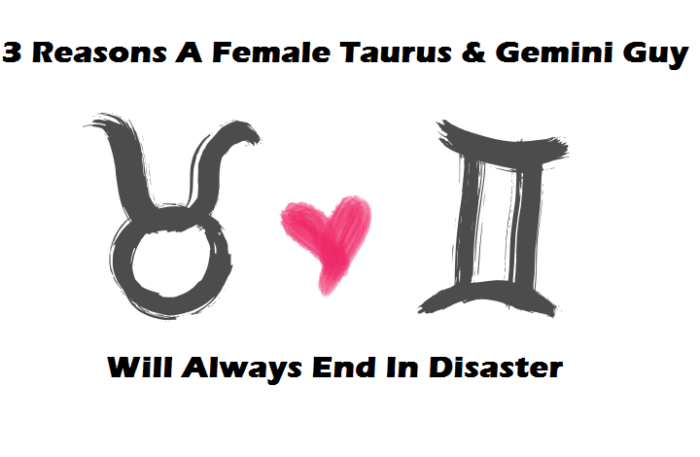 I was never one to believe in the power of astrology, especially when it came to dating. But unfortunately, the stars don’t always line up. I’m a through and through Taurus, and I went against the fates by getting involved a Gemini. Let’s just say everything went up in flames real quick.

This came as a surprise to me because in sixth grade, an astrology calculator told me that my crush and I were not compatible. I didn’t want to believe it. The next day, however, he shared his lunch with me. So clearly, the zodiac was wrong. (Hate to say I told you so, but it worked out, astrology.)

As dating turned into something more than sharing milk and cookies, I realized that maybe I needed the stars to line up in order to find “the one.” And maybe, I truly can blame my strong, crazy, stubborn personality on the bull.

I set out to test what the stars had destined. I wanted to see if a female Taurus could really be with a male Gemini. I tried to beat the astrological odds. But when the relationship failed, I looked back at the signs and realized the astrologists had a point.

1. Commitment
It’s one thing to like adventures, like traveling the world. It’s another thing to be curious about every human being who crosses your path. Taurus are loyal, we love hard and we’re very into commitment. I couldn’t invest in someone who was curious about everyone else. I never felt completely at ease, and that’s something Taurus really values in a relationship.

2. Energy
The symbol for Gemini is twins, so you get double the trouble. I never knew which one of him I was going to get each day. There was the sweet, caring guy I loved with all my heart. On those days, things were great. Then, there were the days when the other half of his personality was exposed.

It was the side that was full of curiosity and totally bored with our relationship. Gemini can’t be with the same person for too long, and this was unfortunately true for him. It can drive a Taurus woman crazy when she has to deal with two different people, and he thought I was insane for wanting a static relationship. (Thanks astrology!)

3. Sex
Taurus are strong lovers, and we take offense to the “quickie.” We want long, passionate lovemaking, and we want to feel connected in the bedroom. With a Gemini, it’s just a lot of f*cking. I never felt like we were on the same level intimately. He wanted sexy, and I wanted sensual. It didn’t take long before we realized we couldn’t force the chemistry beneath the sheets.

Even though our relationship didn’t work out, I did learn a very interesting thing about our compatibility. Taurus are fixated. We like to stay fixed on one person, place or thing. We are loyal to that one being, and so we expect the same amount of commitment in return. Geminis are multifaceted. They value their independence and ability to roam freely. If a Taurus never gives the Gemini space to be who he or she really is, the Gemini will literally run for the hills.

The relationship will be over before it really even begins. Do I still think astrology is stupid and that it has no real binding on our fat? Yes. Do I think there is some truth behind it? Yes, but only a little. Could we have made things work? Probably, but the stars just didn’t line up. /Alexis DiZenzo