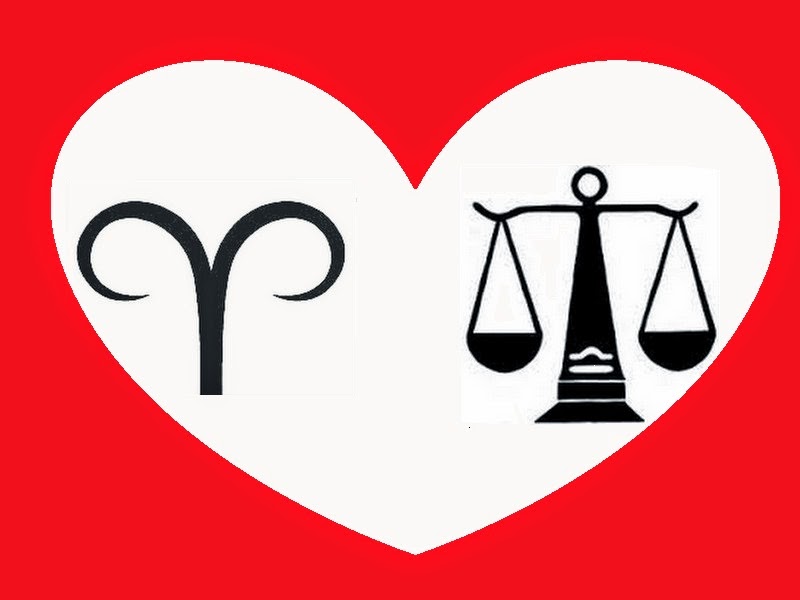 ARIES & LIBRA SEXUAL & INTIMACY COMPATIBILITY
Although Aries and Libra are both signs of masculine nature, they are a primal opposition of the zodiac and present a relationship between Mars and Venus, planets in charge of our sex life. When they engage in intimate relations, it is expected for all their libido and possible problems with sexual expression to surface. Attraction they feel toward each other is great, but their signs combined present passive-aggressive behavior in general and as a couple they could have a tendency to hurt each other in intimate relations.
Ruled by Mars, Aries is a sign of Saturn’s debilitation and Libra exalts it, so their main issue is the lack of emotion and poor boundaries when it comes to sex. Saturn can cool things a bit too much and be a challenge to overcome in their attempts to get sincerely close. When they connect through real emotion and respect each other’s boundaries, they have a potential for a very good sex life, as Aries gives initiative and energy to indecisive Libra, lifting their libido and Libra awakens the fineness of Aries, teaching them how to be selfless lovers and enjoy thinking about the satisfaction of their partner.

ARIES & LIBRA TRUST
Trust is not their forte and problems with it could torture them for years. Libra partner has a problem with insecurity in general and needs to show their worth through relationships with different people. They love to be loved and seem to be hungry for the approval of those around them. Aries finds this stupid but easily gets jealous and threaten their mutual sense of stability and belief in other person’s choices.
Due to Libra’s lack of confidence, it is also possible that they will doubt everything their partner does. Since Aries doesn’t put much time or thought into their actions, the lack of conversation about every single detail from their personal life could easily arise suspicion in the mind of a Libra. The most important thing here is for Libra to work on their self-esteem and keep their focus on their own life instead of trying to blend into the life of their partner.

ARIES & LIBRA COMMUNICATION AND INTELLECT
Aside from possible conflicts Libra tries to flee from most of the time, their communication usually serves to feed the hungry Sun of a Libra partner, or Aries’ hungry Saturn. Their opposition covers the points of debilitation and exaltation of Saturn and Sun, and this is mainly shown in their communication and everyday functioning. This means that their role in each other’s life is quite simple – Aries needs to boost their Libra partner’s spirits all the time, showing them how capable and brave they can be, while Libra takes on the responsibilities of their Aries partner and shows them how to reach a certain goal. All of this can be quite tiresome at times, especially if one of them has a problem with this unconditional role play, or doesn’t recognize the effort of their partner.
Mostly they will talk about their daily activities and events since they don’t share many interests. While talking about different activities and people, they find a common language as Aries helps Libra not to obsess about others and Libra helps Aries to understand different views than their own. Their communication might be great if they were in the same profession or at least share a workplace, because that would cover the basic interests they share and give them more space to find the middle between their opinions.

ARIES & LIBRA EMOTIONS
As crazy as this may seem with lack of qualities their relationship might suffer, this is a couple that understands each other very well when it comes to emotions. Aries can awake Libra’s ability to show them because of their own openness. This is something every Libra needs, as they have trouble letting their guard down. Libra, on the other hand, has enough depth to look inside Aries personality instead of superficially examining their behavior. Of all the zodiac signs, Libra is probably one of the few that have good understanding of the nature of Aries. They don’t understand their actions and their way of display of emotion, but the core of emotion and sensitive personality is easy to reach from their perspective.
It is safe to say that this is a couple that could solve any issue with love they have for each other and although their troubles could be great, this is possibly such a deep emotional connection that all problems fade next to it.

ARIES & LIBRA VALUES
Our values set the direction that leads us to our goal for personal development. Aries has a goal in the sign of Capricorn for this is the sign in their tenth house. Capricorn is ruled by Saturn that exalts in Libra. In the practical sense, this means that Libra helps Aries achieve their goals, while following necessary values. This is an interesting observation because the sign of Aries is the sign of Saturn’s debilitation and doesn’t seem to understand the set of values or exact steps that would lead them to their goal. It is almost as if Libra knew the way for Aries to reach their goals by discovering new values in relationship with them.
In general, their individual values are different in so many ways, but it is exactly the purpose of their relationship to question them and set them straight. Aries values direct, energized approach and outspoken people. Libra values tact, fineness and prestige. While Aries gives their best to live in the now, Libra examines the past to set distant targets in the future. They have a lot to learn from each other, but if they do, they might just set their mutual values somewhere in the middle.

ARIES & LIBRA SHARED ACTIVITIES
This is the couple that finds it very difficult to coordinate their activities. They want to do opposite things most of the time, and the only activity they always agree on sharing is sexual activity. Although this is a pillar for a good relationship and everything else they cannot share might seem irrelevant for some time, they need to find a way to do something else they both enjoy. Even if they don’t, their relationship might work, but only if Libra partner lets go of their idea that they need to include their partner in everything they do. Aries could help Libra by supporting their independence in any possible way, while accepting involvement in a part of activities Libra cares about.

SUMMARY
However difficult it might be to reconcile these two natures, remember that this is a primal opposition that represents partners by signification. Aries and Libra are the couple of the zodiac, as much as any other opposing signs, for they are each other’s seventh house, house of relationships. Even more so if we acknowledge the fact that Libra is the sign of relationships in general. Any problem they might have with each other is something to be worked on, because it shows what their personal problem with any relationship is. When they are madly attracted to each other and fall in love, there is almost nothing that could separate them, no matter the differences. Wouldn’t we all like to find the middle ground with our loved one? They need to work on their bond, that’s a fact, but their relationship is a promise of a perfect fit of two souls meant to be together.