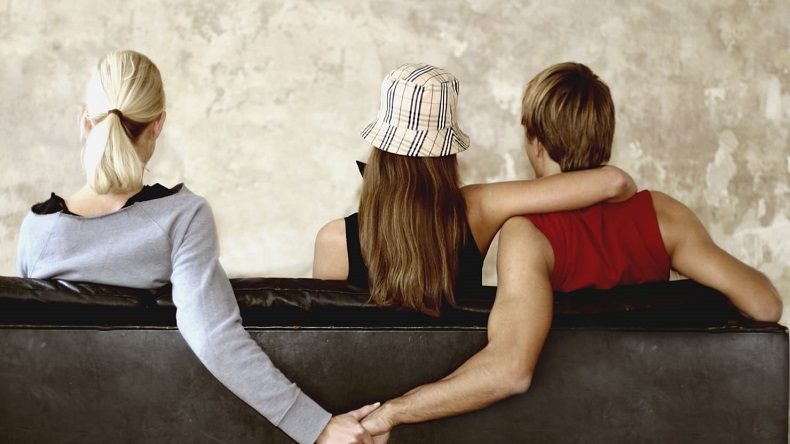 Libras overthink. They overanalyze. And that causes them to fear. If they cheat, it will probably be because they want to ruin the relationship themselves, so that the other person doesn’t get a chance to ruin it first. Either that, or it’s because they are insecure and wanted to feel sexy again. When they cheat, it’s more about themselves than it is about the other person. It’s because they let their brain get the best of them. Of course, not every Libra does this. Most of them have a good enough grasp on their morals to remain faithful.

Scorpios are bold, passionate, and impulsive. They go after what they want, even if what they want is supposed to be off limits. They have a hard time controlling themselves, which is why they might end up cheating on you. Of course, if they love you enough, they will stop flirting so much, stop drinking so much, stop giving into every whim they have and start acting responsible enough for you to trust them.

This sign is a social butterfly. They meet new people all the time. Sometimes, they flirt with those people. The playful banter might start out as harmless, but there’s always a chance that it could turn into something more. If this sign is going to cheat, it will happen emotionally first. Then they will either let it lead to something physical or drop contact with the person completely because they realize that emotional cheating is just as bad as kissing would be.

This is the sign that is most comfortable with almost relationships, one-night stands, and friends with benefits. They have high libidos and a fear of commitment, which is why they usually stay alone. They usually give disclaimers about not being ready for a relationship. Of course, as much as this sign loves sex, there’s no guarantee that a Sagittarius will cheat on you. If they actually agree to commit to you (which is rare for them) then they’re probably serious about your relationship and won’t want to mess it up.

You might think that a Leo would love to stay single forever, because they always want to be the center of attention, but they would rather get all of their attention from one person. They want to create their own happy family. They want to live in a huge house with a ring on their finger and a puppy on their front porch. Even though they have modern beliefs, they still like the old fashioned idea of love.

Capricorns keep their hearts locked inside of steel cages, because they prefer to be alone. They think it’s easier that way. So if they actually decide that they would rather be with you than be single, they will stay with you forever. Once they commit, they commit. They don’t mess around. And if for some reason they did, you would know about it right away because they tell the truth, even when it’s hard.

Honestly, this sign is too lazy to cheat. They aren’t going to go through the trouble of swiping through dating sites and hiding text messages and sneaking out to meet up with someone else. Keeping up with one relationship is enough for them. Two is just too much work. They don’t see the point in cheating when it’s so inconvenient.

A Taurus will cling to you tightly. The only cheating conversations you’ll have is when they suspect you of cheating — because they are the type to get nervous when the smallest thing seems sketchy. Even if they know you would never hurt them, they have trust issues which can cause them to become paranoid. It can cause them to misread your actions and freak out when nothing bad has actually happened.

Virgos hate cheaters — but they might cheat themselves if the timing is right. The problem is that they have high standards. Some even say they have unrealistic expectations. So if they are unhappy in a relationship and find someone that makes them happier, they won’t have a problem swapping partners, because they go after what they deserve. They want a real fairy tale romance. Aries get bored easily. If you don’t keep flirting with them, if you don’t keep the romance alive, then you are going to lose their interest. And when that happens, they are either going to cheat or they are going to break up with you — whichever happens first. To keep an Aries faithful, you have to treat them the way you did when you first fell in love. You can’t let them feel neglected, you can’t let the sparks die down.

The most dangerous thing about dating a Gemini is that — if they decide to cheat on you — they will get away with it for a long time. They will know exactly what to say to you, exactly how to reprogram their phone and rearrange details to make you believe what they tell you. Their intelligence will make it easy to fool you. It will make it easy for them to jump from one bed to another. But that same intelligence could remind them that messing up their relationship with you is the worst mistake they could make. It could convince them to stay loyal. It honestly depends on the person. /By Holly Riordan