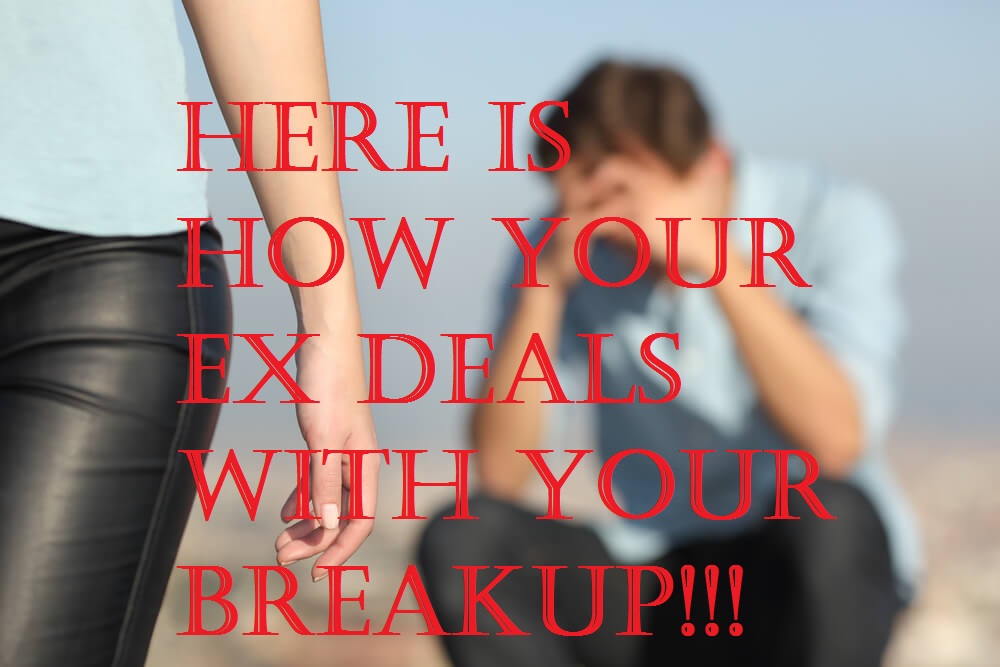 An Aries will never admit that they care when a relationship ends. However, they truly do. Underneath their strong, brash nature, is an underlying lack of confidence and a fear that they may be unworthy of love. They will work to convince everyone around them that they are doing just fine, and they will often commit to a lot of new things in order to forget about how hurt they are.

A Taurus hates change. They absolutely despise it. If they have been in a relationship for a long time, it will also take a long time for them to get accustomed to being single again. They will often suffer from extreme insecurity and hurt when they have their heart broken, feeling unworthy of love during the healing process. However, Taureans have a way of putting up a very deceiving front, and will often keep all of their sad and dark feelings inside of them in order to maintain their nonchalance. Taureans often suffer from heartbreak behind closed doors, and they can feel so intensely that they shut down completely when rejected or mourning the loss of love.

A Gemini will act like they do not care when their heart is broken. They will never take on any responsibility for the ending of the companionship, and will always blame the other person for being unworthy, ill-equipped. This stems from their extremely superficial and prideful personality. They will likely set out to find someone better for them, searching for the next upgrade they can sink their teeth into instead of coping emotionally.

Because they are often hurt, Cancers take a long time to open up and trust someone. Therefore, if they have their heartbroken by someone they genuinely thought they could confide in and love, they will take the breakup very badly. Cancers have a tendency to always look into their past, and they drive themselves crazy overanalyzing what went wrong and how they could have changed or prevented the outcome. It will always take a long time for Cancer to move on.

Just like a Lion, a Leo revels in their pride. Therefore, to have their heartbroken, rather than to break the heart of the person they were with, often hurts their ego. A Leo, however, will hide that bruised ego and they will hold their head up high — moving on in a very regal and poised manner. They will go searching for attention and affection, as a means of healing and recharging their ego.

Virgos are not very trusting when it comes to lasting relationships, so they tend to anticipate broken hearts before they happen. They are analytical and observant, and see things coming before they actually happen. During a heartbreak, they have already come up with a way to heal themselves and to distract their hurt. In a way, a Virgo started to mend from an impending heartbreak long before their heart is actually broken, speeding up the process.

Libras are not as prideful as Leos, but they do have quite a large ego. Heartbreak leads to a Libra experiencing insecurity, but they have such a natural charm to them that they will often find a replacement in no time. Since they cannot be alone, Libras move very quickly when rebounding in order to heal their broken pieces and pump up their ego again.

Scorpios may never talk about their feelings, but they are extremely emotional beings. They are considered to be some of the deepest people in the Zodiac.Therefore, when a Scorpio is dealing with heartbreak, they feel their broken heart in full force. They feel hurt, sad, angry, betrayed, insecure and confused all at the same time. These feelings will last quite a while, before they slowly start to harmonize their life again.

Sagittarius is a truly independent sign in the Zodiac. Though they do care about being heartbroken, they truly will not dwell on it, and they will never let it hold them back. Due to their fleeting tendencies in relationships to begin with, Sagittarius will move on quickly and find a new, exciting, adventurous conquest to ease them into a new chapter.

A Capricorn will usually just accept a broken heart. They are insanely hell bent on proving themselves, so a broken heart is just another opportunity to do better and to excel in difficult situations. This is also how Capricorns distract themselves from hurtful feelings.

An Aquarius is never fully emotionally attached in a relationship, so their broken hearts aren’t as bad as some other Zodiac examples. They do not hurt as deeply. Though they still experience feelings of insecurity at first, it usually only takes a day or two for them to realize that they are worthy of much more.

When dealing with heartbreak, a Pisces will often resort to self pity. They will feel heartbreak in full force, and they will often succumb to their insecurities. They will convince themselves that they were not good enough, and that they drove their past love away. In order to cope with the intensity of their sadness, a Pisces will isolate themselves and revel in their dreamworld until someone comes along to fill their heart with excitement and hope again.