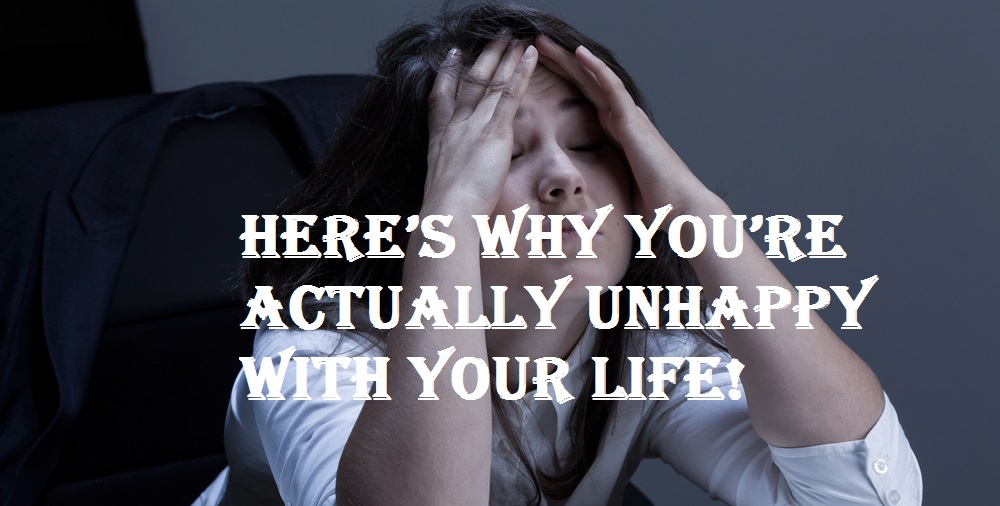 You’re not being challenged.

Aries thrive under pressure, and as resident devils advocate of the zodiac, you love to argue the counter-point, challenge the mainstream, or at strike up a bit of competition with others. It pushes you to be better and know more, and Aries are nothing if not hungry to grow.

You don’t have the right aesthetics.

This may seem shallow, but you need your world to look as beautiful as it feels, and a lot of the time for a Taurus, the solution to a lot of their stress is just for things to appear a certain way. Do not underestimate the power of your space, or how you dress yourself – both things can heavily influence your mood.

You don’t have direction.

You know what you love, but you don’t always know how to commit to it in a way that makes it sustainable. What you need more than anything is purpose and direction, you need to know where to put your energy. You feel deeply and strongly about things, but don’t always know what to do about them. If you don’t know where you’re headed, it’s easy for you to end up circling the same issues, blocks, excuses or ideas. Sit down and get clear on what you want.

You’re around the wrong people.

Cancers are emotional, particularly when it comes to their relationships with other people. If you’re not careful, you can find yourself being heavily influenced by the wrong company, trying to keep up with the Jonses or appease someone who doesn’t have your best interests at heart. Be mindful of the company you keep, as the saying goes, it will influence who you become.

You haven’t developed your sense of self.

Leos are happiest when they know themselves. This is tricky, however, because of course your sense of self has to evolve as you do – your idea of who you are must keep evolving, otherwise you’ll become stuck and complacent.

You care too much about what other people think.

The amount of stress that a Virgo feels around what other people think is proportionate to how much power and freedom they experience when they stop caring, too. If you’re unhappy, it’s probably because you’re living for someone other than yourself, or making choices based on what you were taught would be best, rather than what you know to be right.

You haven’t found balance between work and love.

Libras care about two things: the work they do and the people they love. If you could boil their life purpose down, it would be to love someone wholeheartedly, and do something impactful. Because they feel these things so strongly, it’s often hard for them to strike a balance between the two: their energy is easily consumed by one or the other. The problem with this is that Libras need balance to feel content.

You can’t control your thoughts.

Scorpios feel as intensely as they think, and this becomes a problem when they don’t know how to manage their often irrational, impulsive ideas. It’s not that you can actually control what you think, but that you must learn how to choose what you focus on, and how to let other ideas pass. For this to work, you need to know what you care about and what kind of person you want to be. You’re always going to feel more than other people do, but that doesn’t mean you have to live your life controlled by it.

Sagittaruses need to be on the move constantly. They are hungry for experience, and if they are unsatisfied with life, it’s because they feel unable to do what they really want. Sags might *think* they want the picture-perfect life and home and partner, but unless they’re able to couple that with adventure, they’ll never really feel content.

Capricorns are the most grounded sign of the zodiac (sometimes to a fault). If you aren’t grounded in a home you appreciate, a partner who loves you, a job you feel purpose doing, you’re not going to be happy. For a Capricorn, happiness is in how content they are with the constants: what they do, and where they go, each day.

Aquariuses desire accomplishment, and if you’re not happy with your life, it’s because you’re not doing or dreaming enough for it. Your happiness will come from falling in love with project after project, and idea after idea. If you stop working toward something greater than yourself, you’ll be in a total rut.

You don’t have a creative outlet.

Pisces have an intense need to be understood, and at the same time, often feel as though they are not. The best way for them to express themselves is by creating something, be it art or writing or even a business. Pisces need to create a part of themselves in the world, rather than spending their whole lives searching for a part of the world that is just right for them. If you’re unhappy as a Pisces, it’s because you aren’t using your creative energy in a productive way.