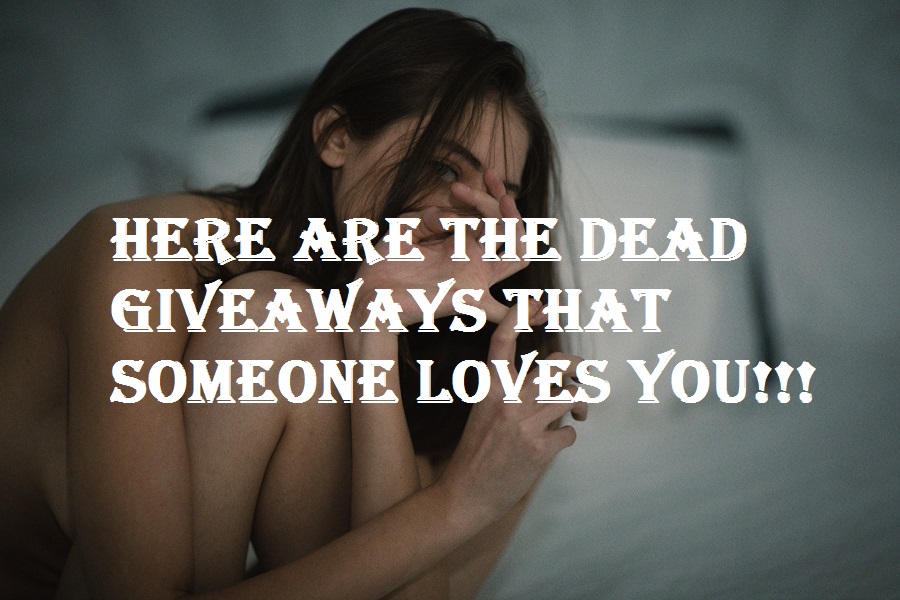 (March 21st to April 19th)
When an Aries is in love, they will 100% let you know. They’re incredibly straight-forward, almost blunt individuals so when they feel something, they say so. They’re not going to be the person worried about saying “I love you” first. They’ll just make sure to say so as soon as they feel it.

(April 20th to May 21st)
Taurians are incredibly romantic people, and love the sensation of just being in love. You’ll know a Taurus is in love when you can feel them wholly and fully wanting you involved in their entire life. Their already very affectionate personality will become even more lovey, even more ooey-gooey. They’ll make you their whole world.

(May 22nd to June 21st)
Flirting and playing games is something a Gemini excels at, so when they start focusing all of that flirtatious energy at one person you know they’re someone special. Gemini’s tend to be a little flighty and easily distracted, so when they find themselves willing to stand still for someone it’s clearly love.

(June 22nd to July 22nd)
Cancers are the love sign of the Zodiac. And for good reason. They’re incredibly empathetic, great listeners, and really invested in other people. When a Cancer falls in love they fall HARD. They’ll work every day tirelessly to bettering the relationship, to make it stronger, and to keep it going.

(July 23rd to August 22nd)
A bit dramatic and never one to shy away from wearing their heart on their sleeve, a Leo is in love when they want EVERYONE to know they’re in love. They’ll start Instagramming couple photos, holding their partner’s hand in public, and getting as much PDA as they can. They want everyone to know who they love because they are so excited about them. A Leo never really stops having butterflies.

(August 23rd to September 22nd)
A bit shy, notoriously hard to read, and a undeniably tentative when it comes to the act being vulnerable, it will be hard to tell what exactly a Virgo is feeling. You’ll know that a Virgo is falling in love when they start sharing with you and really trusting you. When a Virgo is in love (like real love, not just puppy love) they’ll start making a genuine effort to say what’s on their mind and open up.

(September 23rd to October 22nd)
Libras love being there for other people and putting others before themselves. They have trouble accepting help and even more difficulty asking for it. When a Libra is in love they start letting someone else lead, someone else be there. They’ll make sure their partner knows how important they are and that the relationship is something more than just a hookup.

(October 23rd to November 22nd)
Stubborn, sensual, and independent, loving a Scorpio is guaranteed to be a challenge. A Scorpio is never going to need to be in love. So you’ll know they really are, that they’re feeling something intense and deep when they open up their already very complete world and make room for another person.

(November 23rd to December 21st)
Love is the most exciting, thrilling adventure for an already spirited and energetic Sagittarius. Sagittarians are never afraid to follow their heart rather than thinking with their head. It’s obvious when they’re falling in love because they have no problem making it known.

(December 22nd to January 20th)
Capricorns are pragmatic, focused individuals. They’re never going to waste their time with something they don’t see going anywhere, with something that doesn’t have potential for a future. Capricorns are naturally very serious and difficult to read, so if they start to loosen up around someone and relax, it’s a sign that it’s something special.

(January 21st to February 18th)
Aquarians have enormous hearts and lots of love to give. They’re incredibly selfless and passionate, and want that big, sweep you off your feet, Disney movie kind of love. When an Aquarius shows their flaws or their bad sides, but trusts that their person will stay, that’s when they’re really in love. When they start to compare their real life to a movie, that’s when it’s love.

(February 19th to March 20th)
The artist of the Zodiac, a Pisces will absolutely make it obvious that they love you. You’ll start appearing in their work, their songs, the things they’re most proud of. They love fully and completely and get their hearts broken easily. When a Pisces is unafraid of getting hurt and chooses to love, it’s going to be obvious.