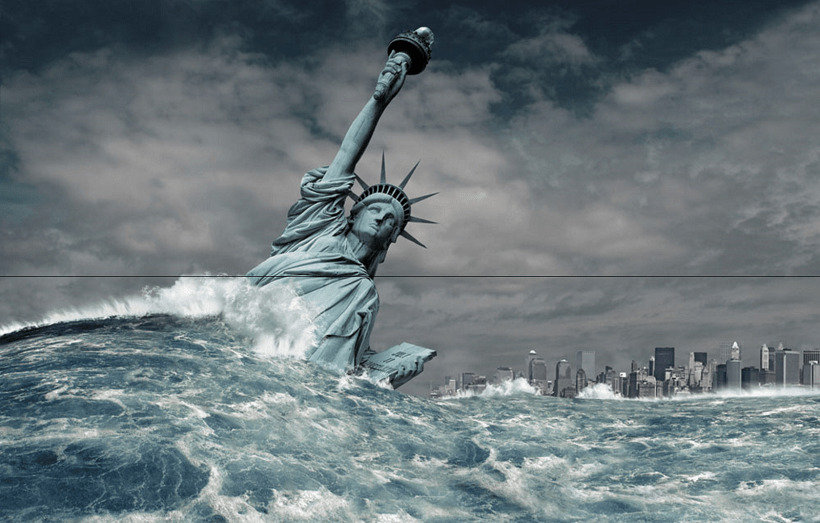 Independent and adventurous, you’d manage to survive the bleak, black hole. People are attracted to your optimism and go-getter attitude, igniting a new revolution. Fix everything, please.

Occasionally running into trouble for your stubbornness, you still make it out relatively unharmed. You become the financial consultant for the community of survivors in the now dystopian future.

You’d struggle. But it’s not your fault! Your gentle nature and big heart just aren’t cut out for an apocalypse. Especially one led by an oversized, evil Cheeto. Take cover and hide out underground. Maybe you’ll befriend a mole.

This is not your ideal situation. Because you’re so intuitive, you probably predicted this was all gonna happen. Which is frustrating because NO ONE LISTENED TO YOU, WHAT THE HELL?!? Having the world in turmoil is sure to send your already sensitive self into a (silent) spiral. But hey, at least you can say, “I told you so.”

This is actually your moment to shine. You’re action-oriented and someone others are naturally drawn towards. You’ll probably overthrow Trump, tbh. You’re our only hope.

When you’re stressed, you make lists. So, you know, it wouldn’t be weird if your room becomes covered in To Do lists. Just stay focused, boo. You can do this. (Probably)

A natural peacekeeper, you’d be trying to strike some sort of balance between people. Even when the entire world is falling apart, you’ll stand by ready to mediate. Bless you.

You’re fine. You low-key love the idea of an apocalypse.

As an optimist and open to change, you’re more flexible when it comes to the end of the world. I mean, as much as one can be. You’ll likely find the silver lining, no matter how terrible things get. Good for you.

You’re very determined and hard working. When you set your mind to something, it always gets accomplished. So, if you decide you want to survive this shit show, you will. If you decide it’s easier to just perish, well, we won’t blame you.

Despite being shy, you’ll 100% survive. You’re crafty and inventive. You won’t ever be the loud-in-your-face person talking about how OBVIOUSLY you’ll survive. You do it quietly. You probably come up with some sort of life-saving invention. Like a vaccine or whatever.

You cry so much, you literally run out of tears. You can be found wandering around half-heartedly singing “Why Can’t We Be Friends?” and looking for a Bernie Sanders look-a-like to hug.