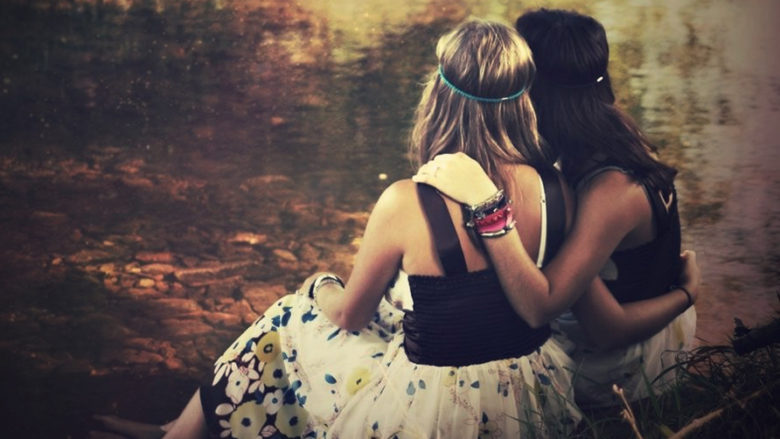 Be the one to instigate a hangout with a friend where you just do ‘nothing.’ You’re always the one planning get-togethers at exclusive cocktail bars or ‘must-try’ restaurants. So for once, just try inviting a friend to come over and watch a movie or sit out on your balcony – it’s important to remind your friends how much you enjoy their company, no matter what you are (or are not) doing.

Try asking your friends what they need from you. You’re always trying to think ahead, surprise them, and do things they wouldn’t expect in order to make your friends’ lives easier – which is great. But when a friend is going through a tough time, sometimes it’s so much better to ask them exactly what they need from you instead of trying to guess or to decide for them.

Understand that being a good friend has two sides – it means being there for the people you care about, but also letting them be there for you. You are very good at being dependable and supportive, but you’re more reluctant to let your friends take care of you. Being okay with letting your friends look out for you is just as important as looking out for them – it works both ways.

Start picking your battles and getting better at letting minor things go. You’re allowed to stick up for yourself and say something when a friend has hurt you or offended you, but if it’s just a minor irritation or something that mildly irks you, just let it go instead of ruminating on it.

Listen a little more, and accept that you won’t always agree with your friends’ ideas or beliefs. It’s good to be passionate about your own beliefs and convictions, but start putting a conscious effort towards hearing your friends’ thoughts too, and trying to understand their points of view – even if you know your opinion will never be fully swayed.

Be more willing to talk about your own worries, fears, and concerns. You’re a great friend when it comes to letting others vent to you, ask for advice, and use you as a sounding board for things in their life that they’re uncertain about. But when you don’t count on your friends in the same way, they often will take it personally or think that you don’t feel as close to them as they feel to you. So learn to talk things out with them as much as they talk things out with you.

Be more present in your conversations. It’s great that you get so much joy out of being around all of your friends, but rather than bouncing around constantly from person to person and conversation to conversation, try spending more concentrated, focused time listening and truly hearing each one of your friends.

You have no problem attracting friends, thanks to your magnetic personality. What you could focus on is follow-through. It’s not that you are flaky, but try putting in more effort to go the extra mile and go out of your way to do nice things for your friends; you’ll find that it is an incredibly easy way to strengthen your friendships.

Be okay sometimes with confrontation. As such an optimistic and good-humored person, you often feel like you are not allowed to be anything but positive and cheerful. However, it’s important that you understand you are allowed to feel frustrated sometimes, and that you’re allowed to confront your friends if they’ve done something to hurt or upset you.

Trust yourself enough to let yourself breathe, especially around your friends. The more you learn that the best part of friends is getting to be your truest self around them, the better of a friend you’ll be.

Don’t apologize for having feelings, and don’t make your friends feel weird for having feelings either. You are and have always been a steady and calming presence, but that doesn’t mean that you are expected by everyone around you to be detached and stoic. Lean into the things that you feel, tell people how you feel, and let them feel heard when they tell you how they feel.

Stick to your guns. You have no problem being an empathetic, sensitive, and compassionate friend, but you need to not be ashamed to stick to your beliefs and to not be afraid to stay true to what you think, regardless of whether or not it means you disagree with your friends. Don’t worry about always being in harmony – it’s more important to be genuine about your own beliefs.