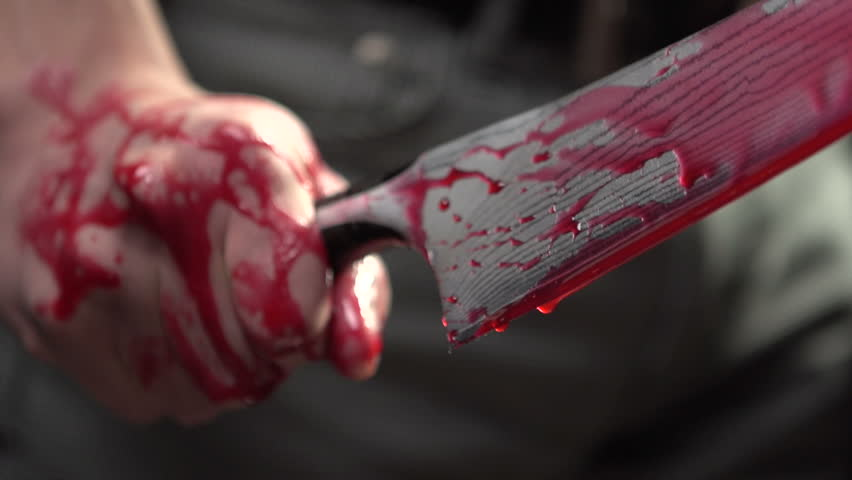 Aries
(March 21st to April 19th)
Impulsive, hot headed, and prone to rash decision making, Arians are the signs who would mistakenly kill someone to see IF they could get away without. Their downfall would be in the cover up. Impatient Aries would forget that God is in the details…and so are their giveaways. They’d be caught in something a more grounded sign would’ve been sure to get rid of, and it’ll haunt them forever that they didn’t think of that little clue.

Taurus
(April 20th to May 21st)
Taurians are very concerned with what is fair and good and right. A Taurus would be the vigilante killer—out for blood against those who mistreat others. If you crossed someone important to a Taurus, they would without question come after you and make you regret the day you wronged them. A Taurus never forgets, and they definitely aren’t likely to forgive if there’s revenge possible.

Gemini
(May 22nd to June 21st)
Honestly who knows what kind of a killer a Gemini would be. The Gemini would be the serial killer who was constantly changing methods of offing someone, making them impossible to predict and equally as difficult to catch. When asked why they committed the crimes they did, a Gemini would be the one to answer with something as chilling as, “Because I could.”

Cancer
(June 22nd to July 22nd)
Empathetic, loving Cancer would be a mercy killer. The only way a Cancer would actually kill someone would be because they were convinced it was actually good for the person they were killing. They would see it as an act of twisted kindness from the bottom of their giant hearts and would use that reasoning as a justification when it came out what they had done.

Leo
(July 23rd to August 22nd)
A Leo wouldn’t be able to keep their own horrifying secret because of their need for attention. The second the press caught wind of their killings it would be only a matter of time before a Leo admitted it just for the temporary fame. There’s not a chance in hell a Leo would ever let someone else take the credit for their crimes. They’d rather be caught that have to give up that spotlight to someone who didn’t actually earn it.

Virgo
(August 23rd to September 22nd)
Let’s be real; there’s no way a Virgo would commit a murder and be caught. They’re far to methodical and maniacal for that. A Virgo would be the type that would commit a series of murders and leave behind clues Zodiac style just to see if someone was smarter than them. And eventually they’d grow bored of the killing and move on to something else. Plus the idea that people would constantly be wondering who committed their crimes? To a Virgo that’s almost the best part.

Libra
(September 23rd to October 22nd)
The only way a Libra would ever go down for murder is because they either 1) Allowed themselves to be framed or 2) Got caught up in someone else’s mess because they aren’t good at avoiding confrontation or saying no. More likely that not a Libra wouldn’t actually be the murderer, but would be an accessory to the crime who got stuck in the situation. Luckily they’d probably make a lot of friends in prison. So that’s something.

Scorpio
(October 23rd to November 22nd)
Cool, cold, and collected, a Scorpio would make the absolute best contract killer. Out of the 12 signs a Scorpio would have the least trouble with disassociating their emotions and feelings and look at each kill like a job. Another plus side? They’re terrific liars and love to shroud themselves in a certain amount of mystery. Catching a Scorpio and getting a confession would be next to impossible, making them the perfect hitman.

Sagittarius
(November 23rd to December 21st)
A Sagittarius would probably accidentally kill someone and then spend the next 48 hours figuring out how to cover it up. They definitely didn’t MEAN to do it. They probably just got carried away and ended up in a worst case scenario. As long as a Sagittarius could figure out how to keep their mouth shut, they’d get away with murder. But if they impulsively let something slip, it would be all over.

Capricorn
(December 22nd to January 20th)
Capricorns can be paranoid and expect the worst from people, which is why a Capricorn would probably off someone simply because they thought their victim was about to do the same to them. How would they get away with it? By executing everything flawlessly and then locking it up in the ironclad vault that is a a Capricorn’s ability to keep a secret. What’s their logic? “Well. Better them than me.”

Aquarius
(January 21st to February 18th)
If you’re looking for the sign most likely to be a sinister, unemotional, stereotypical serial killer look no further than an Aquarius. An Aquarius wouldn’t just kill someone because they could, they would kill someone because it was fun for them. And their tendency towards being unemotional, aloof, and slightly all over the place would make them the most sinister of killers. An Aquarius would definitely make a legendary killer, but not one you’d ever want to be alone in a room with.

Pisces
(February 19th to March 20th)
With their hearts firmly planted on their sleeve, a Pisces is Most Likely To Commit A Crime Of Passion. A Pisces would be the person who would end up accidentally killing their lover (or another person if their parter was being unfaithful) in the heat of the moment. They’d get off for it though. Not guilty by reason of insanity. The reason? They just couldn’t help themselves and got carried away with their big, messy hearts. /By Brie Calvert