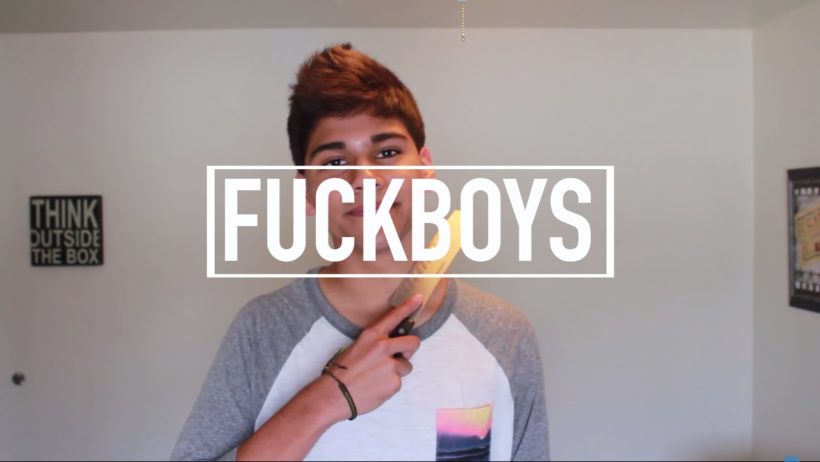 You attract man babies. A guy sees you and how active and up for anything you are and assumes you are a fellow adult child who will use “strong sense of adventure” to mask the fact that they never actually plan on getting their lives together. They avoid “labeling” the relationship so they have plausible deniability about how much “work” it is to respect another living, breathing person.

You attract men who want to manipulate the shit out of you. They see you’re loyal as hell so they spend a long time being totally fake in order to win you over and then pull a very insane Jekyl and Hyde routine and completely change personalities. Their long con was to get you to commit to them so that they can prey on you. They’re the type of guy that always needs someone around and seems like a “great guy” with “bad luck” from the outside — but those unlucky enough to know the real story will tell you otherwise.

You attract lazy men. They see how exciting you are and decide they want to live vicariously through you. They put you in the drivers seat and never lift a finger to plan something fun or romantic in the entire relationship. They see you as a show that exists to entertain them and figure out what is going to make their whole life meaningful — while they like, lay on the couch and don’t do anything for themselves.

You attract needy men. Cancers are incredible at giving love, so people want it even when they haven’t earned it. They’ll make sure to act just good enough to win you over and then turn into big suckling vampires who want to extract every ounce of nurturing out of you, while not giving you very much in return. These guys do you the ultimate disservice because they’re desperate to be with someone and incapable of being on their own — but they aren’t on your level, and they know it.

You attract men who aren’t over their ex. They see you as a means to an end — getting back at her by making her jealous. They want, above all, a girl who looks good on social media. It’s insulting because while, yes — you’re definitely that girl, you’re also so much more. And he doesn’t care.

You attract men who are looking for a mom, not a girlfriend. They see how put-together you are and think that by the magic of being around you, they’ll become put together too. You find yourself taking care of them more and more until you wake up one day and realize it feels more like you have a kid than a partner.

You attract men who aren’t looking for love. Few people can resist a Libra and their social charm is advantageous for men who are social climbers or who think having the right partner will make them more successful at work. Love isn’t in the top 5 most important things in their life, but they pursue you anyway (and then make you feel needy for asking to be a priority).

You attract men who can’t move beyond the surface level. They love a Scorpio because you can banter with the best of them — but they never want to put that shield down. They pick fights with you for the sole purpose of avoiding a moment where you might be real with each other. They knock you down or make a joke when you need them to support you. As feisty as you admittedly are, you also have intellectual needs and ‘witty banter’ isn’t going to fill them for very long.

You attract men who are incapable of taking anything seriously. You love to joke. They love to joke. But somehow they always make you stop laughing. You want just a tiny amount of time where they can get real and just tell you they LIKE you already. No one wants to feel like they’re still making small talk months into a relationship.

You attract men who are kind of just dicks. They’re too serious and all they care about is themselves and how they look and work. They like you because you’re put-together and classy, but sometimes it feels like their interest stops there — like you’re arm candy for them to show off and they don’t have deeper feelings for you. They might not! But only because they’re kind of heartless robots, not because you don’t deserve it.

You attract boring men. They love listening to you talk about books you’ve read and ideas you’ve had — but they never seem to have any of their own to mention. They latch on to you because deep inside, they know they’re boring. They think that dating you means they are intelligent and interesting, but all it means is that they’ve temporarily tricked someone who is actually those things into hanging out with them.

You attract the quintessential fuckboy. You attract men who want to seem like they are deep and cool without actually being deep and cool. They want to date you so they can latch on to what seems so authentic about you (which is, you actually are just who you want to be and don’t GAF what other people think). He’ll use you for the image it projects while somehow also making you feel shitty because he’s insecure about all the ways you’re different.