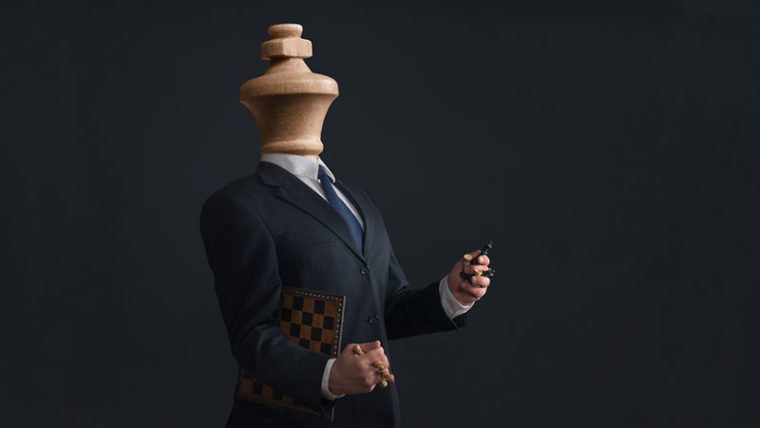 Most of us are a little bit self-involved. It is a necessary aspect as we all need to value and love ourselves. But narcissism is taking that to the next level.

For narcissists, the whole universe revolves around them. They fully believe that they are superior to everyone else in every way possible.

It’s not easy to argue with them or even to spend time with them as friends. They have no concept of teamwork and hardly ever bother to listen to others’ opinions, even if they prove their own opinions wrong.

They crave attention and it is as necessary as breathing for them. They like to maintain a crowd of yes-men around them to fawn on them and go along with whatever they wish.

If need be, narcissists can and will manufacture drama and intrigue around them so that they will not lose their spotlights and others will continue to be interested in them.

They cannot handle or respond any form of criticism. Narcissists often cannot see their own flaws and this often distances them from other people.

Interestingly, your zodiac sign can determine how narcissistic you are.

Leos tend to be quite sure of themselves, bordering on being know-it-alls. They are terrible at working in tandem with others.

They strongly believe that their opinion is correct and will never settle for a compromise.

They are very self-indulgent. They will do whatever it takes to get what they want without caring if the people around them are being affected negatively in the process.

Scorpios are very nice people if they’re in a good mood. They’ll be some of the best and brightest people you can hope to meet.

But there is a flip side to them. An angry Scorpio can and will be very rude and hurtful to those who are the cause for their anger.

They lack empathy and don’t usually care what others are going through. They view the world in black and white and just want to achieve good results.

Often self-serving, it’s hard to pinpoint an Aquarius as independent or narcissistic. They will sometimes stick up for people around them but only if it benefits them.

They are materialistic and worldly. They wish to be rich and famous and will do even cruel things to achieve that.

Don’t get close to them because when you are no longer of any use to them, they will not hesitate to cut you off from their lives.

Virgos are true narcissists. Like the original Narcissus, people born under this sign are completely in love with themselves and no other person can come in the way of that.

They don’t require anyone else’s approval or affection. Virgos will go on and on about their own lives for hours without worrying about the other people in the room.

Even the slightest discomfort or irritation is unbearable for these people and they will simply leave. They are irritatingly fussy sometimes.

They will not sacrifice any part of their comfort for someone else. If it ever looks like an Aries is helping out someone else, be warned that they probably have some ulterior motive that is for their own benefit.

They stand right on the fine line between empathy and narcissism and they fall on each side depending on how they feel at the moment.

They can understand other opinions without losing the idea that their opinions are the best. Working with them is not impossible but it requires a lot of effort.

If you manage to get them in the right place, at the right time, in the right mood, it will be like their narcissistic side is not even there.

If a Sagittarius wants something, they will get it. They will be like a sheer force of nature, uncaring of who they hurt or what boundaries are crossed.

However, they tend to regret their actions in the aftermath of their destruction because deep down, they are actually kind.

Be careful as they are master manipulators and can easily use you to fulfill their own ends.

Not really narcissists, but heavy attention seekers, these people need to be at the center of things. They cannot bear it if others get the spotlight even for a short while.

They are geniuses who can get what they want through their own skill. They can get people to assist them in return for their own assistance in other matters.

Their lives revolve around the maxim, ‘do unto others as you would have them do unto you’ so they actually do try to help.

Gemini’s usually doing good things but only because they want the same positive things to happen to them.

They like to tell others about their lives but have the least interest in the lives of others. They tend to look only at the surface of things and really do believe that all that glitters are really gold.

Libras don’t do much but they’ll manage to exaggerate even the smallest thing they have achieved.

They are ready to help people but will consider favors done for others as a debt owed that they can collect later.

Capricorns are very just people who are not afraid to call out corruption. If they feel like a person is doing something wrong, they will not hesitate to tell them so, no matter who it is.

They have approximate knowledge of many things and like to engage in heated debates and discussions. They tend to be intellectual and sure of their opinions.

Generous and caring, Pisces are the kind of people who will cry over a stray mutt and keep giving into causes they believe in.

These people do their best to make the world a good place. They work hard for this every single day.

However, they are followers and not leaders which means they can be easily swayed by a domineering personality.

Just remember that what goes around, comes around. Live a full, loving life and try to not leave too many scars on this world. Be the role model you’re looking for.