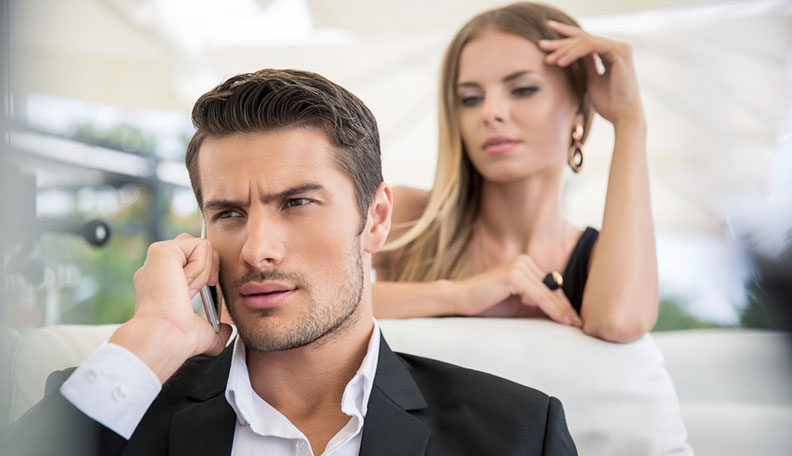 Competition is his first name, yes, first, not middle. Middle is the finger that he will show you if he won’t praise him as if he is at least a walking God. On Earth. In your heart. He’s also highly jealous and zealous, so make sure you have spare batteries with you for your own sake, or he will go looking for it somewhere else.

They run like waterfalls when it comes to feelings, so crabs are sort of the least likely sign to actually cheat, since they crave stability like we crave a Friday night out. But never put a bet on that. They are those people who won’t break up with you because they don’t want to hurt your feelings. But on the other hand, they’ll loosen up their yoyo somewhere else. But that’s a rare gem.

If they could walk around naked for people to look JUST AT THEM, that’s something any Leo would do. They’re flirty, but not always because they have lost interest in their partner, but because they crave attention from anyone desperate AF. So, unless their partner can multi-task on so many levels, including really hot-hot-hot sex, this beast will easily wave it’s tail back at you and search for a better treatment somewhere else.

They worry about problems that don’t even exist yet, they induce stress at a very fine level that you won’t even realize when you go b-a-n-a-n-a-s. But hey, peel it off with patience and nurture and this guy won’t set off for the next best thing.

This ego boosted Libra won’t cheat because they lack something in their life, they will simply cheat for the fun of it. For the fun of getting caught, rising excitement, pouring off a shot of adrenaline, and whatever else is left out there in a bag of wild. It’s hard to keep up with them, since you never know at what extreme they are, or how they’ll shift your mood, but you need to know one thing: if you think you can get creative enough to keep a Libra all eyes on you, you can conquer anything out there.

They will wear that sexy charm and trick you into thinking they are THE ONE. Most of the time, what a Scorpio really is has to do with flirting, seducing, and taking home as a Grand Prix. Because a Scorpio will make you feel like a Grand Prix. But not for long though. This sign rarely settles, so just don’t get your hope too up and you won’t have your moral going down either.

An affair to remember? Bring it on! Sagittarius is always on a mission to find fun. FUN, FUN, FUN, FUN, FUN. Meaning that what bae really wants is SEXY TIME in all the wrong places. Open minded? You could be a fulfilment for a Sagittarius, but keep in mind they make the rules.

Capricorn (December 22nd – January 19th)s can speak loyalty as their mother tongue, but they are not really into finding great big love. That doesn’t mean they will bathe in infidelity either. So, don’t think it will be easy. If they find you valuable they will indeed lead you, if they don’t all they will do is the plain obvious: get carried away by something new.

Seeking for emotional connection, not flirty texts, Aquarius wants to connect on all levels with his lover, so, chances are that whatever you have got there can work or won’t. No mid-way. Their honest gestures usually speak for themselves, leaving nothing to hide around the corner. By communicating and asking about their needs, you will easily prevent something that could less probably happen.

A ruler of empathy and emotions, this babe will only cheat if the relationship went from hero to zero. This guy is not meant to cheat within his structure, but unhappiness can at times swim really shallow waters. Keep it vivid and you won’t have to worry about a thing. /by Samantha King