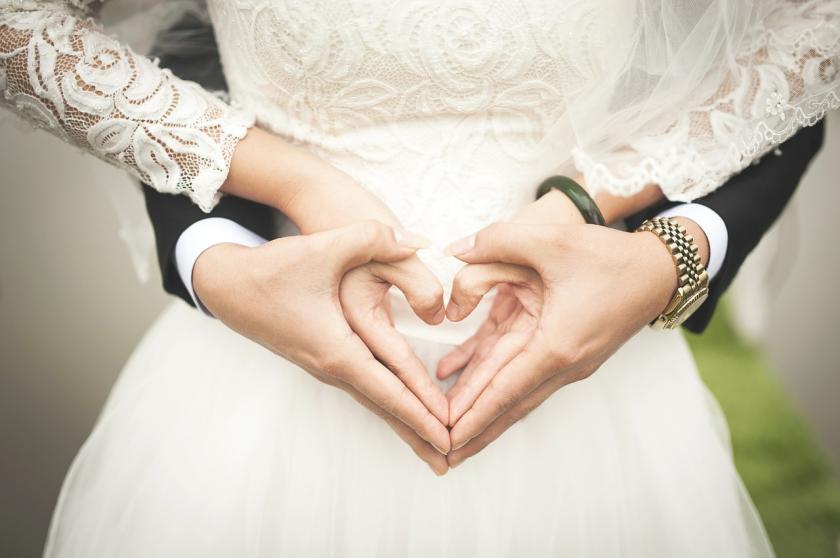 Are you involved with a man who you just aren’t sure if he’s really the marrying type? Here are some helpful hints that just may boost your decision on whether you want to marry him or move on.

Should You Marry An ARIES Man? When the Aries man commits fully; he’s tremendously wonderful. He’s a great husband and father. He’ll be the alpha male who protects his family at all costs. He is one of the best of the Zodiac to marry.

You may want to help him keep an eye on the finances though because he can sometimes be a bit careless. He likes to buy the very best and worry about the consequence later.

He needs a wife who will be responsible and will help him to make sure that he is able to keep things in order. Otherwise; he’ll be a father that will teach the children how to stand up in the world.

An Aries man will also be a stand up guy with his wife. She is his Queen and no one can tell him any different.

Should You Marry A TAURUS Man? The Taurus man thrives on trying to make a very stable home environment for himself. That being said; he’ll also keep it going strongly for his partner who could potentially be his future wife.

He’s a very driven man and will do what he needs to do to make everything flow smoothly and with a routine. He is a very loyal husband and will no doubt be an amazing father for the future children.

Is he the marrying type? Absolutely! It may take him a long time to get there but once he does he thrives on it. The stability that can come from being married and having children will make him very happy.

The Taurus man is a rock and can very much make a perfect partner in marriage.

Should You Marry A GEMINI Man? The Gemini man has a hard time with commitment. However; once he finally does; he’s a good partner. He isn’t the easiest person to keep the flow going with though.

It takes a very special person to be able to make things get to the next level with the Gemini man. He will no doubt make a very fun father but he isn’t the most responsible so the mother will have to be a strong personality.

You can make it work with him if you marry him but it will not be a piece of cake. You two will have to come up with a strict budget and make sure all the bills are paid on time.

He will be a wonderful and loving husband as well as father. Again; you’ll need to make sure that the boat sails smoothly.

Should You Marry A CANCER Man? The Cancer man is a tremendously sweet soul. Having a wife and family is everything he wants in life. He’ll do his best to build security for his nest. This man lives for the family life.

He is absolutely a wonderful and attentive husband. If you plan to have children; he’ll be a very loving father. He does want children for sure. If you don’t want children, you may consider a different partner.

Cancer men were born to get married and have a kid or two; maybe more. So he will crave a partner that will make a great wife and mother for his future children. Once he commits or marries; he’ll be ready to start that family.

Should you marry him? If you’re ready to have a home and family that will last; then yes, by all means, marry this guy. You’ll be glad you did!

Should You Marry A LEO Man? This is another alpha male in the zodiac. He’s a strong man who wants to take the lead in whatever it is he’s doing. If he’s asked you to marry him; that means that he absolutely wants to take care of you.

He’s one that will most likely want to have a family at some point. It may not be as quickly as a Cancer man would want but he definitely wants to build a home with his lovely wife and plan for future children.

The Leo man is protective over those he loves and will do everything he can to make them happy. His wife will have to make sure he has a steady stream of adoration. The kids will already love him and that will make him happy.

He wants to feel needed and having a family will definitely provide him with the ability to have that lifelong adoration and love.

Should You Marry A VIRGO Man? The Virgo man is one of great responsibility. He’s the type of guy that will allow you to have the front seat of the relationship and run the homestead. He will make sure that the family has all the money you need.

This driven man is one that will definitely work very hard and always make sure the bills are paid, you have a lovely place to live, and that all errands are handled. This way you can care for the kids and the household.

He’s the type of guy that will let you be the stay at home wife/mother if you would like. He isn’t very sensitive and though he’ll love you and the kids; he’ll show you his love by taking care of you.

The Virgo man is a bit complicated but can make a good husband.

Should You Marry A LIBRA Man? It takes awhile for the Libra man to settle down with the right woman. If you’ve managed to get him there; he may still take awhile before he will take the plunge to get married.

If you’re lucky enough to have had him propose then he feels he is ready to play the role of husband. He will no doubt be very good at it. If the two of you create balance together then you can rely on his stability as a husband.

Many Libra man; not all; will want children to dote on and spread their love around. There are the occasional few that will choose to have a life and career rather than kids.

The Libra man will always want to take care of you and make sure that you have a wonderful life together. If you want children though; you’ll need to talk to him to make sure you’re on the same page.

Should You Marry A SCORPIO Man? This guy is a bit more on the complicated side. When he fully commits to marriage; he’ll for sure not leave your side. The problem may be a bit of a power struggle between you.

While dating; he doesn’t try to enforce his leadership much but after getting married; he seems he’s a bit overbearing at times. If the two of you can find common ground; you can get past this.

He’ll make a wonderfully loving father if you want to have children with him. This is something you’ll have to discuss with him, of course. He’s passionate and very giving. He does want to take charge and be the head of the household.

This man is also very responsible and will always work hard to provide financial resources for his wife and possible children.

Should You Marry A SAGITTARIUS Man? This guy is a free spirit type. This means that though he may commit to a relationship; he may not want to marry anytime soon. So if you’ve gotten to the point where he does ask you to marry him; you’re fortunate.

The problem that may come with him is that he’s not one that is too entirely responsible. He’ll work and help pay bills but he’ll need a partner who will do the same. He’s not one to 100% financially support anyone.

He does the minimum of work to get by and pays what he can. He would prefer an “open” marriage so that he can still have a stream of newness and excitement but if he doesn’t; he’ll still attempt to make it work with just you.

In short; there are many factors that you’ll need to consider before saying “yes” to this guy. His moon sign could change it all.

Should You Marry A CAPRICORN Man? This is a successful man that seeks out stability with finances. He’s another great fit for a strong and solid future. If you’re after someone who will always be there for you when you need him; this is the guy.

He moves slowly with relationships but if he’s already gotten to the point where he wants to marry you; you’ll be a lucky lady to have a Capricorn man as your husband.

The one drawback is that the Capricorn man isn’t typically the emotional type. He’s strong and he’s resilient but isn’t likely to provide you with tenderness and passion.

If you can handle him the way he is; he’ll always be loyal and will take care of you in his way. You’ll likely never want for anything. He’ll be there for you as much as he can. Is he a good guy to marry? Yes he is!

Should You Marry An AQUARIUS Man? Keeping in mind that this guy is typically the “take it very slow” type of guy; he wouldn’t seem like he’d be the best marriage partner. However; if he does get to this level; he’ll make a wonderful husband.

He will be incredibly romantic; he’ll make life exciting and full of joy. So even if he doesn’t normally make commitment like this; when he does; he’s simply amazing and will make you very happy.

If you two decide to have children; he will make an excellent father. As an alpha; he’ll make sure they get a proper father who will teach them how to be outstanding individuals.

Should You Marry A PISCES Man? The Pisces man is one who is very sensitive and loving. He’s likely already been showing you how wonderful he is. He can intuitively tell what you need and does his best to give it to you.

He is very romantic, passionate, and will whisk you away on delicious getaways whenever possible. He’s good at being the sweet partner who is always by your side and gives you the love you crave.

He isn’t the strong and solid type though. He will be there for you but he isn’t the guy that will take charge and be the primary caretaker in the household. He’ll be your partner and be by your side though.

If you’re looking for a financial caretaker; he’s probably not going to fit the bill. Otherwise; he is a tremendous husband and father to your possible future children. His moon sign could possibly reveal a stronger financial desire.

Hopefully this list helps give you an idea of who is the most marriageable and which ones could use a bit of finesse and work. However; keep in mind that these are just sun signs. There is always more to the story./ by Anna Kovach