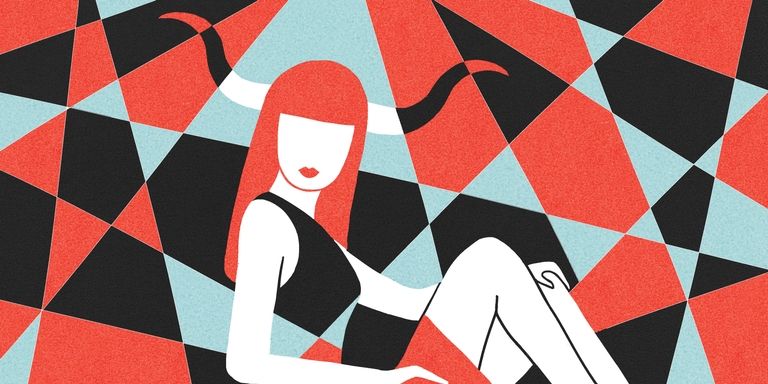 Summer ain’t over till it’s over—and you’re not ready to bid adieu to its ravishing rays just yet. Why should you go quietly into those chillier nights, Taurus? The Sun is lingering in Virgo and your festive, fun-loving fifth house until September 22, putting you in celebratory spirits. Blood-pumping Mars is also in Virgo from September 5 until October 22, prompting you to act boldly on your urges and desires.

With your hedonistic tendencies dialed up by the red planet’s presence, you’re still in the mood for music festivals, sampling street food and squeezing in one last vacation. Forget sweater weather—slip into something sleek and glamorous. Then go hold court at your favorite watering hole or throw a little welcome-back fiesta for the friends you haven’t seen in a couple months.

Think twice before offering Chateau Taurus as your gathering spot, though. Mercury, planet of communication, travel and technology, is wrapping up a tricky retrograde spanning August 12 to September 5. Mercury spent the bulk of its backspin in Virgo and your fifth house of self-expression, pressing the mute button on your joie de vivre.

An ex may have resurfaced or old drama might have flared, quickly escalating into a heated argument. On August 31, Mercury backed into Leo and your domestic fourth house, bringing the tension closer to home…or maybe right into the heart of yours. Friction with a female relative or roommate could reach a boiling point during the first week of the month.

If you’re moving or dealing with a home repair, brace yourself for extra chaos—or just wait a few days. An appliance could go on the fritz. (Time to get a new ionic hair dryer or high-efficiency washing machine?) Take extra precautions with electronics, plugging them into surge protectors rather than directly into the wall.

An ideal day to bring everyone together arrives on September 6, when the convivial Pisces full moon illuminates your eleventh house of groups, teamwork and technology. A collaboration you’ve been working on since the February 26 Pisces new moon (which also happened to be a potent solar eclipse) could reach a big turning point. You might have a shared victory lap to take, or you could officially join forces with some savvy innovators. Is it time to part ways or distance yourself from a troubled tribe? If so, this full moon helps you make your exit and move on to a better fit.

Another day in the spotlight arrives at the September 20 new moon, which kicks off a fresh six-month cycle in your fifth house of passion, creativity and self-expression. Who cares if Fashion Week just passed? Under this bold lunation, you could be a walking “September issue” or street style star just by doing you. If you want to debut a new look or hairstyle, the cosmos line up to assist.

Make sure you’re courting the right attention, though. An exact quincunx (an awkward 150-degree angle) with rebellious Uranus could attract shady people and incite questionable behavior. A hedonistic urge—from drinking too much at a party and hooking up to getting a poorly planned tattoo—might have longer-lasting effects than you bargained for. Stay mindful in your pursuit of pleasure.

The time-out whistle blows on September 22, when the Sun starts a monthlong trek through Libra and your sixth house of health, fitness and organization. Break from the dramatic plotlines and get life back into a simpler, steady groove. Have you fallen off the wellness wagon this summer? Chilled chardonnay at your favorite sidewalk bistro and carb-laden dinners have been fun, but you’ll soon start craving seasonal produce and savasanas.

Since the sixth house rules digestion, read up on eating for gut health and consider adding a probiotic to your daily regimen. With lucky Jupiter wrapping up a 13-month tour of Libra on October 10, you’ve got an extra push to get a healthy lifestyle change underway or activate your fall fitness plans.

Stress could reach peak levels on September 28, when expansive Jupiter makes its third and final opposition to unpredictable Uranus in your twelfth house of closure, healing and rest. Have you become so consumed with “doing” that you’ve lost touch with the divine? Maybe you’ve made one too many sacrifices, leaving yourself saddled with an unsustainable workload.

Before resentment pushes you over the brink, wave the white flag. Delegate, swallow your pride, ask for support. Like a plodding bull, your sign has a tendency to just keep pushing through adversity. But sometimes the best course of action is to pause and wait for the universe to send you a clearer signal.

When you force things, you could miss important guidance or wind up working harder not smarter. During a Jupiter-Uranus face-off, which only occurs every 14 years, there’s a tendency to be extreme: cutting people off or acting in a dictatorial manner. Look back to the previous two Jupiter-Uranus oppositions in this cycle, which fell on December 26, 2016, and March 3, 2017. Themes from around those dates could crop up again.

With these two rash planets in your health houses, your body is talking to you—and you’d be wise to listen. It could be time to make a serious lifestyle change, like cleaning up your diet, quitting cigarettes or starting a consistent yoga and meditation practice. This rare aspect may be sounding the call to stop self-medicating or avoiding important issues. Denial is no longer an acceptable co-pilot.

Don’t dismiss those aches and pains: They could be a wake-up call to pay attention to an emotional or spiritual imbalance. Is a lower back twinge a sign that you’re feeling unsupported? Are your intense dreams and fitful sleep sending subconscious messages? Look deeper and, if you’re feeling out of sorts, see a doctor. Even if it’s minor, it’s always better to be safe.

Luckily, you’ll get a dose of perspective and shored-up conviction that same day. Also on September 28, transformational Pluto ends a five-month retrograde in Capricorn and your ninth house of philosophy, growth and risk-taking. If you DO need to make a change—whether big or small—powerful Pluto’s course correction will steer the way.

Follow your intuition, which may have been dimmed by the dwarf planet’s backspin, and open your mind to new possibilities. Instead of taking a skeptical “I’ll believe it when I see it” stance, dare to trust that things WILL work out for you, even if you’re not quite sure how. As Martin Luther King, Jr., said, “Faith is taking the first step even when you don’t see the whole staircase.”