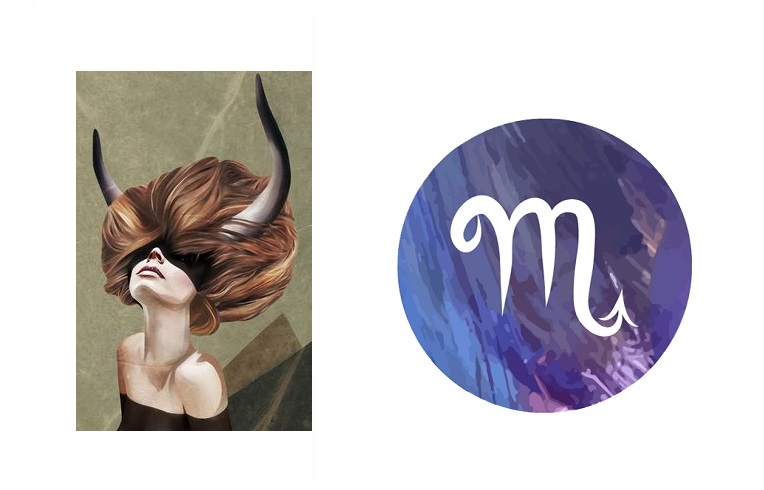 They are both very forthright in their demands of their lovers, and have a very protective streak of what they are building against the outside world. But we don’t want to overcomplicate this one: without being crude, by far the most Taurus-Scorpio questions we get are about the sexual connection and nothing but the sex.

As to be expected with such a strong sexual connection, they may push each other too much into impulsive actions and mistakes. Only these two opposites could make one another break character. Just be careful they do not forget what they originally stood for…

CAN IT WORK BETWEEN TAURUS WOMAN AND SCORPIO MAN?

She has to work on his schedule and he has to acquiesce to her demands. If they drop their masquerade relatively early to let one in, they will see they want much of the same thing out of life. A potential epic romance on a very practical and secretive level, among polar opposites of the zodiac.

Taurus Woman and Scorpio Man are two lovers who love to uncover hidden potential and depth to their romances, so this sleeper epic romance amongst two polar opposites has much potential to keep them both challenged for life. They will have to navigate each other’s goalposts in the first few months of their relationship without doing anything too impulsive, yet the problem is they do naturally bring impulsive behavior out of one another with such an electric connection. The good news for these two Fixed signs, however, is their goalposts often stay in exactly the same place they left them, waiting for one another to come aboard.

Scorpio Man is an audacious lover who has no problem telling his partner exactly what he expects of her, within the confines of their private time together. He also possesses a lot of discerning taste for all avenues of life, including material possessions and career advancement with the subtlety of his perception and manipulation of others. His personal goals for life, although well guarded from strangers, will impress Taurus Woman and re-assure her once she is let into his world.

She sees a man who doesn’t just let any stranger into his love life, and a few dark compulsions to make her less rigid and discover the quirkier side of herself that is willing to please the right man.

A Taurus Woman can match anyone for consistency and work rate in any endeavor to which she commits. She will pursue all of her heart’s desire in any area of life without apology, yet with enough due diligence and careful logic to make sure she is not simply walking into a mistake. Although she may appear rigid, shy and retiring at first, this is simply because many things fail to engage her interest.

Her polar opposite, Scorpio Man, should have no such problems as they both sense there is a hidden electricity to their first meetings. He is equally as thrilled as she is at the prospect of more lying beneath the surface between them. Hidden depths are exactly what they both fantasize about in romance.

Taurus Woman may provoke Scorpio Man into taking a more masculine role in affairs, prompting him to take initiative with her eye contact. Most people fail to pick up on her non-verbal suggestions, but Scorpio is a sign built for perception, picking up on what is said like the Basquiat of zodiac relations.

Her hidden wish for a man to take charge and impose himself on certain areas of their courtship is right up his alley, since he likes blending dark desires and emotionally poignant moments into any sexual and romantic affair. They are both very picky about their partners, knowing they have a lot to give. These are probably the two least likely signs to sleep around with casual partners, despite Scorpio’s reputation for prowess. They both walk around with a hidden sign marked “reserved”, for the right lover.

As their relationship develops, Taurus Woman can help her Scorpio to remove bias and emotional upset from any conflict and help him to see the most logical, short path through to his successful goals. Instead of getting embroiled in the politics of others, she can teach him how to become less involved in that which truly doesn’t match his or their common interests.

He, in turn, will make her feel like more of a woman than any lover can. He can push her beyond her boundaries and teach her to follow her instincts. They usually lead her to building a home life for both, in anticipation of a family. But they are two very capable breadwinners, so any family roles will likely be divided between the two as and when necessary.

The mix of Water and Earth is a naturally compelling one for great sex. These are two lovers who rejoice in the interplay between light and dark when lovemaking, and their Fixed nature means they can often be locked in the bedroom for hours or escape to a hotel for an entire weekend, without ever leaving the suite. Where she will teach him romantic ideals and storybook devotion in their physical intimacy, he will teach her it’s all right to release sexual expression through leather and chains, every now and then.

Taurus Woman and Scorpio Man is a high achieving relationship, without braggadocios nature or billboard advertising for all the money, power and love they can hoard between them. They do not believe in inviting outside interference into their bond, being two highly possessive lovers who love to see their devotion matched in the other.

The downfall is that their moments of discord can be equally as secret and sometimes dark, perhaps violent in nature. To avoid their boundaries being broken, past forgiveness, the irony is they may need outside counseling or mediation from time to time. These two polar opposites speak slightly different languages, but want very much of the same things from life.