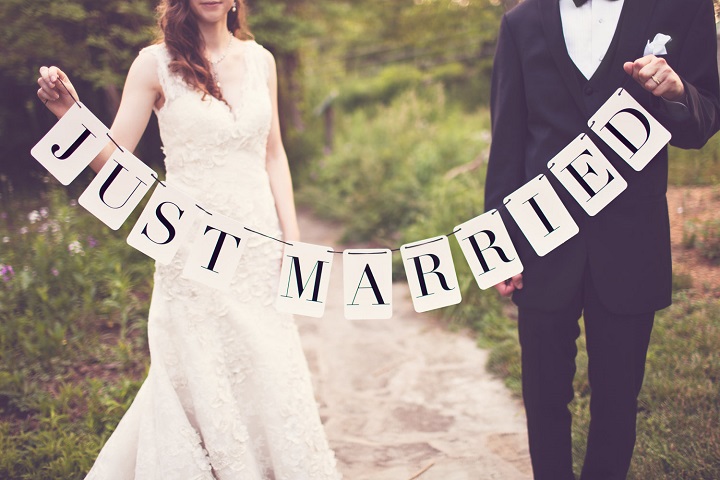 Before you say “I do”, it’s good to know exactly what you’re getting yourself into! So will the stars align for you and your hubby-to-be? For better or worse, here are the pros and cons of marrying each zodiac sign, according to two of our favorite love astrologers.

Aries (March 21-April 19)
Lucky for you, with an Aries, there will never be a dull moment, as they’re fun loving, wild and exciting to be around, notes astrologer and psychic medium Suzie Kerr Wright. On the contrary, they tend to be set in their own ways and can also be a bit selfish and bossy too, points out astrologer Joan Porte.

Taurus (April 20-May 20)
The good news? He’s loyal, hard working and will be home every night at the same time, says Wright. “He’s a solid upstanding guy that people can count on.” Oh, and don’t be surprised if he enjoys life’s little luxuries as well. The downside? “He’ll expect you to be just as devoted and reliable so free spirits need not apply.” In other words, he can be a bit boring.

Gemini (May 21-June 20)
This guy was born with the gift of gab, which can be both a good thing and a bad thing, according to Porte. “He’s a great conversationalist, interesting and smart. However, he’s always talking and may have a tough time listening to you in return.” He likes variety and can be a commitment-phobe.

Cancer (June 21-July 22)
Everyone loves a big teddy bear and this guy is quite the nurturer! He’s cuddly, loves his mother (well, in most cases…some of them hate their moms) and he understands your feelings too, tells Wright. As for cons, he has high expectations and wants you to be just like his mom. “He can also be moodier than you when you’re PMS-ing!”

Leo (July 23-August 22)
There’s never a dull moment with a Leo! He’s a master entertainer, sparkling, dynamic and the life of the party always, says Porte. He’s a blast to be around. But, as Wright points out, he can get pouty when he’s not the center of attention and can be hot headed and extremely vain. “Make sure you have a double mirror in your bathroom when you live with a Leo or you’ll never get to use it.”

Virgo (August 23-September 22)
If you’re into organization, especially when it comes to finances, then Virgo is definitely your man. He’s dedicated, put together and really has his feet on the ground, notes Porte. Nevertheless, he can become a bit OCD about the whole organizing thing and be too ruled by routine. “He’s extremely picky and may lack self-confidence.” He is health-conscious and intelligent though, adds Wright.

Libra (September 23-October 22)
He’s sociable, pleasant to be around, romantic and sweet, not just to you but to everyone he encounters, reveals Wright. On the flipside, Libras often can’t make up their mind and are notorious players! “Be ready to fight off other women even if he’s not an out and out cheater; he charms everyone.”

Scorpio (October 23-November 21)
According to Wright, Scorpios are loyal, deeply passionate, straightforward and determined too. They’re also amazing in bed, but you probably knew this already! Their downfalls? “They always seem to have a hidden agenda and can keep secrets almost too well. Their words can cut like a knife.”

Sagittarius (November 22-December 21)
They’re always up for adventure and are world travelers by nature, notes Porte. Sagittarius also has a lot going on upstairs and are intelligent dudes. Unfortunately, sometimes you just can’t win with them, as they hate to lose arguments. “They can be know-it-alls and kind of tactless too.”

Capricorn (December 22-January 19)
He’s hard working and determined to succeed, making him a great provider at home, says Wright. “He’s a very loyal sign, strong willed and independent as well.” But he can be extremely stubborn, sometimes controlling and a bit detached emotionally so watch out for that.

Aquarius (January 20-February 18)
He’s young at heart, always up for a good time (both in the bedroom and out of it), very innovative and always seeks out the special aspects of life, according to Porte. The cons? He’s not all that dependable and can be somewhat rebellious. “He likes to shake things up just for the fun of it.”

Pisces (February 19-March 20)
Pisces are sweet, excellent listeners, romantic and passionate. They give their hearts and souls, says Wright. However, this isn’t always a great thing, as they can get taken advantage of. “They can also go extremely hot and cold in a heartbeat. You never know which ‘fish’ you’ll get from day to day.” /Originally Written By Elizabeth Mitchell