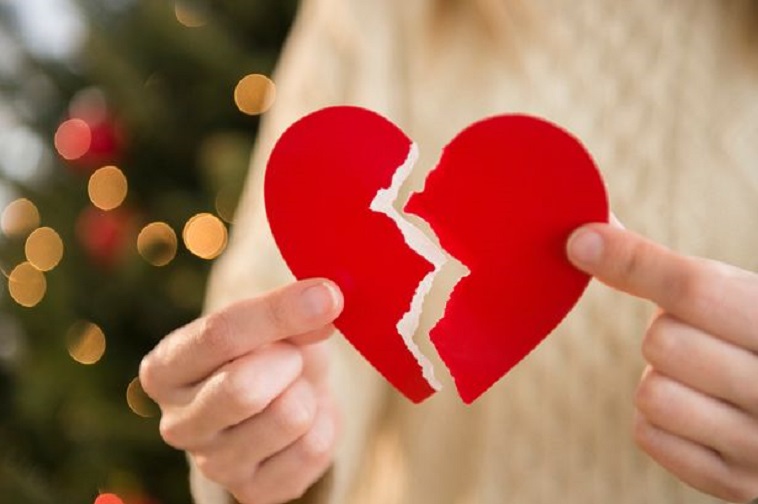 You break hearts when you show someone the time of their lives and then get bored with them two weeks later. People fall in love with your adventurous spirit, but you only give them so much of that for so long. You want to do more, see more, and have fun while you can, and not everyone wants to stay on that ride with you, so you unintentionally break hearts along the way.

You break hearts when you let someone get to know you just enough for them to develop strong feelings, and then you close yourself off completely and don’t let them in any further. You’re loyal and you’re always there for people when they need you, but you’re perpetually terrified of getting hurt. You don’t have trouble giving love, you have trouble receiving and accepting it.

You break hearts when you send mixed messages. You’re up and down, hot and cold, you’re all over the place and the people you become romantically involved with constantly question whether or not you’re actually interested. You don’t know exactly what you want, but you don’t really feel the need to figure it out either.

You break hearts when you break up with someone because they’re not good enough for your family or friends. Their opinion means the world to you, so if your family doesn’t like the person you’re dating, you completely sabotage the relationship. You know your loved ones have your best interests in mind.

You break hearts when you don’t let the person you’re dating ever have the spotlight. Your significant others fall in love with your boisterous personality that always ends up being the brightest in the room, but you break their heart when you can’t let them have their moments too. You somehow make their important events all about you, and it upsets them.

You break hearts when you stop dating someone for reasons only you and you alone could think of. You’re in your own head a lot and you tend to over-analyze things that aren’t worth over-analyzing. When you break up with people your significant others usually have no idea why, and when you try to explain it to them, they still don’t understand.

You break hearts when you make someone fall madly in love with you, and leave them because you know you’re settling. You’re kind, affectionate, and dependable, but you know you have to be just as fair to yourself as you are to the people you date, and sometimes that means leaving them and the relationship behind.

You break hearts when you tell people the brutally honest reason as to why you’re dumping them. You value honesty over catering to other people’s sensitivity. You’re not going to sugar coat your breakups. You explain your intentions in relationships from the moment they begin, and you explain your reasoning for why they need to end (even if it hurts them).

You break hearts when you let the pressure of life’s timelines get to you. You have a very specific plan of when and how your life is going to play out, which tempts you to make ultimatums with the people you date. If they don’t plan on marrying you before you’re 30, you leave them to find someone who is willing to meet your deadlines and work with your schedule.

You break hearts when you realize the person you’re dating doesn’t understand the way you express yourself. Whether it’s through art or music or poetry, you don’t expect them to enjoy it as much as you do, but you do expect them to understand that your life wouldn’t be the same without your passion. Self-expression is everything to you, and you break the hearts of those who simply don’t understand that. //by Nicole Tarkoff