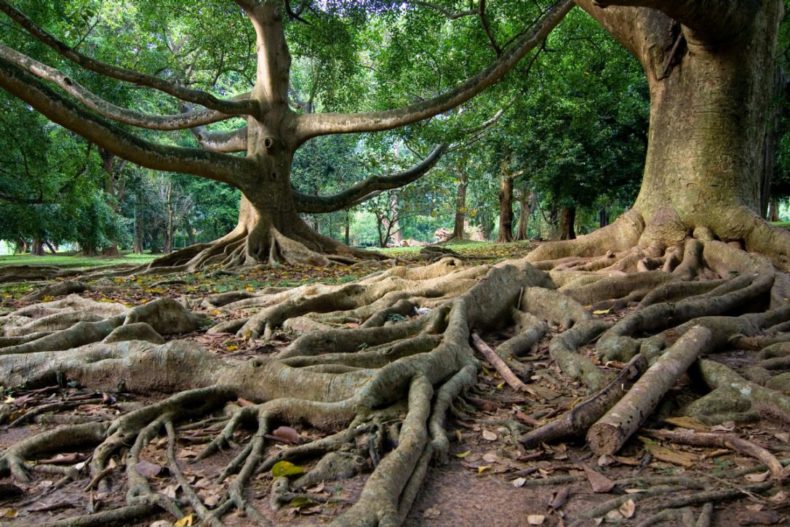 You’re too afraid to commit, even if you’re already in a relationship. Having a title and having your heart all in are two different things.

On the surface, an Aries wouldn’t seem like the sign to shy away from making things ~official,~ but the truth is that they are often too cautious to give anything their all without a long period of hesitation and contemplation beforehand.

This can also manifest as being overly analytical and critical of a partner. In the end, they’re just trying to save their hearts, but they’re actually holding themselves back from love in the process.

You’re secretly insecure. Beneath all of the seemingly profound confidence is someone who feels almost constantly unsure of themselves.

Your relationship problems arise when you feel like your partner is questioning you or bringing these issues to light – and if it’s a matter of why you can’t find someone in the first place, it’s often because you’re not ready to let someone see your authentic self.

You’re watering the grass on the other side. You’re so busy dreaming about the 20% of your life that could stand to be better, you’re forgetting to focus on the 80% that is already great.

It’s not to say that you aren’t committed, but that you have a tendency to always be wanting, wanting, wanting. Your eyes get big and you’re easily influenced. You are impressionable. This is not always a bad thing, but when it comes to your relationships, you have to find your center. You can’t be Googling tree houses in Arizona and imagining living the rest of your life by yourself every time you and a S.O. get into a fight.

You are fragile. So fragile, in fact, that you go out of your way to seem tough and opinionated, so that people won’t challenge you. It’s this fear of the depth of your feelings that leads you to being sometimes off-putting. It’s out of a desire to protect yourself.

You’re not living up to your own potential. A lot of people recognize Leos for being a little bit egotistical, and frequently finding themselves feeling jealous in romantic relationships. This is because Leos are inherently driven and determined people: if they aren’t living up to their fullest potential, their disappointment can sometimes manifest as aggression toward those that are.

Your expectations are either far too high or far too low. You are withholding yourself from love because you are either being too discerning or not discerning enough.

It may seem like a juxtaposition, but Virgos are prone to overthinking and are secretly sensitive. Not only this, but they want to find the right partner, not just someone to fill a gap in their lives. The combination leaves them either too quick to write off someone’s (normal, healthy, realistic) faults, or too quick to settle for someone who doesn’t treat them as well as they should.

As a Virgo, your relationship issues will dissolve when you start being a little bit more of a realist about things (and people).

The reality is that you’re not as high and holy as you like to think you are. You struggle in normal, human ways, and as they say: it will all come out in the wash. (I.e.: when you’re in an intimate relationship, you will have to reveal your true self.)

But you’re not doing as poorly as you think you are – not by a long shot. Opening up to love will show you that you’re just being too hard on yourself.

You’re so afraid of rejection, of feeling unworthy, of having someone see you for who you really are, that you end up just closing yourself from love entirely. You like to blame everyone and anything else, but the reality is that you aren’t trying as hard as you like to pretend.

You’re secretly really selfish. Of course, it takes a lot for you to come to terms with this reality – it’s not a flattering one – but at the end of the day, you’re most interested in your own wants and needs, and anybody who gets in your way annoys you.

You’re sabotaging your relationships by not really being open to compromise (and when you do compromise, you easily become resentful of it). Your life cannot only be about you – and once you accept this, you will actually enjoy it a whole lot more.

You’re needy in the sense that you want someone else to give you confidence and make your life seem fun and worthwhile. You want someone to do the heavy lifting in your life, and if you’re honest with yourself, you’ve kind of been waiting around for the right person to come along and do just that.

Deep down, you’re also jealous, and you have a hard time letting go of the past. You’re territorial of your partners because, again, you’re not totally confident in yourself yet. You know that they could do better, or at least, you fear that’s true. Get to a place where you’re certain of what you have to offer. The rest will unfold from there.

You have to care about something other than work. Your purpose in life is not just to create a business and die. An essential part of your legacy is your personal relationships. Not only that, but they also make life so much more worthwhile along the way.

The point is, you have to care about other people as much as you do your own personal advancements. You are probably sitting there thinking: “But I do,” yet if you’re totally honest with yourself, you can see how your relationship issues are bred from an inability to balance work with, well, your other life.

You’re addicted to the high of falling in love, not navigating the boring, tedious reality of maintaining that love. As an emotional being, you thrive when you’re motivated and inspired by someone. The reality you have to come to terms with is that the love of your life won’t always make you feel starry eyed and dreamy every single day – and that’s completely okay.

On the other hand, you’re neglecting the work that you still have to do on yourself. You are intuitive enough to recognize the areas of your life that you need to work on, and you should trust that when you do, the person who is right for you will show up. Focus on what you can control first. /by Brianna Wiest