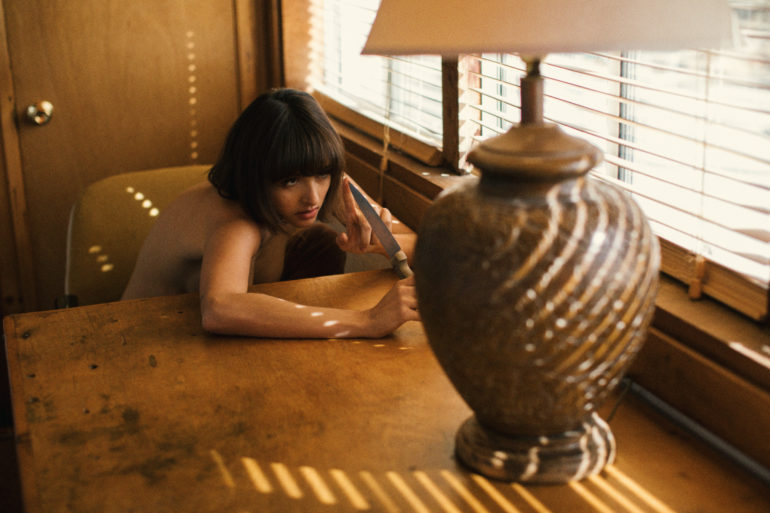 Aries (March 21st – April 19th)
You’re the type that gets really excited and really angry all at once. You’d make the kind of psycho with Tourettes who fights everybody for no reason just to take up space. You’d also argue a lot about feminism.

Taurus (April 20th – May 20th)
You’d probably make for an almost psychopath. You would keep yourself very calm and collected, then one day, suddenly start pulling strings to have that co-worker who makes more money fired. You’d never feel sorry about it.

Gemini (May 21st – June 20th)
You’d be a happy psycho. Wherever you go, you can’t just get plenty of fun and good times. You will rob a bank just for the thrill.

Cancer (June 21st – July 22nd)
As a psycho, you’d most definitely be the cute one. Like the conspicuous teenager in Hard candy, you’d track your victims thoroughly before you chase them and make them believe they’re in for some torturous punishment.

Leo (July 23rd – August 22nd)
You’re the strange psychopath of the zodiac. You’d decide to start a cult about yourself and have people venerate you online. You’d make small giveaways consisting in personal belongings, like toothbrushes and hair strands. Yuck!

Virgo (August 23rd – September 22nd)
You are the friendly type of psychopath that can appear to be all that humane and humanitarian – give money to the poor, help an elderly lady, be of service whenever needed, but you would sometimes be overly vengeful to a close friend if they wrong you with something quite small.

Libra (September 23rd – October 22nd)
You’re the type of psycho who would most definitely snap and kill someone who doesn’t like you or agree to your ideas. You know, just because you can.

Scorpio (October 23rd – November 21st)
You’ll probably be the cold, calculated and creepy psychopath who makes elaborate plans on how to make the person who went ahead of you in line suffer forever.

Sagittarius (November 22nd – December 21st)
You’d be the traveling psychopath. Always on the run, always looking for new prospects. If you were a psycho, you’d kidnap men and lock them up in your mansion to benefit from sexual activities with them.

Capricorn (December 22nd – January 19th)
You’d probably be the lurking in the dark type of psycho, but somehow you find your psychosis too funny to act all serious. You’d follow people on their way home and scare them away screaming Surpriseeee!!! when they are just about to get in.

Aquarius (January 20th – February 18th)
You’d make the creepy psychopath of the zodiac. Your pervy nature makes you perfect for a voyeur. You’d secretly watch people inside their homes and take notes about their behaviors, then turn the whole thing into an art project.

Pisces (February 19th – March 20th)
You would be the master psycho of them all. You’d probably wear a grey rain coat to match your school teacher glasses and flash away your naked body underneath at people. /by Aditi Punjab