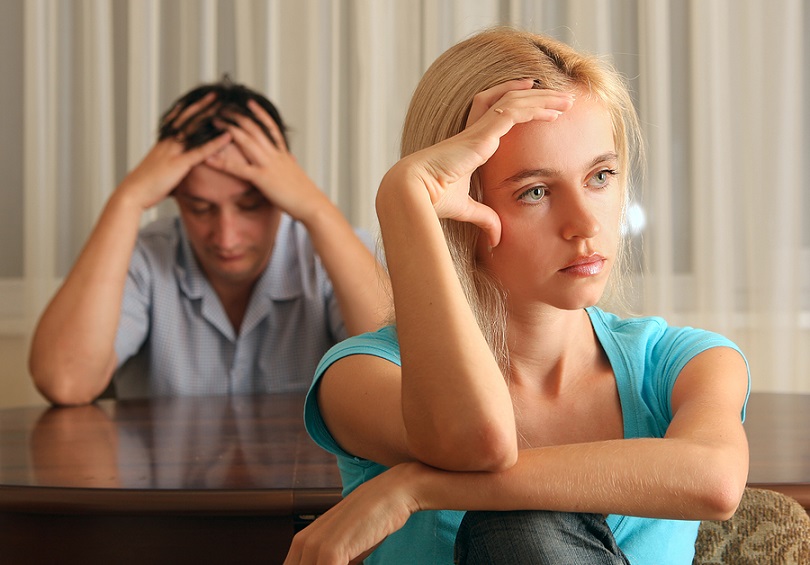 If you chase after your man a little too much, you can bet that he is going to lose interest in you really quick. An Aries man is always a guy who likes the thrill of the chase. He loves the challenge of having to win a girl over. Stop saying yes to his every demand. If you deny him every once in a while, he’s going to want to keep on coming back for more.

Taurus (April 20 – May 21)
Make your intentions known early and honestly. Don’t play coy and hard to get even when you know that you really want your man. A Taurus man doesn’t like to play around. He has no time for women who treat courtship like a game. They know what they want out of life and relationships and they don’t sweat the little stuff. So if he thinks that you’re not as into him as you really are, he’s just going to walk away.

Gemini (May 22 – June 21)
It doesn’t take a lot for a Gemini man to lose interest in his woman. A Gemini is very observant and he has great attention to detail. Even the littlest things about you have the power to either make or break his attraction for you. One thing that could impede your way into his heart is your sloppiness. A Gemini man always wants his girls to be neat and presentable at all times.

Cancer (June 22 – July 22)
Don’t you dare try making your Cancer man jealous over anyone. It’s going to backfire on you. A Cancer man will not want to compete with another man for your heart. If he sees that you aren’t able to commit to him and him alone, then he is going to find another girl who can. A Cancer man doesn’t like dealing with jealousy. He merely moves on.

Leo (July 23 – August 22)
Avoid being a blabber mouth if you want to keep a Leo man in your life. He doesn’t like being with girls who are absolute chatterboxes as far as conversations go. They like being able to have deep and meaningful discussions with their girlfriends. But when the conversations start becoming a little one-sided, a Leo man will start to get turned off really quickly.

Virgo (August 23 – September 22)
Just stop whining. Well, in truth, no one ever likes a nagger. But this is especially true for Virgo men. They absolutely abhor being in the presence of women who whine too much. They would much prefer their women to be natural problem solvers and doers. They hate it when it’s all nagging a hundred percent of the time. They get irritated fairly quickly and you can’t expect them to stick around if you don’t change your nagging ways.

Libra (September 23 – October 22)
Don’t be so fickle minded. Stop being so unsure about what you want. Whether it’s the big things or the little things, a Libra man likes a girl who is sure of herself. He is incredibly attracted to the woman who goes after what she wants. He hates girls who just can’t seem to make decisions for themselves. That’s why when you want something, don’t be afraid to let your Libra man know about it.

Scorpio (October 23 – November 22)
Words aren’t enough for a Scorpio man. Sure, it makes him feel good whenever you tell him that you love him. It pleases him to see your sweet posts about him on your Facebook and Instagram feeds. But all of that is moot if you are unable to express your love for him in a physical manner. He wants to be able to feel your touch. He needs your hugs and your kisses. If you can’t give that to him on a consistent basis, he’s walking away.

Sagittarius (November 23 – December 21)
There is only one simple thing that can scare a Sagittarius away faster than an Olympic runner: it’s when a girl pressures him to rush through a relationship. A Sagittarius always likes to take his time and he doesn’t like being rushed into anything at all.

Capricorn (December 22 – January 20)
Capricorn men just have no patience for women who are too dense to function. They like their women with depth, intelligence, and wit. If you can’t provide that for him, then he is most definitely turning elsewhere for romantic companionship. You have to be very smart and witty to gain the affections of a Capricorn man.

Aquarius (January 21 – February 18)
Simple: Dishonesty. That’s the one deal-breaker for Aquarius men. The moment he finds out that you’re lying to him, it’s over. He’s done with you. Don’t expect to see him again anytime soon.

Pisces (February 19 – March 20)
Stop taking things so seriously. Pisces men are only attracted to light-hearted women who know how to have fun. They are always looking for a good time and if you just happen to be a party pooper, he isn’t going to want anything to do with you. /By A