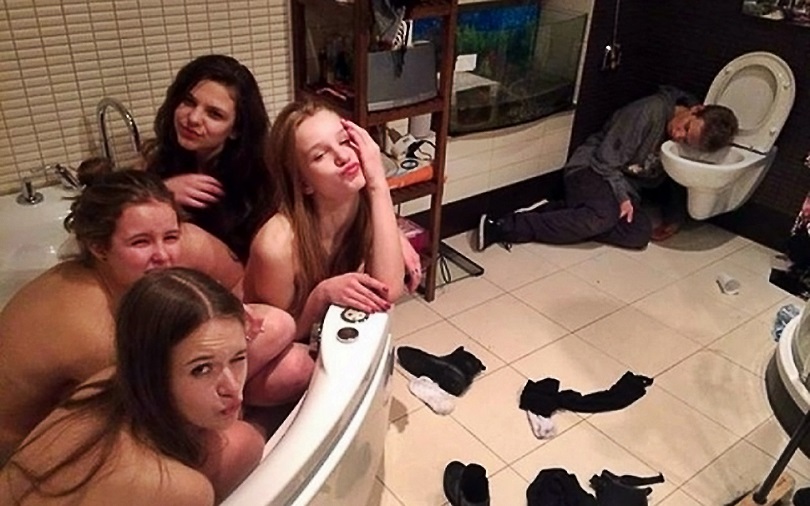 Aries are famous for their love of adventure and free spirit. You’re the master of the ceremony, taking up all important space in the room, connecting people and collecting memories. You’d probably only compete with Van Wilder.

You like things glamorous and correct. You enjoy the finesse that makes you feel bourgeois, and you’re probably spending a lot of time and money to look, not just be, refined. At a party you’re probably in the middle of the room, catching flirty gazes and greeting everyone who approaches with the sparkly wit of a perfect host and the charming minx allure of a perfect mistress.

Boy, do you party, Gemini! You’re probably dancing on the tables now with fellow Aries, or doing hoola hoop in front of the campfire, having taken shrooms before. When you’re not keeping up with fellow Aries, you’re chillin’ somewhere near, always in good company.

You are the music while the music lasts, Cancer! The dreamer in you is the dancing queen of every given party. You know all the lyrics, catch all the club anthems, party like there is no tomorrow. With you, life is a beautiful melody hummed on two voices.

You’re probably taking selfies in the bathroom mirror, chatting up all your BFF’s or hanging out around the ‘cool’ area of the party. If you see no eligible matches, you throw away your drink and leave.

If they had one too many drinks, they’ll be the first to leave. Virgos are social people but will easily feel inadequate if they’re not sober anymore. At worst, they’ll crash on the bathroom floor and like their Instagram crush till they run out of battery.

Libras are people’s persons and people pleasers as well. At a party, you’ll probably see them as the master entertainers, making memories happen while skinny dipping in the pool, singing for the whole audience or getting kinky on the dance floor.

You’re probably wondering what you’re doing. Scorpios are not party animals, and will prefer to sit on the edge of things and document the scene. Maybe write a book about it. Oh nevermind, where’s that cocktail I asked for?

You don’t play games. You know what you want and you take it. When you walk into the room, people’s heads turn, drinks pour, and angels sing. Seriously, Sag, you are a party yourself, reigning in full blown Technicolor over any lifeless soiree.

You are prude. Guarding the salad bowl, looking to ‘help’ in the kitchen, staying as far as possible from the center of the party. You don’t get out of your comfort zone too much, Capri, but you enjoy being the observer, voyeuristic character of an encounter.

Water bearers know good parties, and it’s not just written in the stars. They love being the center of attention but will know when to make room for someone else and let them shine and enjoy their own spotlight. They make amazing hosts and are willing to go great lengths to make everyone feel special and welcome. They are perfectionists also, so they might crack some beers and some tears before the whole thing gets through though.

Pisces are shy, but tremendously charged souls. They love beauty, sensitivity and colour, but they also shed some dark shades of sensuality. At a party, they’ll be mingling around with the sexiest, and not necessarily most talkative peers. They like a mysterious adventure. /by Samantha King