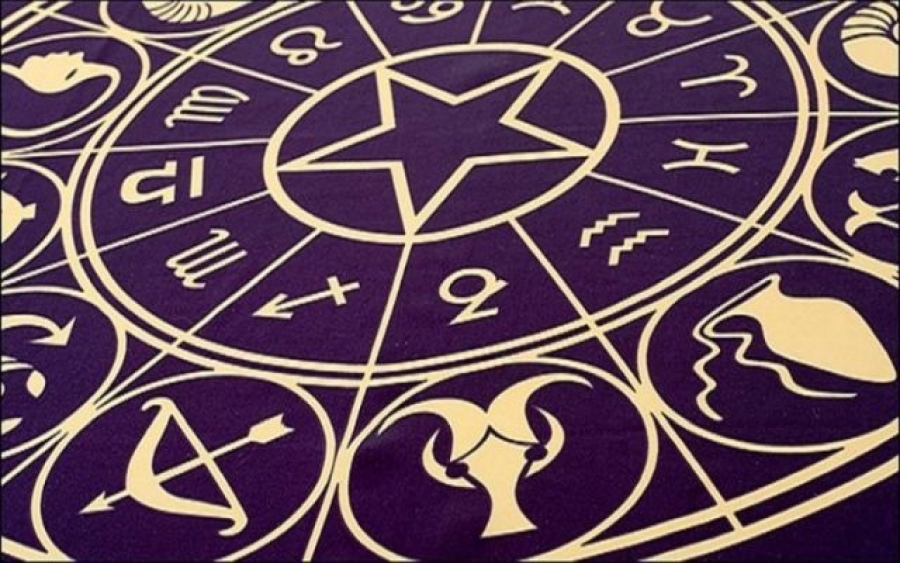 You spend a lot of time worrying about everyone else in your life, but in the last month of 2017 you begin to focus on yourself. You realize people don’t need you as much as you think they do, and while trying so hard to help them, you lost yourself. This month you do what you want, and you listen to your heart, your head, and your body, and you finally give yourself the ‘me’ time you deserve.

You’ve been trying to keep it together really hard in 2017, but beneath your well executed put-togetherness is a volcano that’s ready to erupt. You can only hide your struggles for so long before they completely overwhelm you. In the last month of 2017, all of the things from your past you’ve been trying to avoid or hide pop up again to remind you that they’re still there. This month you will face them. It will be hard, and you won’t know exactly what the right thing to do is, but you have to try. You can’t keep running and hiding from your past.

It feels like 2017 has been the year of uncertainties for you, but in this last month, you begin to have enough energy to find the answers. You finally get to do some soul searching, and you feel really positive about it. You start to believe in yourself a little more, and any obstacle standing in the way of your dreams before, now seems small enough to move. This last month you finally figure out how to make your dreams, reality.

2017 has seemed like the year of ups and downs in terms of romance. You’ve been trying really hard to make something work, that maybe isn’t supposed to. Whether you’re in love with someone who’s hopelessly in love with someone else, or you’re trying to get back with the person whose heart you broke a long time ago, 2017 has seemed like the year of failed relationships. In this last month, you begin to reconsider trying so hard. You start to realize that your persistence and determination shouldn’t be used to convince someone to love you, you begin to focus that energy into other aspects of your life, like your career and the dreams you’ve been distracted from while worrying about love.

You’ve been having some issues with friends and family lately that deal with your beliefs and opinions, and it’s kind of transformed you into a Negative Nancy who hates EVERYTHING. In this last month of 2017 you begin to realize what’s important, and gratitude becomes much more familiar to you. Maybe it’s the holidays, or maybe you’ve just been feeling down for a little too long, but you start to feel thankful for the love that surrounds you, and you attempt to understand that although your family’s love isn’t always expressed in the ways you’d like it to be, it’s always there regardless. In the last month of 2017 you’re more aware of love and how lucky you are to have it.

This last month of 2017 you’ll throw yourself into risks you’ve only been thinking about taking. Whether it’s financial, romantic, or career-driven, the most important thing to do now is to believe in yourself, but to also work hard while doing it. If you want the risk to pay off, you’ll have to do both. Hard work will get your far, but believing in yourself simultaneously will get you even farther.

Any ends you left open from your past begin to creep up on you, and burden you once more. That one thing you hoped would kind of just disappear with time, or that one thing you knew would come back up again, but kept avoiding, it’s back, and it’s here to test you. In the last month of 2017, you finally decide to deal with it. Even if you have to take responsibility for your wrong-doings or irrationalities, you’re finally willing to do so. This is the month of owning up to what you’ve done wrong.

It seems like everything that could go wrong has, and conflicts begin to feel unbearable. All of these issues are making you feel extremely angry and fed up. In this last month of 2017 you begin to adopt a positive outlook on all of the bad things that have happened to you. You use your sensitivity that most people always overlook, and you use it to comfort yourself, to be there for yourself when others can’t. In this last month you learn how to thrive on your own.

It feels like you’ve been surrounding yourself with people who only hold you back, in this last month of 2017, you begin to hang around the people who inspire you to move forward. You start to realize that positive energy is contagious, and it helps you accomplish things you used to think were unattainable. The end of this year is when new people give you new epiphanies and outlooks on life.

You feel like you’re SO close, but just not there yet. Whatever destination you’ve been working so hard to finally reach, in the last month of 2017, you get there. Suddenly new ideas and new ways of thinking present themselves to you, and something just clicks. The fog that was once clouding your head begins to recede and you finally feel clarity.

You’ve been going non-stop, and quite frankly, exceeding your limits. This last month you learn to take a breath. You finally discover that rest is not a bad thing if you NEED it, and you definitely do. In the last month of 2017 you take a moment to relax from your burn out, and you’ll soon learn that this relaxation makes you better at whatever tasks you were trying to accomplish while exhausted.

You feel like you’re just kind of rolling with the punches. You haven’t found that one thing you feel that you were meant to do, but in the end of 2017, you begin to take the right steps towards finding it. This might involve a break-up or quitting your job, it might entail an ending that you’re hesitant to make, but the end of that unfulfilling relationship or 9 to 5 leaves room for the beginning of something that just feels right, something that makes you truly happy. Before 2017 is over, you feel closer to finding your purpose. /By Nicole Tarkoff