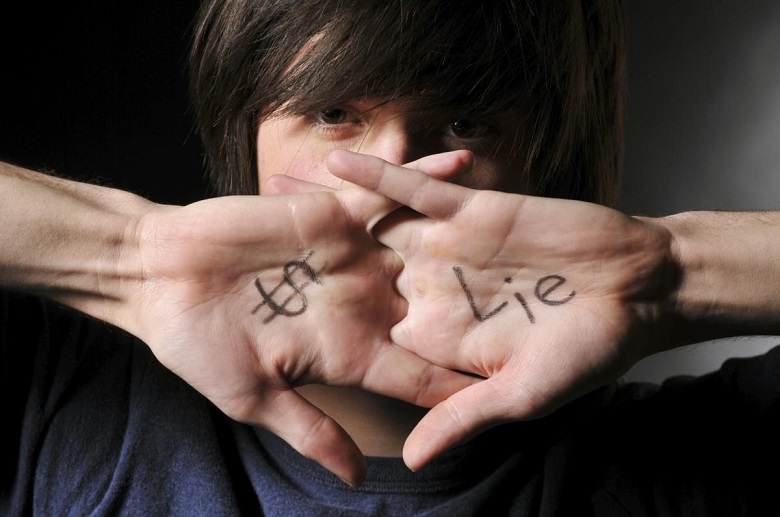 Astrology can be a big help when it comes to getting a slight perspective on things such as which Zodiac signs are the most loyal, most compassionate, most passionate and so forth. But alongside such cheesy categories, astrology also presents to you some bitter truths about the signs – such as which ones are the biggest liars.

We all lie, from time to time; to others and to ourselves. But some of us tend to walk on that path more than others, comparatively. It should be kept in mind that even though astrology gives you a clear look into the traits and habits of people with different signs, it does not, however, give a prominent distinction into the entire pathological factors determining the individuality of persons having those signs.

So just because you know someone under the signs being discussed below in terms of being the biggest liars, it does not mean they are all absolute liars. This is just to give you a glimpse in to the fact that yes, some people born under the same zodiac signs might exhibit the following traits – in particular, lying, in this case.

Scorpios are among the most intense people you will ever come to meet. They hate it when someone wrongs them because that would mean making them vulnerable, not in control. They hate nothing more than to not be in control; whether that is being in control of their emotions, of the situation at hand or something else.

To feel that power and stability, they weave a complex web of lies which leave you clueless of whether there was any grain of truth in the matter in the first place. Scorpios are very observant people – they notice what no one else does. This way, they are able to look at a situation or an aspect of a person or thing from every minor and major angle; they then formulate lies to change that reality in order to fit their needs.

When someone wrongs them, or lets out the intention to, Scorpios quickly get on the defensive and even though from the surface, they will be nice to you and offer you words of comfort yet on the inside, they are probably thinking you deserved it. They hold grudges for a very long time and so, they might lie to you in the future to get back at you if they see an opening. Such manipulative measures taken by Scorpio makes them the biggest liars.

Sometimes, they’re indecisive too. At those moments too they will tell themselves or the other person lies despite the fact they don’t have anything long-lasting plans made yet. Again, wanting to be in control makes them keep this knowledge from the other person – that indeed, they don’t know what is going on – so they pile lie upon lie to cover up their ignorance.

At last, they know better than to be foolish enough to leave any clues to their lies. They cover their tracks so well, you will hardly ever think something called truth ever existed there to begin with. Just as a Scorpio stings when annoyed or such, Scorpio people hurt you with their false claims especially when you give them ample reason to.

The Twins are represented by the concept of duality. This is what makes them huge liars, most of all. Geminis are extra nice people, though when it comes to the need of lying, they do it exceptionally well. Sometimes, they get confused between two contrasting aspects, either about themselves or the world around them.

This confusion leaves them in a perpetual state of dilemma where they do not know what is real and what is not. Lying becomes the only option to them then. However, possessing a dual nature, Gemini people end up lying to themselves the most.

They do not get a grip of their true inner self, and so they replace that lack of self-realization with their lies. If anyone asks, they lie to that person right at the fact and say things they know deep down are not true. Gemini is symbolized by twins, and like the concept of existing in pair, reality’s version is very different for a Gemini and when its image become distorted and they do not know what to feel and do, they lie – as simple as that.

So do not take it to heart much when a Gemini you know is lying heavily to your face. It is a confused world up there in their minds, torn between two contrasting aspects.

The Ram is not your average liar, yes. They are too lazy and careless to deal with the consequences of lying and besides, they rarely see lying as the best means to achieve what they want.

They are, however, dominative people who value their freedom the most. If anything comes in the way of that, they will go to extreme measures and lie their way through it in order to get their free ticket. These people crave stability. Often times, if they feel the people and things around them are not making them feel secure enough, they will lie and create this cocoon under which they will hide, blinded by the desire to be secure and stable – so much that they start to lose sight of reality.

Aries are amazing at winning, too; being right is just their thing or so it seems to them. When the situation they are in does not ensure their victory by the end of it, they are going to choke you with an iron fist constructed from lies – facts you thought they misses in the past, weak points you thought they were too naïve to ignore – in order to win and let everyone around know they are the boss…just as the traits normally exhibited by the ram; domineering and wanting to be stable, come what may.

But when they see their benefit, they will make full use of their manipulation skills – which they can devise instantly – they twist and bend and break facts and mold them into whatever suits them. To them, lying stands justified because being over-protective people, they think most of their lies are to protect others from getting hurt.

However, most of the times, Cancer people lie to themselves more than they lie to others. Being super sensitive, you can expect your Cancer partner or friend to go to bed crying and then crying themselves to sleep. When they wake up in the morning with puffy eyes and you ask them about it, they will most probably tell you they are fine.

They do not like letting out their weaknesses and insecurities like that. Cancers bottle things up the most. And to do this, they lie. A lot.

Leos are among the most determined, fearless, vibrant souls you will ever have the privilege of knowing and their freedom means the world to them. They will do almost anything to preserve it. They have a penchant for doing the improbable, simply because they know they can; a high ego fuels the fire inside them to be up and about and living life on the edge.

No matter what you will tell a Leo, they are still going to see that task others would normally consider “impossible” or “risky” and jump into it head on. It is exactly this temperament which makes Leos think they can never get anything wrong.

To ensure this, they can lie heavily and be all cool about it. Not having a good tolerance level for melodrama, they often lie to get rid of the person who is the source of that melodrama. Leos hate to be placed under, so to gain that superior position – either in the hearts of their enemies or even themselves – they might color their reality with lies to not feel insecure in any way.

When they see an opening into something bigger and brighter; to prove their worth and strength to the rest of the world and so forth, Leos can use lies to back them up even though their intentions might be pure in the long run of things to come.

These people mostly come off as jolly, free, wild, spontaneous souls with a great urge to succeed in every aspect of life. Their spontaneous nature never lets them rest, always wanting to do more and achieve more; both for themselves and others. And this is where they insert their little while lies every now and then to make the path suit their style of walking, just to get to their destination fast enough.

They dislike hurting their friends and family but that does not mean they let an opportunity pass by them without using it to their advantage. To do this, they lie. They always want better things for themselves and for others. If they cannot achieve them through hard work, they’ll lie about what they have to get more; lying being means to an end to them.

This shows Sagittarius are not that compulsive at lying. Therefore, they seldom lie but when they do, they will baffle you with their lies and you will not even see it coming; the spontaneity takes control, analyzes the situation and coming up with lies accordingly. So even though Sagittarius’ lies come once in a blue moon yet when they do, they rush in with full force.

Being a water sign like Cancer and Scorpio, Pisces people are the sweetest and understanding people you will ever meet. All it takes for them is a slight worried look on your face or a quiver in your face and your Piscean friend will be beside you in no time. They are not keen on lying. Like the fish, their symbol, they are very delicate and fragile, sensitive souls. Lying and hurting others to suit their needs and such is just not their thing; it is way too much for them. So they seldom lie. But then again, a fish needs water to survive.

When Pisceans need something, their needy behavior goes into over drive and they not only take risky measures to get what they need and want, they also lie and have you believe them by bringing up that innocent façade of theirs. Easy manipulation.

Often times, people believe them thinking they must really be in great need of it – whatever it is they are after – and such a thinking lets the truth slip right from under your nose that it is hard to catch Pisces lying. They sometimes have a fear of being left alone, by family and friends, mostly. So you can expect a Piscean to come up with fake compliments or cheesy lies in order to make you stay.

Their craving to feel belonged somewhere might increase the need in them to over exaggerate about their emotional and mental state, just so they would have somewhere and someone safe to be with. Even though this is not lying at a compulsive point of view, it is not the entire truth about who they actually are, either. This form of lying makes Pisces feel better off than not saying anything at all or worse: speaking the truth and not having it mean anything.