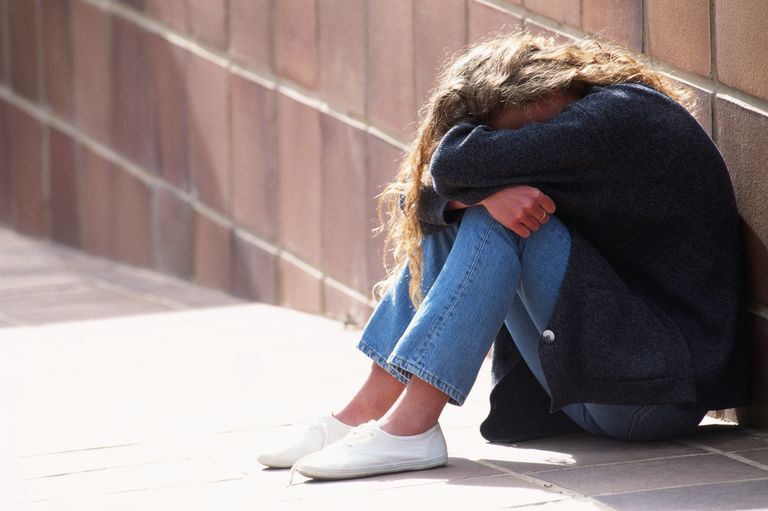 He’s not sure he’ll ever find someone as up for everything as you are. When he wanted to go on a last minute road trip, you were ready to go. When he found a Groupon for some zany activity neither of you had ever heard of — you were psyched to be his date. He’s worried he’s boring without you or that everyone else he meets won’t be as exciting as you were. As we get older it’s common to wonder if we’re “settling” or becoming too conventional, this is especially true for anyone with an Aries ex, with whom they can always imagine a more exciting version of their current life.

He’ll miss having such a solid foundation in his life. Tauruses are infamously stubborn. This can be a bad quality, but it also means that they are unchanging. You can be secure being the object of a Taurus’ affection because they’re not going to change their opinion of you. You don’t have to guess how they feel about you and you don’t have to worry that they might see something unflattering (or meet someone else) and change their mind. They are hopelessly, stubbornly into you. It’s hard to say goodbye to that kind of sturdy foundation.

He’s not sure he’ll ever meet someone as fun as you are. Even your worst enemy couldn’t describe you as “boring”. You’ve got a passion for life and it’s full buffet of possibilities that no one else can match. When your ex tries to move on to someone else, they’ll be met with an insecurity that life with them will seem a little less “full”.

He’s not sure he’ll ever find someone who loves him as unconditionally as you did. Cancers are the lovers of the Zodiac and nothing is more important to them than making the people they choose feel loved and supported. You don’t compete with your partner, you’re not interested in playing games or making them jealous. You’re just there for them, completely and without any instability. This is a powerful foundation for someone’s life, they can go out and be confident knowing they’ll always have you. Until they don’t. Everyone else they date will seem pettier than you, less generous, less secure, less good. That’s a hard pill to swallow.

He’ll miss how confident you were. Everyone in the world seems like a needy insecure mess compared to a Leo. There’s so much baggage they simply don’t have because they are confident and capable of singing their own praises when the need arises (and sometimes, when it doesn’t). When they’re stuck building someone else up, they’ll miss how that was something you never made them do.

He’ll wonder if he’ll ever meet someone as put-together as you are. Virgos take a lot of pride in how self-sufficient and adept they are. You never made him feel like he was babysitting a well-meaning but somewhat idiotic manic pixie dream girl. You were his equal, you pulled your own weight and expected the same of him. He’s ruined forever for every girl who doesn’t take life as seriously as you do.

He’ll always wondering if anyone will ever “get” him like you did. Libras have very high social intelligence and have the incredible ability to empathize with anyone. They can make you feel understood and “complete” in a way that is extremely rare. When you’re in a relationship, you function seamlessly as a unit. They’ll move on, but always with the not-insignificant worry that they’ll never been in a relationship that feels as much like a team.

He’s not sure he’ll find someone as interesting as you are. The girl he dates after you is going to seem simple — in a bad way. She won’t fight him on the things that matter, she won’t have as much passion. Maybe they’ll get along better, but he’ll always wonder if the reason for this is that she’s not as much of a catch. He had to fight to be with you, but it was always worth it. Who is this person that (is maybe so desperate that they) gives in so easily?

He’ll miss the way you loved him for exactly the person he is. You don’t have sky-high expectations for a partner, you love people for the flawed human beings they already are, today. It’s a rare quality only someone as happy and laid back as a Sagittarius can encompass. Everyone he meets after you is going to seem like they want something from him, rather than just truly enjoying his company as an equal.

He’ll miss having someone who drove him to be the best that he can be. A Capricorn would never be with someone out of desperation. They have high standards for themselves and everyone else in their life — which means people want to rise to meet them. Because they demand excellence, they bring the best possible version out of those around them. When he moves on he’ll wonder if he’s the man he could be if he still had you pushing him.

He’ll miss the way you challenged his brain. Aquarians are unique thinkers that are always reading and talking about topics most people don’t consider. You had conversations with him he’s never had with anyone else in his life, and it woke a part of him up that will be slow to go back to sleep. When he’s on a first date and the most interesting thing this girl can think to ask him is “what’s your favorite color?” he’ll think of you and how special your cerebral connection was.

He’ll miss the way you knew exactly who you were. Pisces are a rock and they provide stability to those around them because they always have an aura of wisdom surrounding them. They are old souls who always instantly understand their role in the universe. You don’t worry about imposter syndrome or not being “normal” — you’ve never been like everyone else and that’s become a point of pride. You’re confident in the beat of your own, unique drum. When he starts dating again, other people will seem a little bit childish compared to your worldly ways.