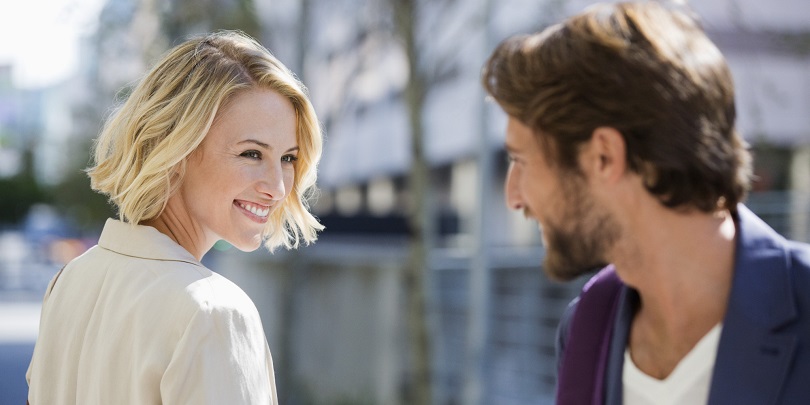 1. Scorpio
Scorpios are smooth AF. They can hold a conversation with anybody they meet — but they don’t give too much away during the first interaction in order to keep the mystery alive. To keep people interested. And a lot of people are interested in Scorpios. There’s something about them that naturally draws attention.

2. Virgo
Virgos use their grace, their elegance, and their body language to their advantage. They swivel their hips as they walk across a room. They touch your hand or thigh as you make them laugh. They sit close enough to you that you can feel each other’s body heat. Instead of being vocal about how they feel, they let their actions speak for them.

3. Aries
When an Aries sees something that they want, they go after it without thinking twice. From the very first conversation, they create intense sexual tension with their dirty jokes and subtly sexual comments. Since they are so bold, they aren’t afraid to ask someone out to the movies or to lean in for the first kiss. Not to mention, they’re excellent sexters.

4. Taurus
A Taurus will make you fall in love with them by becoming your friend first. They will make you laugh. They will listen to you talk. They will teach you new things. They will encourage you to share every secret. You’ll realize how much you love their personality first and then the physical attraction will come later. But that’s why this sign creates such strong relationships — because it’s always based on friendship first.

5. Capricorn
A Capricorn is better at flirting when it’s over text. When they don’t have to look the other person in the eye and think on the spot. They’re intelligent, so they can always come up with the perfect response to make their crush’s heart beat faster, but it can take them a little bit of time. So when they’re texting and have all the time in the world, they can appear even more suave than they are in ‘real life.’

6. Leo
This sign loves to flirt. They will draw you in with their good looks and smooth conversations. However, Leos can be dramatic. If you stop texting them after you’ve been flirting for a week, or walk away from them in a bar to hit on someone ‘better,’ they will flip out on you. They won’t keep quiet about feeling betrayed by you. They won’t let you get away with it.

7. Sagittarius
This sign acts like they don’t give a fuck, which can be a huge problem when it comes to flirting. Instead of making it clear that they have feelings for someone, they leave texts unanswered and act like they’re too busy to hang out to avoid appearing clingy. But it only makes them look uninvested. Like they couldn’t care less about the person they care about most in the world.

8. Cancer
This sign is timid, shy, the type to wait for you to make the first move. But once a Cancer is comfortable with you, once they are 100% that you feel the same way and their feelings aren’t one-sided, they will flirt with you every chance they get. They will pick lint off your shirt. They will drop food off at your house. They will compliment you nonstop. They will always make you feel special, wanted, loved.

10. Pisces
This sign can be clumsy. They can ramble. They can say things that sound rude without actually meaning to come across that way. With their luck, they will spill food on their shirt or have something stuck in their teeth or fall flat on their face right when their crush walks by them. Somehow, they always end up embarrassing themselves — even when they’re trying to come across as sexy.

11. Aquarius
This sign has so many feelings. When they like someone, they don’t just have a little crush. They are completely infatuated with the person, falling head over heels for them. That’s why it’s so hard for them to have a flirtatious conversation. They treat their crush like they are flawless, inhuman, untouchable. They psych themselves out, which is why every conversation is filled with blushing and stumbling.

12. Libra
Libras overthink everything. Before they walk up to their crush or text their crush, they plan out exactly what they are going to say and do. They run through the scenario in their head fifty times before making an actual move. Sometimes, they put it off completely, because they are terrified of looking silly. They are terrified of finding out the other person doesn’t feel the same way.

Never say these things to a Scorpio

Never Say These Things to a Sagittarius