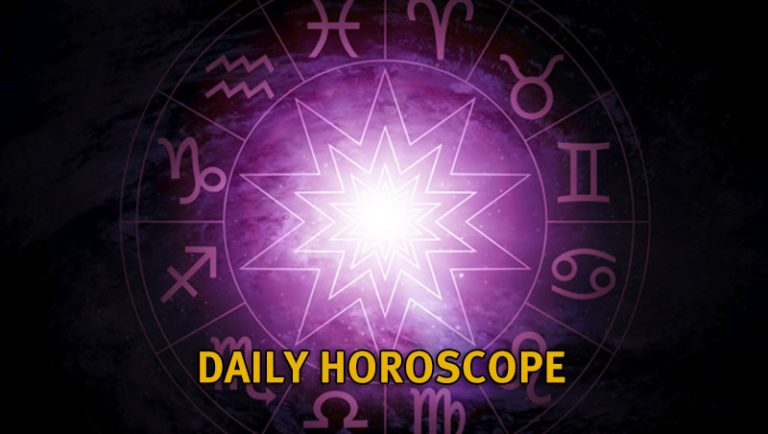 Aries Daily Horoscope Tuesday – Jun 27, 2017
You seem to be ready to jump into a project on a moment’s notice, but your appearance is misleading today. You won’t likely commit to any significant project now unless there’s already a solid plan in place. In the meantime, you’re running through all the possibilities in your mind so you can arrive at your own strategy. Don’t get trapped by the false illusion of logic now since your best ideas will arrive through your imagination. Deepak Chopra advises, “Always go with your passions. Never ask yourself if it’s realistic or not.”

Taurus Daily Horoscope Tuesday – Jun 27, 2017
Exercising a bit of self-restraint can save the day because trying to squeeze in too many activities on your calendar now might create unnecessary struggles. It’s tempting to say yes to every opportunity knocking on your door, but you must limit your commitments if you want to succeed at any of them. Establishing realistic goals offers you an excellent chance to concentrate specifically on finishing whatever you start. Your attitude is an integral part of the equation for success, but it’s only part of a greater whole. Obviously, hard work and consistent effort make all the difference in the world.

Gemini Daily Horoscope Tuesday – Jun 27, 2017
Your tendency to rationalize your behavior is so deeply ingrained in you that you could inadvertently become captive to your own cleverness. Your key planet Mercury has your back, attempting to patch up the rough spots in your day. But avoidance is also an option and you might assume the easy way out is less demanding today. Nevertheless, don’t even think about circumventing a pressing issue now; intentional denial only makes everything more complicated. Swallow your pride and make the first move.

Cancer Daily Horoscope Tuesday – Jun 27, 2017
Complex emotions can bottle up inside you until you find a way to express them. Thankfully, this challenge won’t slow you down now that loquacious Mercury is active in your sign. Although you’re not one to share your feelings unless you’re with someone you explicitly trust, you might experience a sense of urgency to speak your mind. Don’t fall victim to an impulsive reaction; a cautious and methodical telling of your story is ultimately more productive than an unpremeditated outburst. Author Jean Houston said, “No matter the situation, never let your emotions overpower your intelligence.”

Leo Daily Horoscope Tuesday – Jun 27, 2017
Your long-kept secret could slip out into the open today. Although you might be worried about the consequences of your unintentional disclosure, everything seems to settle down pretty quickly with little or no damage done. However, your faux pas could lead to an unexpected benefit when a discussion about a sensitive subject ensues. With a little encouragement, an open dialogue moves beyond bare facts and into more spiritual considerations. Author Linda Lambert wrote, “One good conversation can shift the direction of change forever.”

Virgo Daily Horoscope Tuesday – Jun 27, 2017
It feels as if you are preparing for something special today but you don’t yet know what it is. Although your curiosity builds throughout the day, you’re not motivated to aggressively pursue the missing pieces of a puzzle in order to climb the ladder of success. In fact, you’re oddly satisfied with your current position, even if it’s in an disorganized state of disarray. Chris Brogan wrote, “The goal isn’t more money. The goal is living life on your terms.”

Libra Daily Horoscope Tuesday – Jun 27, 2017
Moving up the chain of command may be your top priority now, but your actions won’t necessarily reveal your intentions. Instead of being flagrant in your pursuit of advancement, you proceed slowly today, flying beneath the radar. But no one should underestimate your skill at taking advantage of a situation. Perform your job duties as professionally as possible while waiting for your golden opportunity. The secret of success is to be ready to take a calculated risk at the right time — and not a moment before.

Scorpio Daily Horoscope Tuesday – Jun 27, 2017
Your intuition is an unlimited source of your creativity today, but you must quiet your mind in order to tap into the power of your subconscious. Although your muses are standing by eager to help, they won’t step out of the shadows without a proper invitation. Asking the spirits to support your work empowers them to engage, but don’t expect too much right away. The process may progress slowly at first as you develop your ability to receive the subtle signals from the other side. Poet W.B. Yeats wrote, “The world is full of magic things, patiently waiting for our senses to grow sharper.”

Sagittarius Daily Horoscope Tuesday – Jun 27, 2017
Rather than seeing things as they are today, you see them as they exist in your fantasies — as unrealized possibilities. But you must use your imagination with care or you won’t be able to distinguish the ideal from the real. At the wrong end of the spectrum, you could be delusional like Don Quixote who took up his sword and did battle with windmills. But at the other end, you have a chance to be a real-life wizard who makes dreams come true. Paulo Coelho wrote, “There is only one thing that makes a dream impossible to achieve: the fear of failure.”

Capricorn Daily Horoscope Tuesday – Jun 27, 2017
You’re not willing to let go of your idea of success, even if people criticize you for being so unrealistic. You see the naysayers as narrow-minded and don’t want their negative outlook influencing your life. Don’t worry about creating a detailed action plan yet since the logistics will fall into place just in time. For now, just allow your mind the luxury of freely floating through your visions of a perfect future. Mystic poet William Blake wrote, “What is now proved was once only imagined.”

Aquarius Daily Horoscope Tuesday – Jun 27, 2017
The devil may actually be in the details today, but that won’t stop you from delving into the depths and emerging from your Hero’s Journey with the light of wisdom. However, spiritual mastery will not occur easily; you must personally meet and overcome your demons before you’re allowed to wear your badge of honor. J.R.R. Tolkien wrote, “Some believe it is only great power that can hold evil in check, but that is not what I’ve found. It is the small everyday deeds of ordinary folk that keep the darkness at bay.”

Pisces Daily Horoscope Tuesday – Jun 27, 2017
You are in your element today, joyfully engaging the beauty of your imagination and the creative power of your mind. You’re not as intrigued by the explanation of things now; instead you want to participate directly in the world in order to accumulate experiences. Your psychic sensitivity works in your favor since you’re able to see a situation from multiple points of view. Sadhguru teaches, “You can either live logically or magically; it’s your choice.”