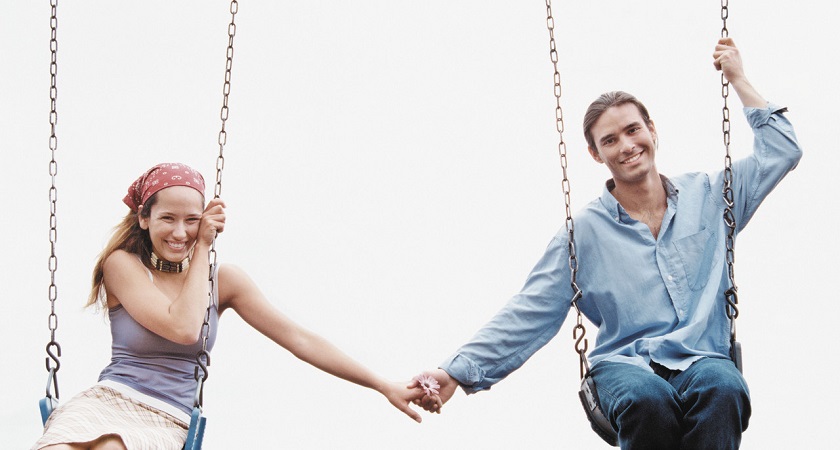 Libra and Scorpio
Libras and Scorpios make amazing friends and partners because they are both secretly intense. Libras want to be wanted, Scorpios obsess over the people in their lives. The Libra takes on the role of the counselor, and the Scorpio finds a lot of comfort in that. Together, they create this beautiful symbiosis that fulfills both of their needs.

Libras and Scorpios wouldn’t seem like they’d immediately get along, and maybe on the surface there is some hesitation as their interests and personalities seem so different. But when these two spend any significant amount of time together, they discover there is a bond that is truly indescribable, and they don’t really feel that way about anybody else.

Pisces and Cancer
Known for being the two most emotional and intuitive signs in the zodiac, a Pisces and a Cancer understand one another like nobody else does. Together, they become lost in their own weird little world and find a sense of happiness just from knowing that they are understood. The attraction between them is immediately undeniable.

Pisces and Cancers are amazing together because they balance out each other’s depths. The Cancer is the feeler and grounder, the Pisces is the creative and intuitive. They understand one another’s sensitivities and tend to have a lot of mutual interests right off the bat.

Sagittarius and Aries
When a Sag and an Aries are together, adventure is inevitable. These two like to bounce thoughts off one another, plan trips, and discuss every weird fact about the Universe they can conjure up. These two are intellectual soulmates, and find in one another someone who they can both respect and have an amazing time with.

Sags and Aries are both known for being individual thinkers. They are both independent and strong-willed. But the thing is that they both admire that quality in other people, and rather than butt heads, they actually create this kind of equal-power symbiosis. If they are romantically involved, they were undoubtedly best friends first.

This partnership works because underneath the surface, they each have similar goals. In the end, an Aquarius just wants to live a balanced quality life, and a Gemini wants the same – though they are both very polarized about how they try to accomplish that. In the end, they need each other to lean on, and create with.

Virgo and Taurus
A Virgo and Taurus are a match made in heaven. They are both Earth signs, and balance one another’s idealistic desires. They make amazing friends and business partners, and in romance, they never feel as understood as when they are with one another.

A Virgo will be inspired by the Taurus’ confident approach to life (and distinctly great taste). They will thrive off of being in the company of someone they admire so much. The Taurus will be grounded by the Virgo, and they’ll help them have a great time and remain mindful of what really matters in life – how it feels, not just how it looks.

Cancer and Libra
Cancers and Libras are true soulmates. Where the Cancer is emotional, the Libra is level-headed. Where the Libra is needy, the Cancer is happy to give them all the love and affection they crave (even in friendships!) These two are natural BFFs, and have an easygoing way about living life together. The truth is that they are both deeply emotional creatures who find comfort in others who understand them and similarly want to work on ways to live better and thrive more. Together, they are truly unstoppable.

In romantic partnerships, these two are likely to be married quickly. A Cancer craves feeling settled while at the same time, wanting their life to “take off” because of their partner. A Libra gives them just that. These two waste no time making things official, and starting life together. /by Brianna Wiest