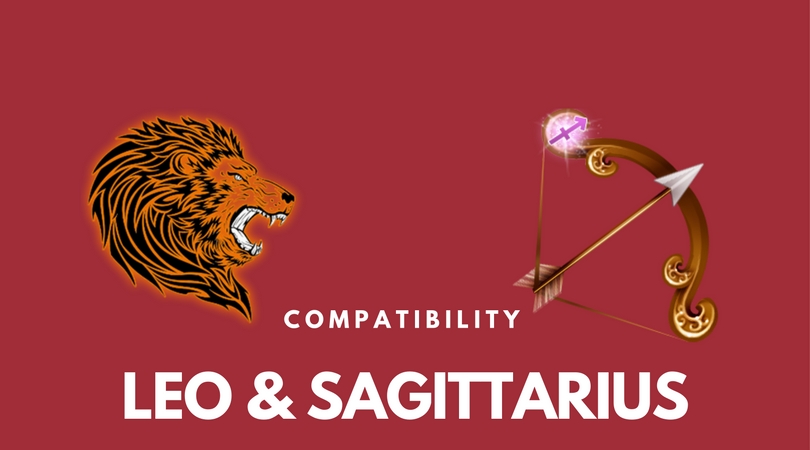 As two fire signs, one of them fixed and one of them mutable, Leo and Sagittarius share a warm love for each other. When they start dating, their sexual relationship might come as a surprise for both of them, for they will feel liberated to be exactly who they are with each other. The best thing they could do is use the trine between their Suns and build-up each other’s self-esteem, especially if they have been in demanding or disrespectful relationships prior to theirs.

The best thing about their sex life is the passion they share. Leo is there to bring inner fire for the act of sex, and Sagittarius to fire up the expansion, the places, positions and horizons. They will both enjoy each other in a fiery way and respect each other’s bodies, minds and entire personalities. If they stumble upon one another and love is born, their sex life could represent a perfect connection for both of them. Since they spark each other’s sense of security and confidence, they will rarely show jealousy or misunderstand each other’s actions. Leo does like to be the center of attention and feel attractive and desirable, but this is something a Sagittarius partner can provide in abundance. There is usually no reason for them to lose trust over time, except when their emotions start to fade. Sagittarius is a mutable sign, and as such, they can fall in and out of love quickly and frequently. In case Leo starts feeling left out and unloved, the suspicion will rise, and what better way to respond to suspicion than by becoming suspicious yourself, Sagittarius might think. Although they both might be unaware of the root of their issues when trust is lost, it is usually a simple lack of love. Leo and Sagittarius are both very focused on their mental activity. Leo because they are ruled by the Sun and this gives them a certain rational awareness and Sagittarius because they always aim higher from the Earth, philosophical and wide opinionated. This is something that will help them communicate about almost anything, even though their interests might differ and their backgrounds as well. Leo has the ability to help Sagittarius when they get lost, and this could happen often if their plans are grand. Sagittarius will give Leo vision and the ability to understand the future of their current creative efforts. Together, they make an important part of the process of creation.

As two highly aware individuals with a strong sense of Selves and their personalities, they could build up an incredible understanding. They can both be loud, communicate a lot, and this could make their relationship truly remarkable, deepening their intimacy through openness they share to get into each other’s worlds. Since they both have a strong personality, they will not feel threatened by each other’s character and each other’s strength of opinions and convictions. The only thing they might lack is the sensibility to outer influences and their fiery relationship could make them a bit too rough on each other, and on themselves. Still, the power of creativity and their active approach to life should keep them interested in one another and very well connected for a long time.

As two Fire signs, Leo and Sagittarius tend to be very passionate and open in showing how they feel. They will want to show their love, share their love and act on their impulses as much as they can. This can sometimes be too much, for no passive, fragile emotions or energy will be respected. Some balance would come in handy, especially if they often fight. Conflicts between them could be quite aggressive, not because they are that aggressive themselves, but because two fires build an even larger fire. It is almost like they might explode if they both go too far.

When they fall in love, this seems like the warmest, cuddly love on planet Earth. In most cases, this will be enough to overcome any difficulties in their way, but sometimes these partners both tend to forget their actual sensitivity. They have to understand when the time has come to slow down, stay at home, talk about nothing at all and just be quiet. If they don’t, they will probably turn to someone who can give them this kind of peace from time to time.

They will most certainly value each other’s strength of character and incredible personalities, the ability to warm each other up in every possible way and the passion they carry within, each for their own purposes. Still, it is not easy to explain to a Leo why it is so good to run away from the world, travel in Greenland alone, and eat bugs somewhere in Asia, except if one wants to show their courage. On the other hand, Sagittarius doesn’t really understand why they would go to fancy places and confront all the people that it is easier to run from. This is not a consequence of a lack of courage, but the lack of meaning they feel when they need to spend their time on tiresome people. So although they value the same thing – courage, they see it through different eyes.

We would think that Leo likes to travel just as much as Sagittarius. They have the energy and the need to search for knowledge and widen their horizons, but they don’t exactly like to move that much. This is due to their fixed nature, and although they would like to visit any possible part of the world, they wouldn’t do it at the same pace as Sagittarius, nor would they choose the same destinations. Sagittarius, on the other hand, doesn’t really understand why Leo wants to perform in front of so many people when there are starving children in Africa. These are simplified examples, but they serve us pretty well to understand how well they might work together, travel together, perform together, but only if they are open enough to ad purpose and strength to their approaches.

Leo and Sagittarius are a very good fiery combination of signs, and when two people with these Sun signs come together, they inevitably fall in love. This love is warm, passionate and inspiring, and they will have a chance to create, perform and have fun together for as long as they feel this way. However, Sagittarius partner might lose interest in Leo because they tend to get pushed away by their static, fixed nature. The only way they might get to keep their passion and emotions going, is if they manage to listen to their softer emotions and remain tender and sensitive for one another.

What’s the best aspect of the Leo-Sagittarius relationship?
It’s the willingness to work as a team and the mutual admiration they exhibit when dedicated to seeing things through. This duo complements one another with a combined attention to personal and world affairs. They both know their place in the relationship. Their comparable high energy and fiery passion makes them a versatile love match.