Come out of hiding and greet the world—and your newly expanded fan base! On Wednesday, October 31, articulate Mercury makes its annual appearance in your sign, putting a spring in your step and the sparkle back in your life.

This will be an exceptionally long visit—until January 4—thanks to a retrograde from November 16 to December 6. With the exception of that “pivot period,” the rest of the year could bring new friends, nonstop party invites, and opportunities to collaborate on exciting projects.

If you’d been keeping a lower-than-usual profile while the messenger planet was in secretive Scorpio for the past few weeks, you may be bursting at the seams with ideas and a larger-than-life vision (i.e., Sag-sized). For once, working behind the scenes could pay off because no one will have a CLUE what you’re about to unpack and will be on tenterhooks to hear.

Be selective about your audience. Not everyone is on the up-and-up (always a shock to your honest-to-a-fault Sag system). Before sharing anything with the general public, check in with your trusted inner sanctum.

And mind your timing! Once you get an urge, you want to run with it. But the three retrograde weeks are best for reviewing, rethinking and revisiting—not revealing!

Wednesday also raises an important question: Hometown Halloween or hit the road? As a Sag, you’re always ready to zip off anywhere. And this holiday, the adventurous Leo moon is lighting up your travel sector.

That doesn’t mean you need to hop a plane to scratch your wanderlust itch, but it does suggest that you might be happiest celebrating in a new environment. 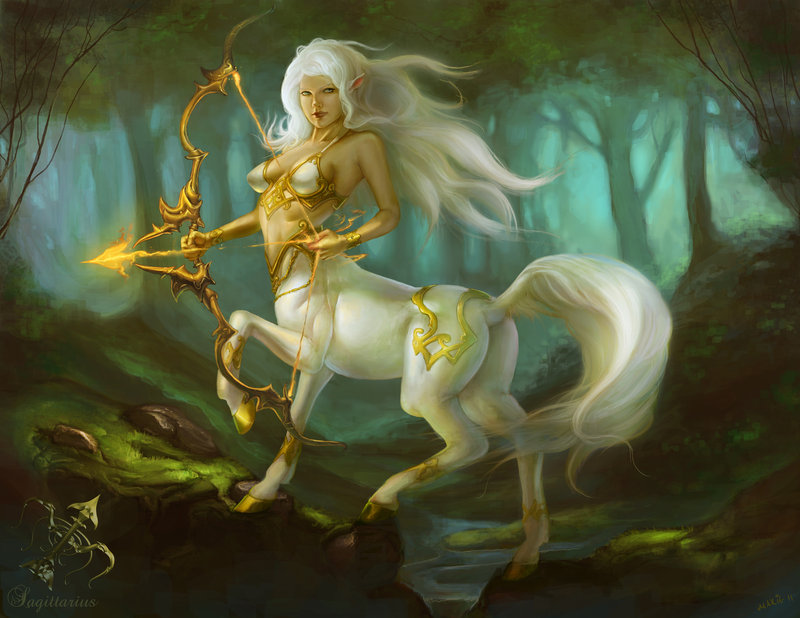 So zombie up and say yes to a friend’s invitation to party at a new venue, or take an Uber broomstick to check out a tricked-out haunted house in the woods.

Wherever you land, make sure you don’t have any high-maintenance types dragging you down. House party, underground dance club, woodsy retreat: As long as you can fly free and hang with fellow blithe spirits, you’ll be happy.

Wednesday brings another planetary shift that may affect your mood: Sensual Venus backtracks out of Scorpio and your internal twelfth house and into Libra and your eleventh house of community.

The love planet’s been retrograde since October 5, and this pivot can simultaneously lighten your mood and keep things clear as mud. Retrogrades can showcase planets’ opposite aspects, so instead of being decorous and tactful, Venus in reverse might project unrealistic qualities onto people then get angry when they (inevitably) fail to live up to them.

It’s also easy during this transit to blur the line between friend and lover, being a little too quick to rationalize going for it and mopping up any messes later.

While that may be doable with some people, certain relationships could be jeopardized in the process and never get their easy comfort back.

One big upside: With affable Venus reversing through your social sector, people from your past may reappear from out of the blue, or you might intentionally organize a reunion. And if old friendships get rekindled, that’s an added bonus!