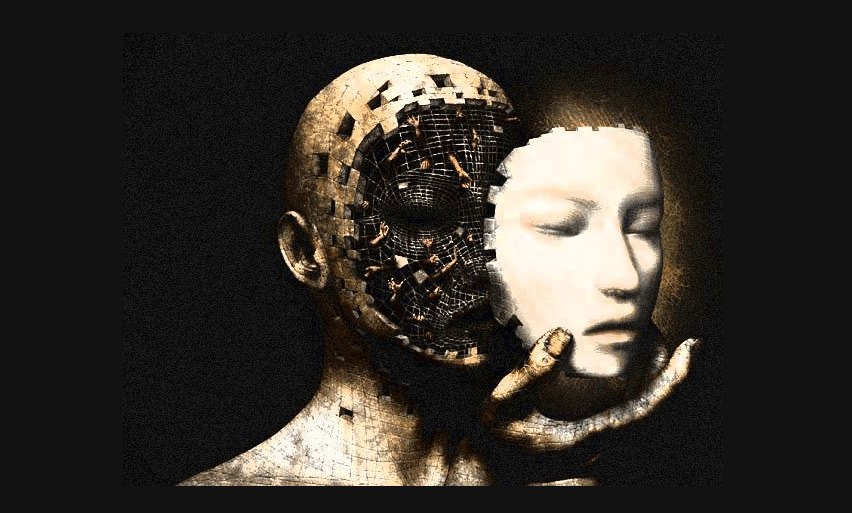 You fantasize about murder—but never suicide. You’re too egotistical to deprive the planet of your wonderful presence. Because it’s all about you…you…you…you become uncontrollably jealous when anyone gets more attention than you do, so you seek to crush them. You seek to destroy anyone who’d dare get in the way of your obstinately stupid ego.

A deep, soul-searing self-pity consumes you. Your bitterness runs so deep, you can make a whole bottle of milk go sour just by taking a sip. You never get tired of hearing yourself whine. No one could ever feel as sorry for you as you do for yourself. You will fake illness just to have a personal assistant help you because you’re so lazy. You’re not even above pretending you have a terminal illness just so you won’t get dumped.

The Jekyll/Hyde duality that is the core of your split personality is also at the root of your personal malice. You will cut someone off forever for the merest offense. For even the suspicion of an offense. You are sadistic and utterly insincere. You know how to schmooze people, but you grit your teeth while smiling at them. You are prone to endlessly wild mood swings, and woe betide anyone affected by them.

When it comes to emotions, it’s always hurricane season with you. You’re like an impending earthquake or tsunami—24 hours before you get into one of your notoriously awful moods, all animals in the area can sense trouble and will begin to flee. You’re too proud to admit you’re jealous, too jealous to forgive anyone who’s crossed you. If you feel you’ve been too kind to someone, you will steal something of theirs. Like the crab in the bucket, you have to tear down anyone who’s rising higher than you.

You are the very essence of an attention-seeking bully. You can only lift yourself up by tearing others down. Your pride covers over an easily bruised ego and a deep sense of self-hatred. So you take that hatred out on others. But beneath every bully beats the heart of a coward. Problem is, you’re even too cowardly to admit you’re a coward.

The only thing you share with others is your unhappiness. You won’t be happy until everyone is as miserable as you are. You push everyone away, then grab them back, only so you can push them away again. You insult even your closest friends, then you wonder why they don’t return your calls. Then, when they finally call back, you love to torture them by ignoring them.

You bring people into your circle just so you can use them. Other living creatures are just like chess pieces to you—to be used, sent into battle, and even killed in the service of your victory. You manipulate everyone—friends, lovers, family members, even your pets. To you, everyone else might as well be a robot. Only your emotions matter. Oh, they actually have emotions? That’s OK, so long as they don’t get in the way of your emotions.

Sometimes it seems that your only pleasure in life involves causing suffering to others. You seek out “wild” or “dangerous” people for the purpose of taming and then destroying them. You’re not even bothered when people call you heartless—you’d need a heart to get bothered by that.

People don’t like getting close to you because it’s too painful. You know where everyone’s buttons are and you take a great delight in pushing them until they scream. You will craft the most heartlessly cruel insult that cuts deep into their insecurities; if they protest, you will laugh and accuse them of being a whiny baby. And all the cruelty is merely a desperate attempt to fill the gaping emptiness inside you.

No one has suffered but you. No one knows injustice and pain like you do. All of the bad things that have happened in everyone else’s life—combined, throughout history—isn’t as bad as a normal week with you. Even worse, all those people who called themselves your “friends” act like they don’t even want to hear you complain anymore.

You are blindly self-centered. You don’t believe the earth is flat, but you’re certain the universe revolves around you. You’re the type of person who, the day after your best friend is killed in a car crash, will ask their parents about what’s going to happen to their belongings. You’re always the first to show up at a reading of the will. You’re planted there in the front seat waiting to see what you got.

People are always wondering what’s behind your evil smile, but you’ll never tell. You pretend that you’re shy; no, you’re arrogant. You just don’t want people to see the real you. You never help anyone unless they can help you more. You dream of being a dictator or gang leader, stepping on people left and right while the paparazzi take photos. /by Alana Capri