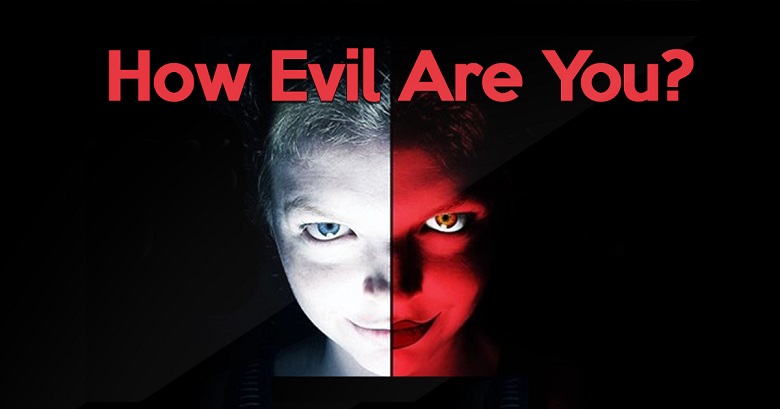 In astrology, the sign of Pisces is represented by two fish tied together by their tail fins, swimming in opposite directions toward heaven and hell.

Each sign in the zodiac has a dark side, a shadow self — a capacity to be a real piece of garbage. If you’re able to laugh at yourself, go ahead and proceed to read what yours is.

If you aren’t able to laugh at yourself, I suggest reading the most annoying thing about your zodiac sign for further research on what a pain in the ass you can be.

Here lies the depths of your true evil, as told by your zodiac sign:

Aries are hotheaded. They’re ruled by Mars, the planet of war, and they’re ready to lunge into battle at first impulse.

You’re lucky if you escape their scorn, which only happens when someone else pisses them off first and they get too distracted to follow through on their plot to destroy you.

There is a severe danger in the cool calm and collected Taurus disposition. People who know them (not well) will say they “never get angry.” Oh, but they do… they just have a very high boiling point.

Taureans wait until their emotions completely overwhelm them, and when they do, they will lose touch with reality and straight up GO OFF. Be afraid. Be very afraid.

To use our president as an example, Gemini’s have a “credibility problem,” meaning that while they may or may not know they are lying, they also may not be able to speak the truth.

This may be because the truth for a Gemini is mercurial, ever changing, depending upon their mood that day. While they may not be overtly evil, their lack of self-awareness can enable them to do some pretty sketchy shit.

Cancer– Will wear your skin as a coat.

Cancers get obsessive. They have a deep need to love and be nurtured, because they’re ruled by the moon, the planet of femininity. When they set their sights on someone, they can’t really let go.

So deep is their need to be held, to be loved, to be cradled that with God as their witness they will skin you alive and wear your body to the company Christmas party.

Evil Scale: 9.0 (One point deducted because they are driven by love.)

Leo– Will make you want to wear their skin as a coat.

Leos would never go out of their way to hurt anyone else directly. They feel they’re above it, because they believe they’re invariably better than everyone else.

Remember, I said they wouldn’t go out of their way to hurt you directly. But they will certainly go out of their way to make you feel like you are beneath them. Leos will fill their enemies with a feeling of uselessness and self-pity for not being able to be THEM, through tools like social media and word of mouth.

Virgos are extremely critical people, not to be confused with judgmental.

Their criticism comes from a place of trying to be helpful. They’re constantly working to improve themselves, and they assume you’re interested in hearing what’s wrong with you so you can too.

Libras are extremely thoughtful, kind, and well-mannered people who will straight up sue you for everything you have if you wrong them. They may be kind, but more than that, they are fair. If the scales of justice tip too far in your favor, don’t be surprised if they take legal action.

Keeping their arguments in the courtroom is their way of being ruthless, yet still polite.

Scorpio– Will murder your soul so you’re dead on the inside.

Scorpios are traditionally ruled by Pluto, the planet of death, power and transformation. They love power games, and sometimes they’ll play them just to test your loyalty to them.

Deep down they’re sensitive and caring, but they see their sensitivity as a weakness, and if it overpowers them, they’ll blame you and they are not above seeking revenge.

Sagittarius– Everyone knows they’re evil but them.

Sagittarians like Steve Bannon and Anne Coulter don’t know how evil they are, which makes them more dangerous than the average sign. They are so dogmatic in their sense of morality that they have an inability to see things from another perspective. Undoubtedly one of the most potentially evil signs in the zodiac.

Capricorn– They’ll take your money — by stealing your job.

Capricorns will take you for everything you’ve got. But not through lawyers, like a Libra. They’ll move in and ruin your life by out-performing you in every way possible until you lose respect for yourself.

In fact, they’ll make it impossible to be mad at them, because you can’t fault someone who’s just doing the best they can to be good at their job, can you?

An aquarius is not one to be f*cked with. Generally they are very detached and you might actually be able to avoid meeting one, since they aren’t all that interested in what other people are doing. But on the evil side, they can be tactless, self-absorbed and erratic.

They will run from problems and deny their mistakes, but they’ll never let you do the same. They’ll remember your mistakes forever, and even after you’ve apologized they’ll remind you of them years afterward.

Pisces– Makes elaborate plans to destroy their enemy but gets “too tired.”

Look, I’ve already owned up to being a Pisces and yeah, my friends say I’m evil. But truthfully, a typical Pisces just doesn’t have the wherewithal to carry out any of their elaborate evil plans. They’re often taken advantage of because they believe the best of people, but the worst they’ll do is dream of ruining your life.

Or they’ll make tearful pleas to everyone you know about how you ruined theirs, playing the victim until you wish you never met them.